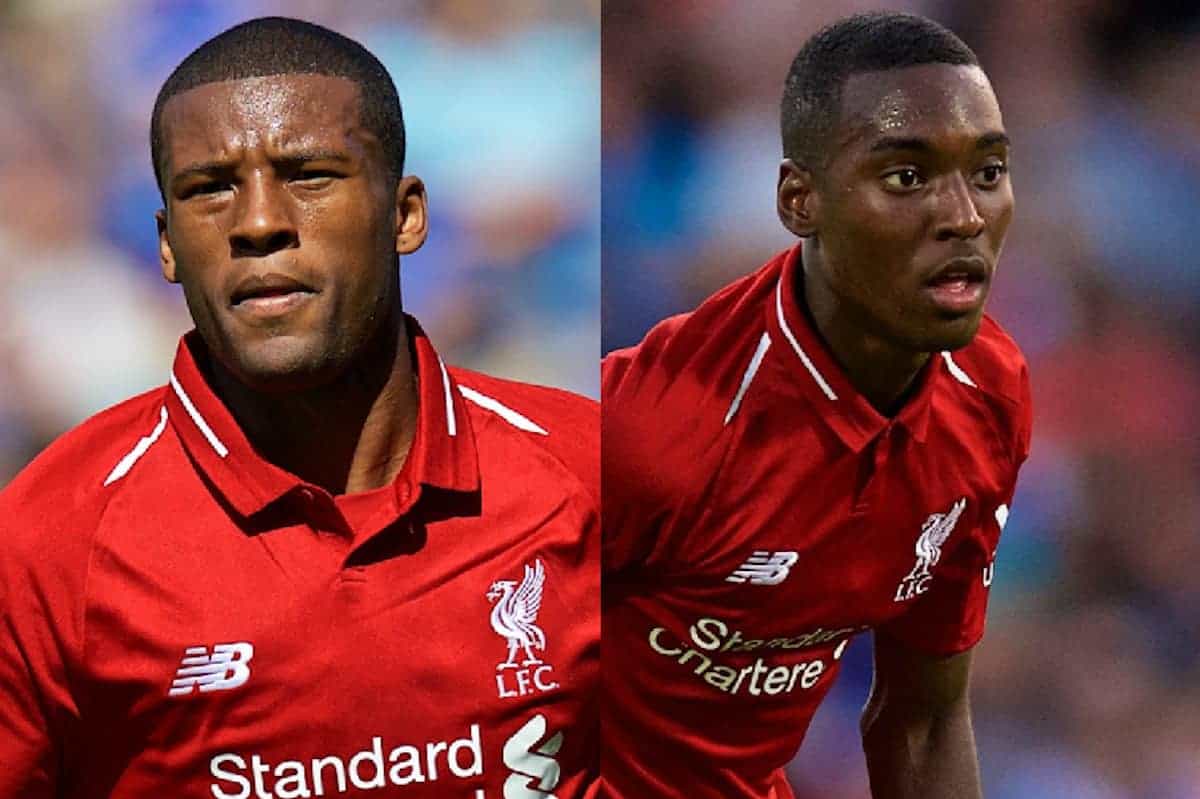 We round up the latest Liverpool news and transfer rumours on Thursday, on what is proving to be an unsurprisingly quiet deadline day at Anfield. 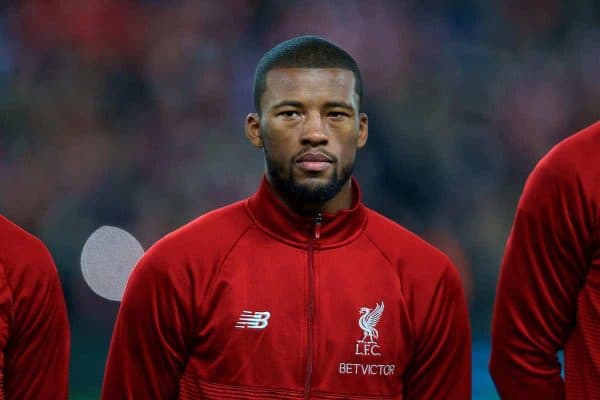 Gini Wijnaldum was powerless to do anything about Liverpool dropping points against Leicester on Wednesday night, following the 1-1 draw at Anfield.

Speaking to LiverpoolFC.com, the Dutchman says it is still a point gained, despite the obvious frustration of not capitalising on Man City‘s defeat to Newcastle:

“We could’ve created a gap of seven points. At the end it’s five but of course we are disappointed that we couldn’t make it seven.

“I think we had a good start, we scored quick [and] after that we had a lot of possession. We didn’t create a lot of chances after that, but it was good.

“They had one chance with the header of Maddison, but the second chance was a goal from them.

“I think everyone was thinking about the seven because it was possible and it didn’t happen. Everyone is disappointed, but I think five points is also good. Every point that you can collect is good.”

Disappointing though it may be to draw, Wijnaldum is spot on: Liverpool are still literally in a better position than they were at the weekend.

Jordan Henderson was used at right-back against Leicester, with the inexperienced Rafa Camacho left on the bench despite being more natural in the role.

Jurgen Klopp has explained the decision, saying the Foxes’ threat down the left flank would have made it a tough assignment for the youngster.

“We had to find a solution,” Klopp said.

“Of course we thought about Rafa Camacho as well. He played in training because Hendo couldn’t train all week, but in the end I made the decision for the more defensive, experienced player in that position.

“They go for it on that side. [Ben] Chilwell is usually really involved in the offensive play, overlapping constantly, stuff like that.

“I didn’t want to give Rafa such a big task in that position for his first game. That’s why we did Hendo, and he did really well, all good from that point of view.”

Rodgers on Dealing With Emotion

Brendan Rodgers knows all about falling short in a Premier League title race, following the disappointment of 2013/14.

And the Ulsterman believes Liverpool handling the pressure and emotion of this season’s battle will be key, especially after so long without glory:

“With 10 games to go the dynamic changes and then with five to go it changes again. It’s just about trying to stay calm and focus on playing well, and if you can do that you get the chance to win.

“It’s a difficult one for Liverpool. It’s an incredible club and the support is amazing, but because it’s been so long the emotion can really affect them.

“So it’s trying to manage that, trying to keep that calmness and use that emotional connection, but also try to ensure you don’t overthink it and just play the game rather than the whole process which is trying to win the league.”

The Reds have looked a little nervy in recent weeks, with no league performance in 2019 entirely convincing—how they deal with the expectations will be huge in the remaining 14 games.

Liverpool head to West Ham on Monday night for their next Premier League examination, with Marko Arnautovic a key man for the Hammers.

The Austrian, who recently signed a new deal at the London Stadium, limped off in Tuesday’s 3-0 defeat to Wolves, with doubt surrounding his involvement against the Reds.

Despite leaving Molineux on crutches, Arnautovic is expected to be fit for the game, after it was revealed he only suffered bruising to his foot.

Liverpool U23s will face The Spartans FC in July as part of the young Reds’ pre-season, the club have confirmed.

The youngsters will meet their Scottish opponents on July 15 at Ainslie Park, home of the two-time Lowland League champions.

The match will celebrate the 10-year anniversary of Spartans’ charity, Spartans Community Football Academy, which “aims to deliver positive social impact and change through the power of people and sport.”

Ticket information and kickoff time will be arranged nearer the time.