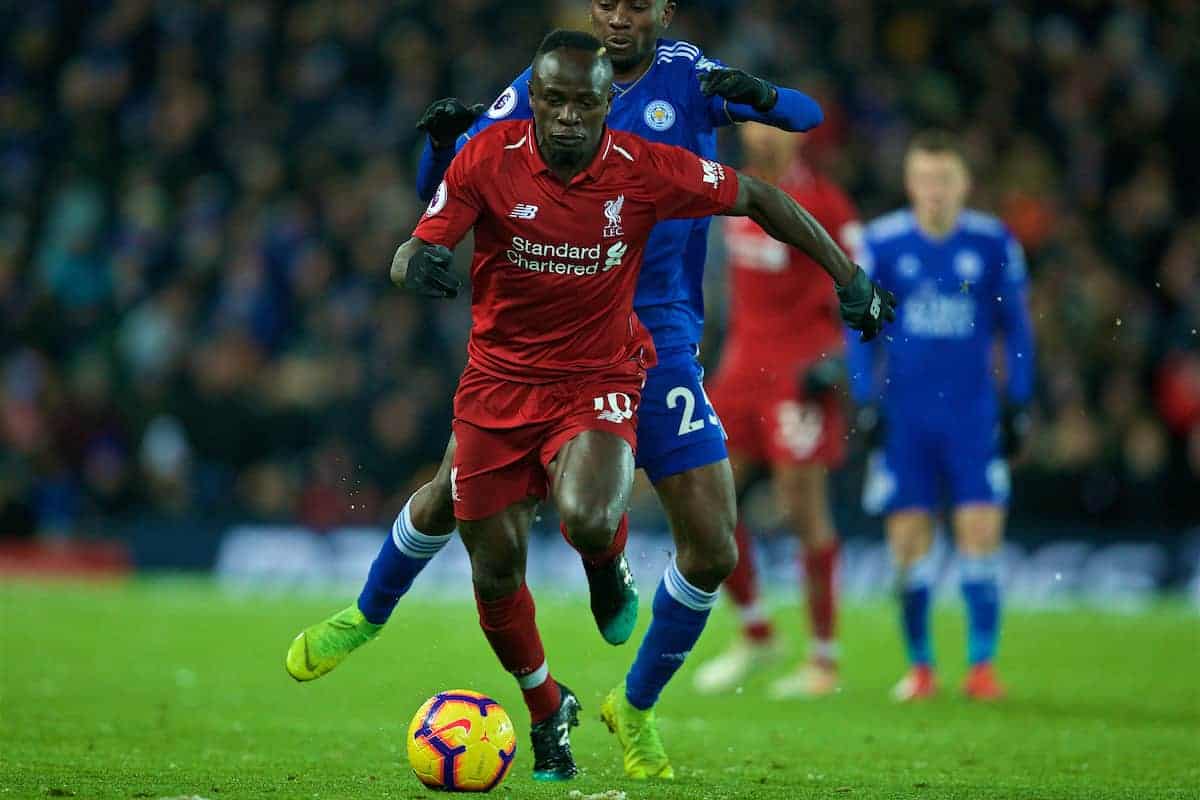 Liverpool could only draw 1-1 with Leicester on Wednesday night, with goalscorer Sadio Mane comfortably outperforming the majority of his team-mates.

The Reds simply never got going on a bitterly cold evening at Anfield, even though Mane fired home in just the third minute.

Failing to make the most of Man City‘s 2-1 defeat at Newcastle 24 hours earlier, Jurgen Klopp‘s men didn’t deserve to get all three points.

Harry Maguire fired home an equaliser just before half-time, and in truth, it was the visitors who had the better chances in the second half.

The draw still means Liverpool have extended their lead at the top of the Premier League to five points—an extremely healthy position to be in going into February. 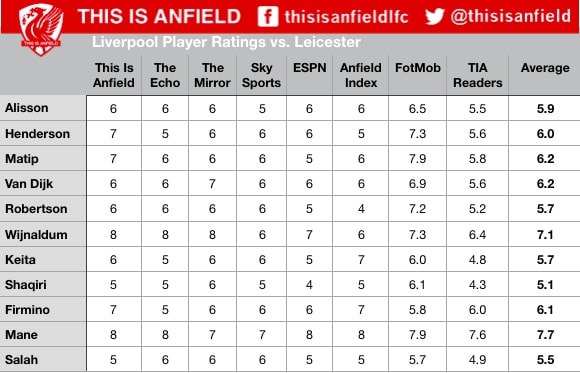 It was no surprise to see Mane (7.7) comfortably average the highest rating overall, with the Senegalese finding the net and impressing in all facets of his game.

The Liverpool Echo‘s Ian Doyle felt he was a “constant danger with his directness and pace,” while ESPN’s Glenn Price hailed his “tracking back and defensive contribution.”

The second highest-rated individual was Gini Wijnaldum (7.1), who put in a shift in the middle of the park and attempted to influence proceedings.

This is Anfield’s Joel Rabinowitz felt the Dutchman’s defensive work was “exceptional,” highlighting the unsung role he often plays in this Reds side.

There wasn’t the same level of praise for Naby Keita (5.7), unfortunately, who failed to stamp his mark on the game, albeit in a more disciplined midfield role.

FotMob highlighted the fact that the 23-year-old lost 13 duels, which perfectly sums up why many were left underwhelmed with his showing.

Jordan Henderson (6.0) was used in an unnatural right-back role because of injuries to key men and he received mixed reviews.

Price felt the skipper had a “decent” night at the office, but Anfield Index’s Oliver Emmerson described his use of the ball as “excruciatingly poor.”

Somebody whose dip in form has gone a little under the radar is Xherdan Shaqiri (5.1), who seems to be more effective as a substitute.

He was Liverpool’s lowest-rated player at Anfield and there are now question marks surrounding his involvement away to West Ham on Monday night.

Doyle correctly concluded that the Swiss was “too often on the periphery” of proceedings and Price gave him a measly four-out-of-10 rating.

The aforementioned trip to West Ham is up next for the Reds, with their lead at the top potentially cut to two points by then, should Man City beat Arsenal at the Etihad on Sunday.