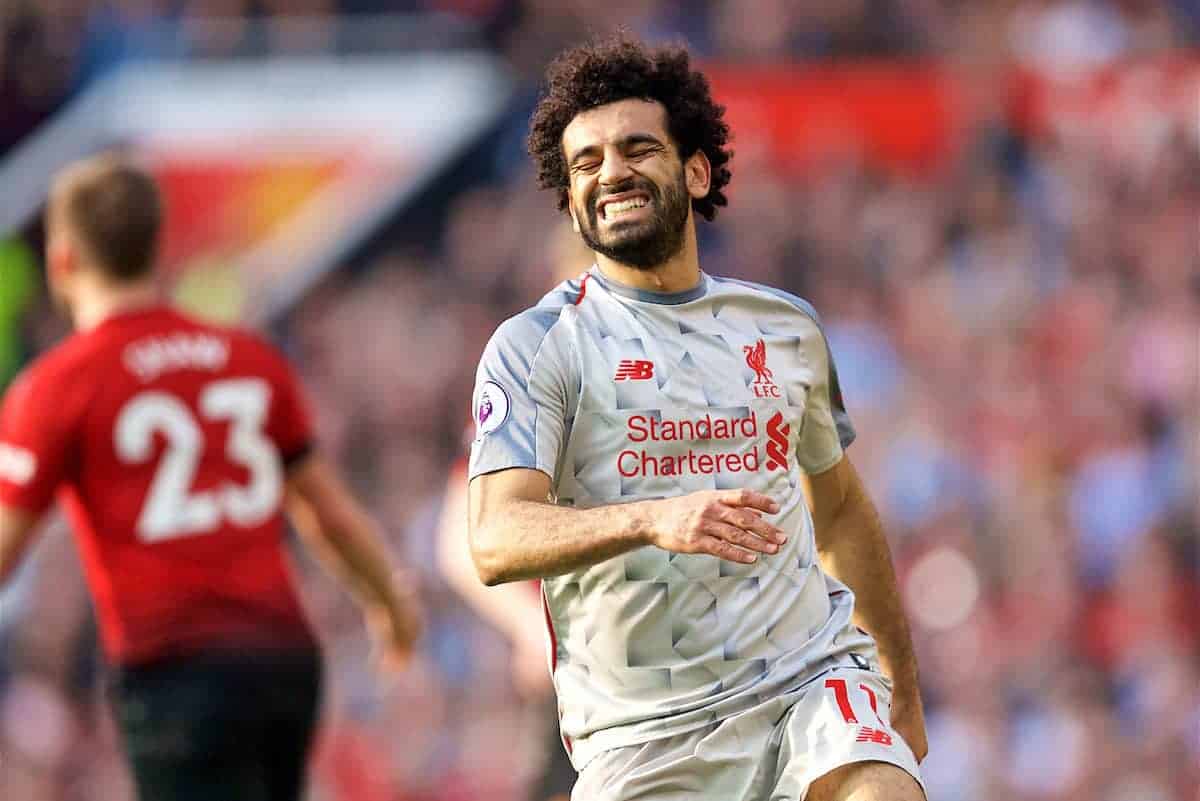 Liverpool returned to top of the Premier League table despite being held to a frustrating 0-0 draw by Man United at Old Trafford, as the attack failed to fire.

The Brazilian had an off night against Bayern Munich in midweek but was back to his usual self at Old Trafford.

Didn’t have much to do overall as Liverpool controlled proceedings and defended strongly, but did what he had to well.

Made an unbelievable stop to deny Jesse Lingard a certain goal, getting down superb to put a clean hand on the ball as the United forward looked to round him. A point-preserving save.

It was a huge surprise to see the vice-captain deployed at right-back, especially considering his most recent outings there have been unconvincing.

And this was unfortunately another uninspiring outing for Milner.

Provided a willing outlet but his quality was infuriatingly poor, while he was too easily bypassed defensively as he struggled to read situations or show awareness to developing danger, with United’s main threat coming down his side.

Milner in this role is not something that should be seen again from hereon in.

One of Liverpool’s better performers on the day.

Did well up against Romelu Lukaku who clearly targeted the Cameroonian, as United looked to overload Liverpool’s suspect right side, nipping the ball off the Belgian time and again.

Excellent work bringing the ball out from the back to instigate attacking moves and was the biggest source of creativity for most of the game, which tells its own story.

Will have been relieved to see offside flag go up when he knocked into his own net from Chris Smalling’s cross 15 minutes from time.

Back at the heart of defence for the biggest game of the season, the Dutchman was in good form on his return to the side.

Won everything that came his way in the air, defended crosses well inside the box and showed his class reading dangerous situations.

Was relatively untroubled but makes everything look so effortless.

A solid but unspectacular performance from the usually excellent left-back.

Not quite the marauding presence he can be but still produced one great cross in the first half when he did go forward, which someone should have finished.

Defended his back post well when Lukaku pulled across and looked to try and force the issue in the second half.

Restored to holding midfield as expected and stood out as Liverpool’s best player on the day.

First outing in the heat of the battle at Old Trafford but never looked flustered, showing complete composure and calmness in everything he did.

Excellent work on the ball with crisp passes and some great switched balls to the flanks and did a great job winning possession back too.

The captain deserved to keep his place in the starting XI after producing arguably his best performance of the season against Bayern.

Played a slightly different role to where he shone in midweek, moving further forward and to the right to help block up the right channel and assist Milner.

Wasn’t as influential here. Did his defensive duties well, especially second half regaining the ball in some dangerous areas, but was unambitious with his passing and offered no incision.

Though the midfield selection was the big headache for Klopp pre-match, there was no doubt that the ever-reliable Dutchman would be included.

Buzzed around as always, using his intelligence to help grab control of midfield, showing nice composure on the ball with some tidy exchanges with Fabinho.

Could have offered more attacking threat in the second half but was still one of the Reds’ better players, as is nearly always the case.

The No. 10 has been in great form recently but had a real off day at Old Trafford, keeping things consistent in Liverpool’s attack.

Buzzed around, showing nice movement and bravery in possession as he at least looked to carry the fight, produce ideas and make things happen.

But his passing and linkup play was unbelievably poor and moves constantly broke down because of this lack of quality. Disappointing.

You need your best players to rise to the occasion in such games, but the Egyptian was non-existent at Old Trafford, turning in a really poor performance.

Lacked any threat, constantly broke up attacks with poor passes and touches, and was slow to get in goalscoring positions. A big disappointment.

United remains the only team he hasn’t scored against for Liverpool.

A frustrating afternoon for the Brazilian who struggled to fully get involved in the game and influence proceedings during his half-hour on before injury.

However, he should have done much better to punish the sloppy early back-pass from Ashley Young, but strangely seemed to lack bravery and desire to win a penalty or round David de Gea.

It was a surprise that Klopp turned to Sturridge to replace Firmino, especially given his lack of football of late.

And it showed with Sturridge failing to offer anything decisive in attack, never looking like scoring and constantly losing possession.

Unfortunately not the game-changing forward you need to turn to.

On the final 20 minutes as Liverpool moved to 4-2-3-1, taking up his usual position on the right of the attack.

Tried to get on the ball and looked for a trademark killer pass from deep but couldn’t find it with little going on ahead of him.

Thrown on to see if he could provide the moment of inspiration, and was at least lively with one good run getting in behind.

Again though, not of the game-changing quality needed when you are looking to win the Premier League.

This wasn’t a good day at the office for Klopp, and it couldn’t have come at a worse time.

The German made some odd decisions, namely starting Milner and introducing Sturridge for Firmino, and neither paid off with both players failing to impress in their respective roles.

Was frustratingly unambitious with his changes in the second half, waiting too long to introduce Shaqiri in particular, and it was reflected in a sluggish performance from his team.

The game was there for the taking in the second half but Klopp failed to provide the injection needed to push the team forward as the Reds drifted through to a draw.

It is undoubtedly an opportunity missed against a depleted United team and one the boss may come to regret.