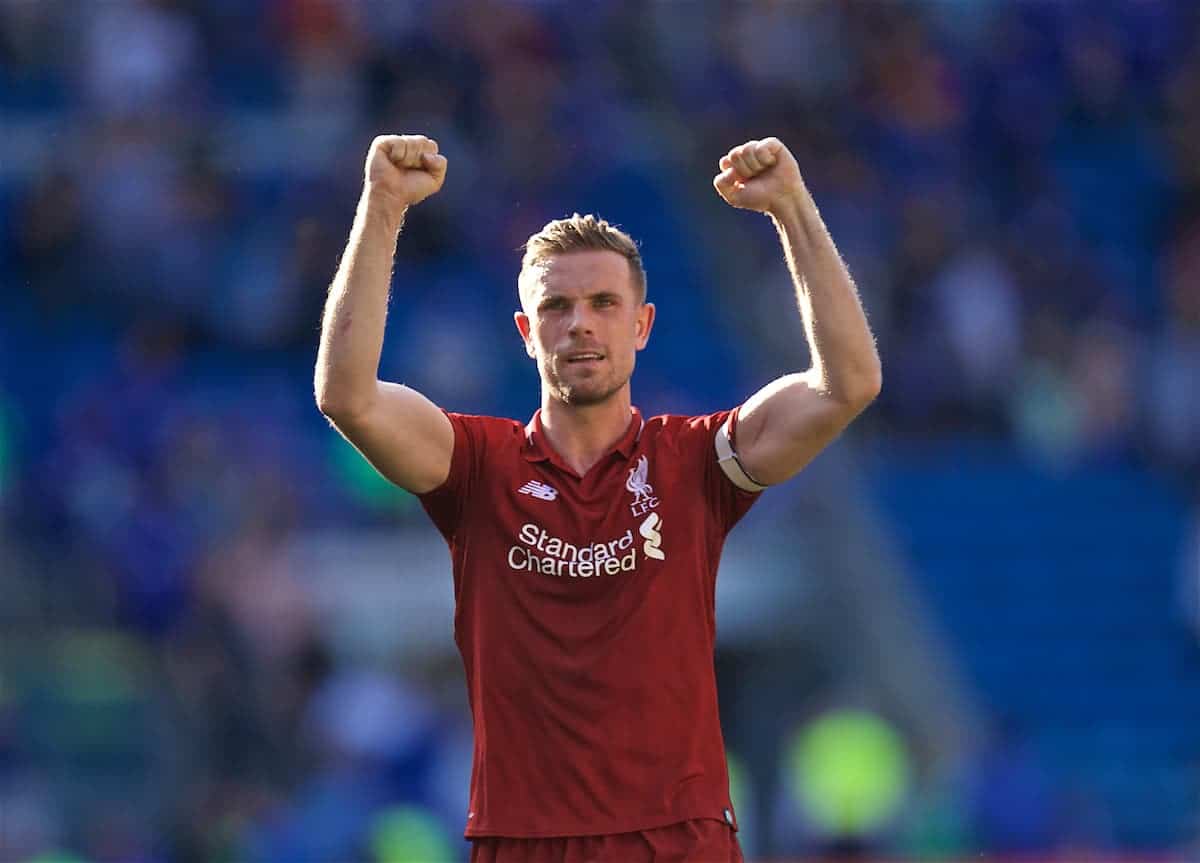 Liverpool ground out a resolute 2-0 win at Cardiff on Sunday and it was the centre-backs and a goalscorer who earned the most praise from the media.

The Reds dominated their relegation-threatened opponents at the Cardiff City Stadium, but found themselves level at the break.

Jurgen Klopp‘s side refused to let the pressure get to them, however, in what was a must-win game, with goals from Gini Wijnaldum and James Milner inspiring them back to the top of the Premier League.

It was a yet another vital three points for Liverpool, and their ninth victory in a row in all competitions, as their fantastic season continues. 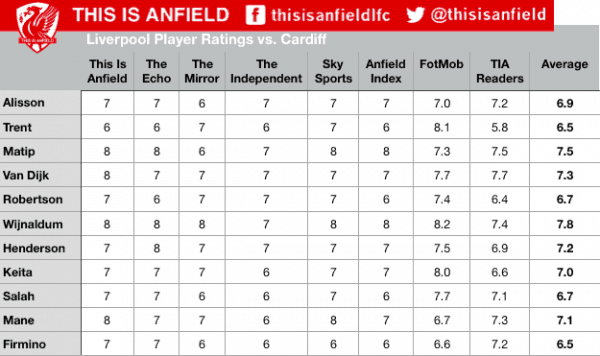 Gini Wijnaldum (7.8) earned the highest average rating on the day, coming back into the side and impressing in the No. 6 role.

It was Joel Matip (7.5) who was second in the ratings, as the Cameroonian’s rich vein of form continues.

This is Anfield’s Joel Rabinowitz felt he “stood up to the challenge impressively,” with FotMob noting that he won six duels and enjoyed a 91 percent pass completion rate.

Virgil van Dijk (7.3) was actually outperformed by a defensive team-mate for once, but that’s not to say he didn’t also perform admirably.

Liverpool’s star man this season barely put a foot wrong alongside Matip, with TIA’s readers actually voting him as their Man of the Match.

Doyle thought the Dutchman “oozed calmness,” settling the nerves of those around him and in the travelling Kop.

It wasn’t a great day for Alexander-Arnold (6.5), however, who is occasionally guilt of being shown up defensively against a speedy wide-man.

That was the case with Cardiff winger Nathaniel Mendez-Laing, although Anfield Index praised him for being “steadier after the break,” and also highlighting his involvement in Wijnaldum’s goal.

Alexander-Arnold and Roberto Firmino (6.5) got the lowest ratings in south Wales, although both were far from poor.

Next up for the Reds is the visit of relegated Huddersfield on Friday evening, in what on paper should represent one of the more straightforward games of the season.

Before that, all eyes will be on Old Trafford on Wednesday as Man City take on Man United, in a rare case of Liverpool fans willing on their bitter rivals.

If United can take points off their local adversaries, destiny will be in the hands of Klopp and his players.