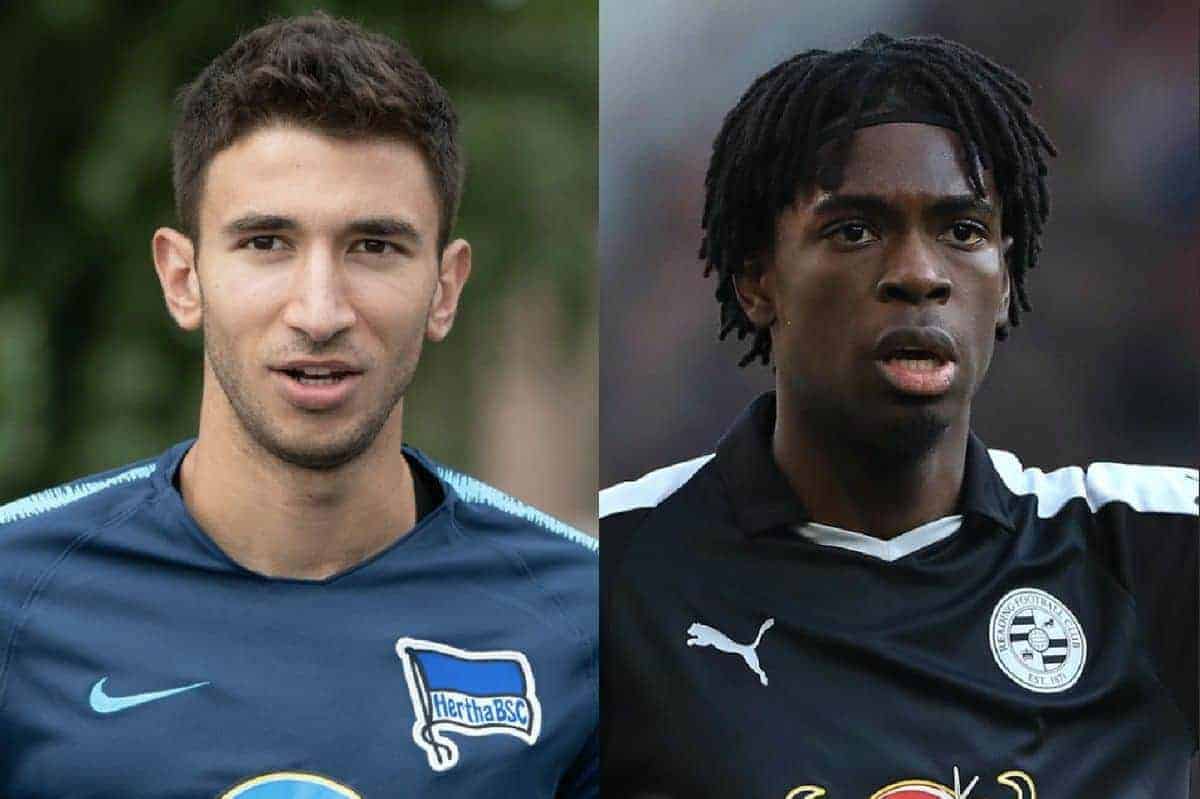 Marko Grujic and Kamil Grabara can both make an early response to frustrating outings this weekend, while Ovie Ejaria will be keen to build on a great afternoon.

Grujic has been one of Liverpool’s standout loanees this season, but was powerless to stop Hertha Berlin’s humiliating 5-0 defeat to RB Leipzig last Saturday.

The Serbian played the full 90 minutes at the Red Bull Arena, but despite making more tackles than any other player (five) and creating more chances (three) than all but Emil Forsberg (eight), suffered the biggest loss of his senior career.

Hertha are in action next on Saturday afternoon, at home to 11th-placed Fortuna Dusseldorf, and will be desperate for a much more productive game.

Grujic should make his 18th start of the season against a side that includes Davor Lovren, Dejan’s brother, and the hope will be that this time out his team-mates are equal to his own performance levels.

Another player to have suffered disappointment last time out was Grabara, whose two errors allowed Vejle BK to take a 2-2 draw from AGF Aarhus’ ‘relegation round’ playoff on Monday night.

This serves as a mental test for the 20-year-old, who was swiftly established as AGF’s first-choice goalkeeper on his move to Denmark in January.

The Pole should be expected to make mistakes this early into his career, and it is now about how he overcomes these, with Grabara a player of considerable potential which should be nurtured.

Fortunately, AGF are back in action as soon as Friday evening, when they take on Horsens as they continue their push for a place in next season’s Europa League.

One player to have enjoyed a much more positive weekend was Ejaria, whose time at Reading has been stop-start due to injury, but is still showing moments of real promise.

The 21-year-old midfielder played 89 minutes in the Royals’ shock 2-1 win over promotion candidates Preston North End, and was one of the standout talents as they edged further away from the relegation zone.

Ejaria, who has made nine appearances since swapping Rangers for Reading in January, should make his 10th outing against Hull City on Saturday.

Hull are another side who could still finish in the playoff places, and Ejaria can help claim another big scalp if he is on top form again.

Elsewhere over the weekend, Allan Rodrigues faces a Carioca Serie A semi-final with Fluminense, Nathaniel Clyne‘s Bournemouth take on Burnley and Taiwo Awoniyi should reclaim his starting spot as Mouscron play Cercle Brugge.