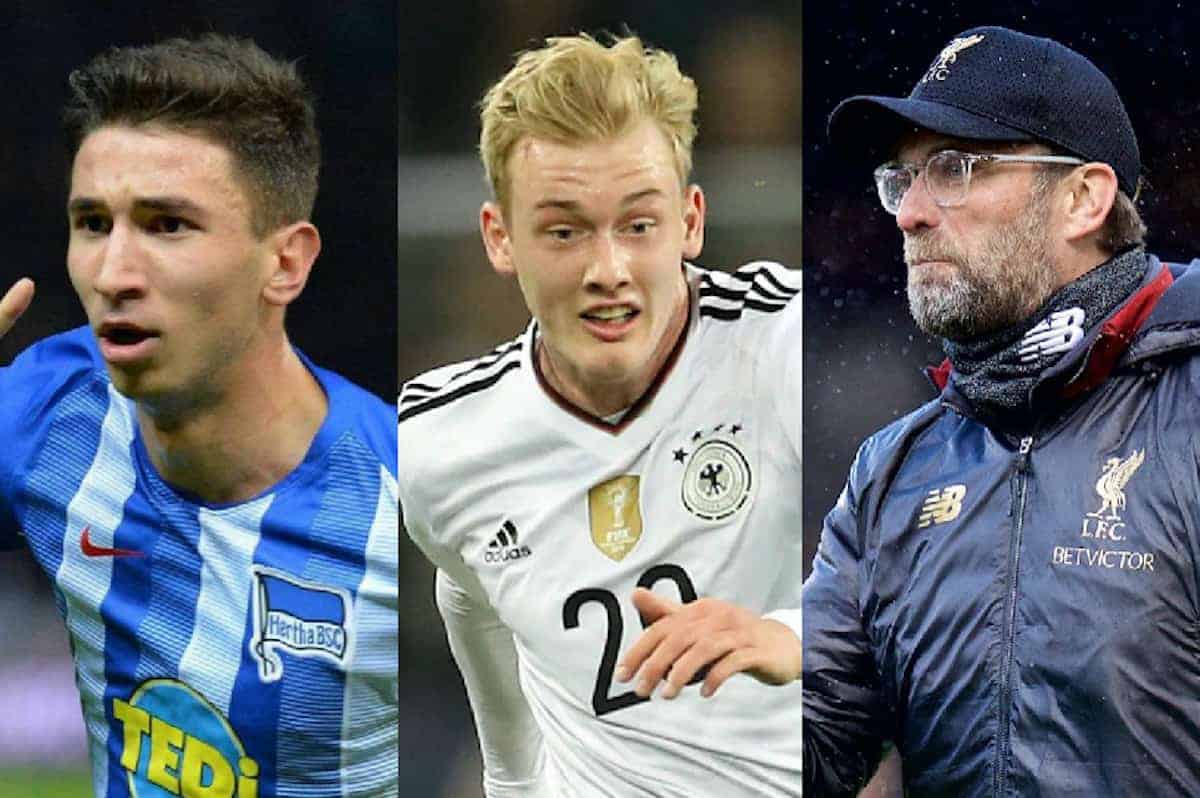 We round up the latest Liverpool news and transfer rumours on Monday, as the Reds fly out to Marbella for their pre-Champions League final training camp.

Marko Grujic has shone on loan at Hertha Berlin this season, proving to be one of the Bundesliga’s most influential midfielders.

The Serb could potentially return to Liverpool this summer, although it looks increasingly as though another 12 months at Hertha would benefit all parties.

“We have a permanent exchange with Liverpool FC and have had some personal talks with Jurgen Klopp over the past week with Marko.

“Liverpool will sit down after the Champions League final to discuss the squad for the next season and we think Marko would do well for another season in Berlin to reach the level that Liverpool play Marko himself would like to stay in.

“I cannot promise anything – only that I will try everything that the boy plays next year in Berlin.”

Grujic will be keen to be a regular, but Klopp could persuade him he can get playing time replacing someone such as Adam Lallana in the Reds’ squad.

Julian Brandt has been on Liverpool’s radar for a few years now, having initially been a target in 2017 before Mohamed Salah was signed instead.

The Bayer Leverkusen midfielder has again been linked with a move to the Reds in recent weeks, but it looks as though his next destination will be to Klopp’s former club, not current one.

Bild claim that Brandt is on the verge of joining Borussia Dortmund, with the Bundesliga runners-up seeing him as someone who can add depth and quality in the absence of Chelsea-bound Christian Pulisic.

Brandt would have been perfect in Jurgen Klopp‘s system, with his versatility allowing him to play out wide or centrally.

Liverpool now look like they will have to focus on other options instead.

It’s always nice to hear about former Liverpool youngsters thriving and that certainly applies to Tom Brewitt, who clinched FA Trophy glory with AFC Fylde at Wembley on Sunday afternoon.

The National League side, who missed out on promotion to the Football League after losing in the playoffs, defeated Leyton Orient 1-0 at the national stadium.

Brewitt was introduced as a substitute with just 12 minutes played, following an early injury to defender Neill Byrne.

The 22-year-old moved from Liverpool to Middlesbrough in the summer of 2017, before joining Fylde the following year.

It has been confirmed that Liverpool and Tottenham will be able to name 12 substitutes when they meet in the Champions League final next month.

Liverpool’s squad can be up to 23 players in Madrid, meaning the number of subs has increased to 12 from the original seven.

Could Daniel Sturridge enjoy a Vladimir Smicer-style send off? Will Alberto Moreno fire a 94th-minute volley into the top corner?

Spanish football reporter Guillem Balague had claimed over the weekend that Liverpool were in contention to sign coveted Dutch defender Matthijs de Ligt, but such interest has been well and truly scuppered on Monday.

Both the Echo‘s James Pearce and the Standard‘s David Lynch have stated Liverpool have no intention to sign the impressive 19-year-old.

Klopp is said to be happy with his centre-back options, which presumably means Dejan Lovren is happy to remain at the club despite now being fourth choice and turning 30 this summer.

More understandably, it is claimed Klopp wants a versatile defender who can play left-back, to replace Alberto Moreno.

You might want to hope that such a new defensive signing can also cover at right-back as more depth is required there if Joe Gomez is going to be centre-back and right-back cover again.