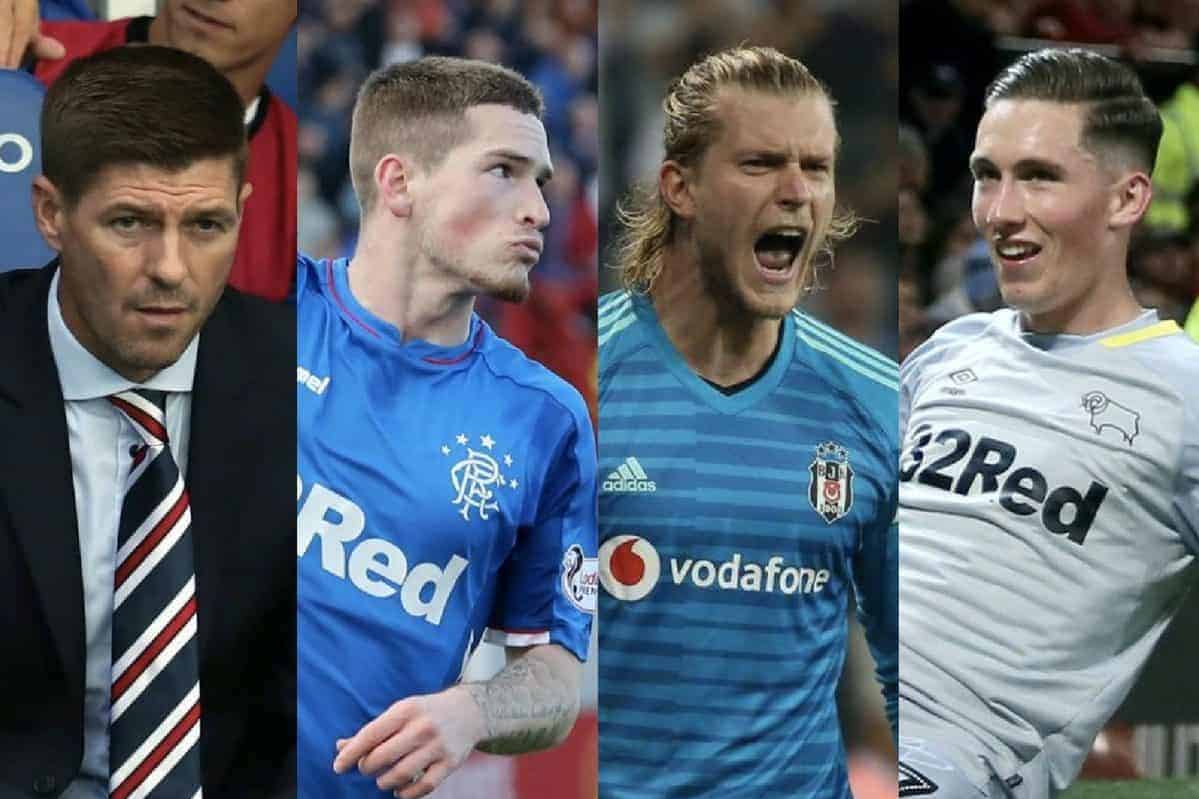 Steven Gerrard has confirmed ongoing talks between Rangers and Liverpool, as he looks to persuade his former club to agree to another loan deal for the winger.

The 22-year-old scored six and assisted nine in 43 games for Rangers throughout his loan spell, and both Gerrard and Kent have been open about their desire to continue the relationship.

Whether this is likely is questionable, with Liverpool seeking a permanent deal worth around £12 million for the player, who has conceded his future is not at Anfield.

But if not exit materialises, Gerrard is hopeful Kent can return to Ibrox, as he told BT Sport after Rangers’ 2-1 loss to Kilmarnock on the final day of the Scottish Premiership on Sunday.

“We’re doing everything we can,” he explained.

“We’re speaking to Liverpool, we’re in touch with Ryan’s representatives, we’ve made an offer and we’re hopeful.

“But there’s nothing to say on it to confirm it but for our supporters what I can do is guarantee we’re doing everything we can to try and get him in.”

Meanwhile, Harry Wilson is preparing for a Championship playoff final as Derby take on Aston Villa at Wembley next Monday afternoon.

Like Kent, Wilson has been one of his side’s standout players this season, and so far the Wales international has scored 18 goals and assisted a further six in 48 appearances for the Rams.

He will be hoping to clinch promotion to the Premier League in what could be his final game for Derby, though he told Goal last week that it would “be foolish if I started looking too far ahead” regarding his future.

Wilson did, however, outline his ambition to play in big games, “whether it’s at Liverpool [or] whether it’s somewhere else,” which could suggest he is prepared to leave in search of regular first-team football.

Derby may be able to provide that in the Premier League if they defeat Villa, with the financial boost of promotion potentially fuelling a big-money switch.

Elsewhere, Loris Karius told Fotomac that, after a period of uncertainty at Besiktas, “if all parties are happy and satisfied” he is set to stay in Istanbul for the second season of his two-year loan.

Karius, Wilson and Kent are unlikely to be the only Liverpool loanees whose futures come under scrutiny this summer, with Millar, Marko Grujic, Sheyi Ojo, Taiwo Awoniyi, Ovie Ejaria and Pedro Chirivella among those set for talks.