Liverpool have confirmed their 26-man squad flying to Marbella for Champions League final preparations this week, with Naby Keita making the trip.

The Reds will spend the next six days in Spain before returning to Melwood to finalise their plans for their clash with Tottenham in Madrid on June 1.

Warm-weather training and close proximity at the camp in the Costa del Sol are aimed to provide Jurgen Klopp‘s squad with the perfect platform in their pursuit of a sixth European Cup.

There have been concerns over injuries to Keita and Roberto Firmino in the buildup, but the latter is expected to be fully fit after returning to ball work last week.

But the Guinean has also been included in the group to travel this week, after his international manager, Paul Put, claimed he could still return from an adductor problem in time for the final.

According to the Liverpool Echo, the club “insist it’s too early to say whether that is realistic and will continue to monitor him closely,” with the plan simply to “keep Keita involved.”

Alex Oxlade-Chamberlain has also made the plane, along with Adam Lallana and academy quartet Caoimhin Kelleher, Ben Woodburn, Curtis Jones and Rhian Brewster.

There is no place for Rafa Camacho, however, as speculation continues over a summer exit for the 18-year-old winger.

Klopp has revealed no further surprises with his selection, with the remainder of his first-team squad present and expected to take full part in training in Marbella. 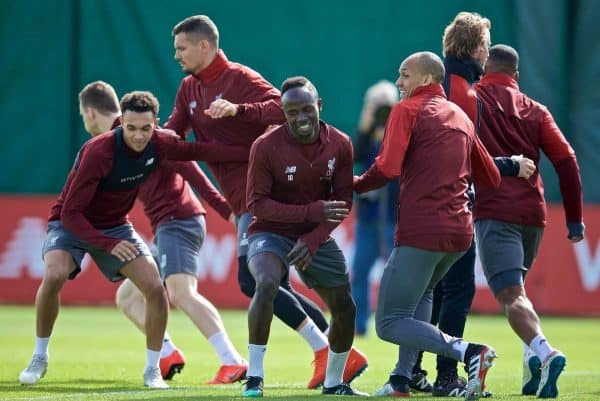