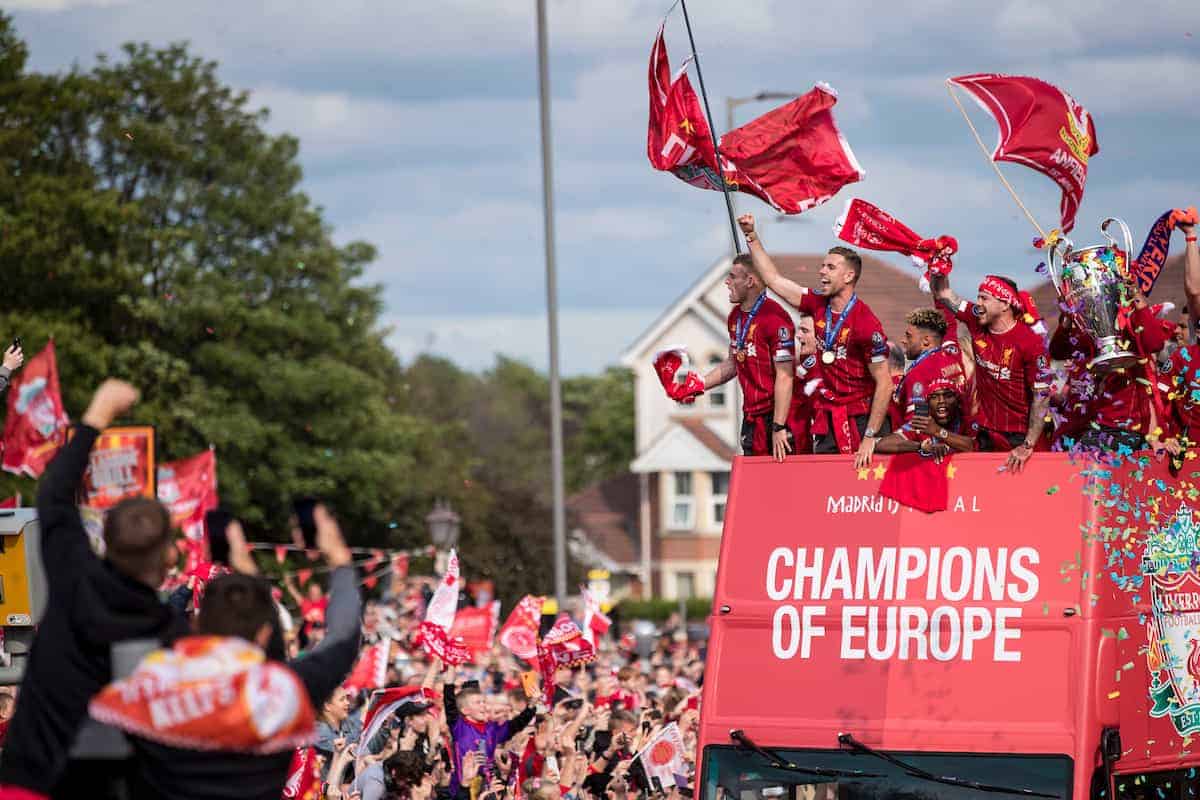 Liverpool have secured additional tickets for their UEFA Super Cup meeting with Chelsea in Istanbul next month.

They, like their opponents, were initially given 5,257 tickets for the game at the 38,000-capacity Vodafone Park, home of Besiktas, on August 14.

However, following talks with UEFA, who pledged 78 per cent of tickets would be available to the general public, they have managed to increase that number.

“Liverpool have been working closely with UEFA and have been able to secure a small additional ticket allocation,” said a club statement.

The extra tickets will be sold to supporters who were unsuccessful in obtaining tickets for last month’s Champions League final victory over Tottenham.

Liverpool experienced massive ticketing issues for the match at the Wanda Metropolitano in Madrid, having been allocated just 16,600 of the 64,000 tickets available.

A collector’s item for every fan – the official LFC matchday programme for the day the Reds lift the title is available to pre-order now.