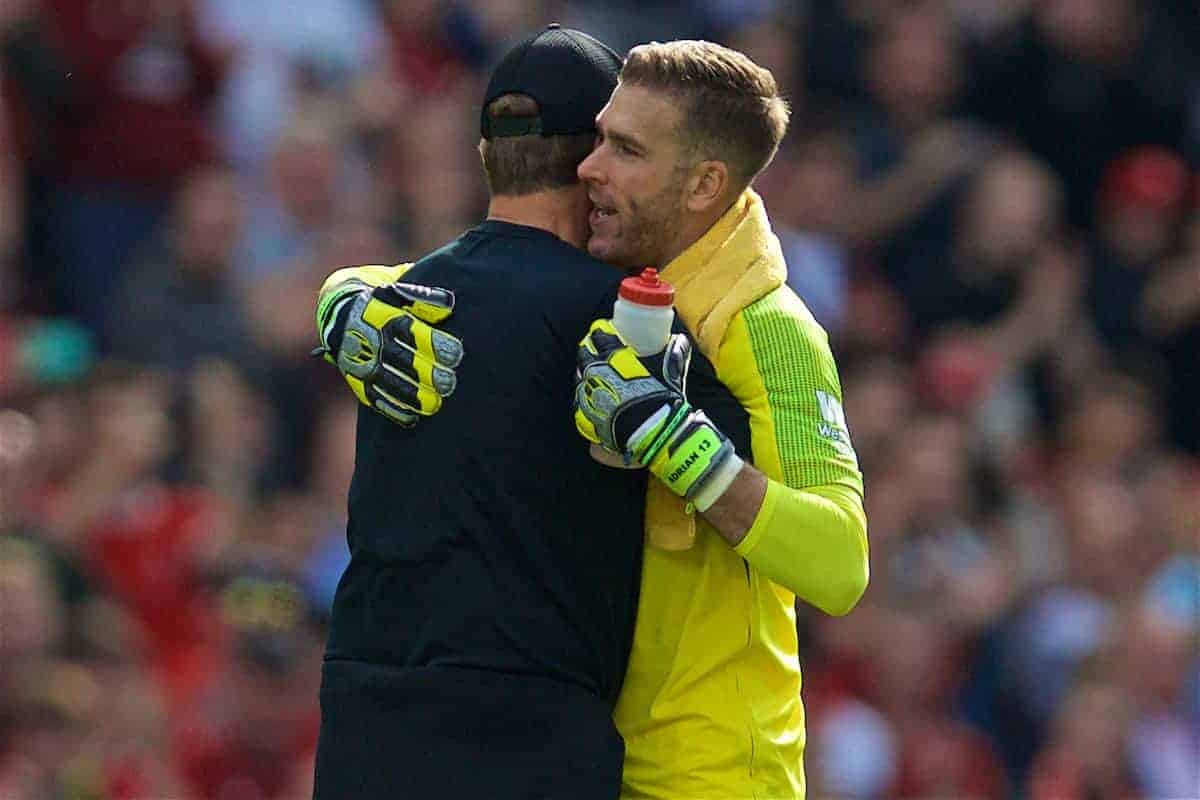 Adrian has experienced a baptism of fire since his free transfer to Liverpool, and Jurgen Klopp believes he has now found a “real connection” with his defenders.

The Spaniard arrived at the club on August 5, four days before the opening game of the Premier League and Alisson‘s unfortunate calf injury in the 4-1 victory over Norwich.

Since then, Adrian has filled in as Klopp’s starting goalkeeper, and in six outings has kept just one clean sheet so far, with his error in the 2-1 win at Southampton denying him a first shutout early on.

Liverpool have largely continued to win, with Tuesday night’s 2-0 defeat to Napoli their first of the campaign on a night that saw the No. 13 produce some excellent saves.

Speaking ahead of Adrian‘s fifth league outing for the Reds against Chelsea on Sunday, Klopp was asked about his improvement on the ball and overall, providing a convincing case for his shaky start.

“That’s normal. The Southampton was exceptional, of course,” he told reporters.

“I don’t know how long he was in when we played Southampton, maybe two or three weeks max, not longer.

“And of course, they know each other much better. Hopefully it stays like this, because now they start having a real connection.

“But that couldn’t have been the case in the first few games, there was no chance for that, we just had to take what we got, use Adrian without any match practice, or no match experience for I don’t know how long.

“He did really well, he did outstandingly well, and yes now they have the connection we need, and that’s good of course.”

While Adrian certainly isn’t of the world-class quality of Alisson—who is according to Klopp making “big progress” but still not close to returning—the 32-year-old has filled in admirably.

He is widely regarded as a positive influence in the dressing room, and already a popular character within the squad, which has no doubt aided this “connection.”

On face value, he was a cost-effective replacement for Simon Mignolet, but he has shown he is better suited to the Reds’ style of play—particularly, as per the line of questioning, with the ball at his feet.

Sunday will bring a big test against a Chelsea side who netted five in their last league game at Wolves, and have scored the third-most goals in the Premier League so far this season.

But Klopp clearly has faith in his stand-in stopper and, increasingly, so do his team-mates too.