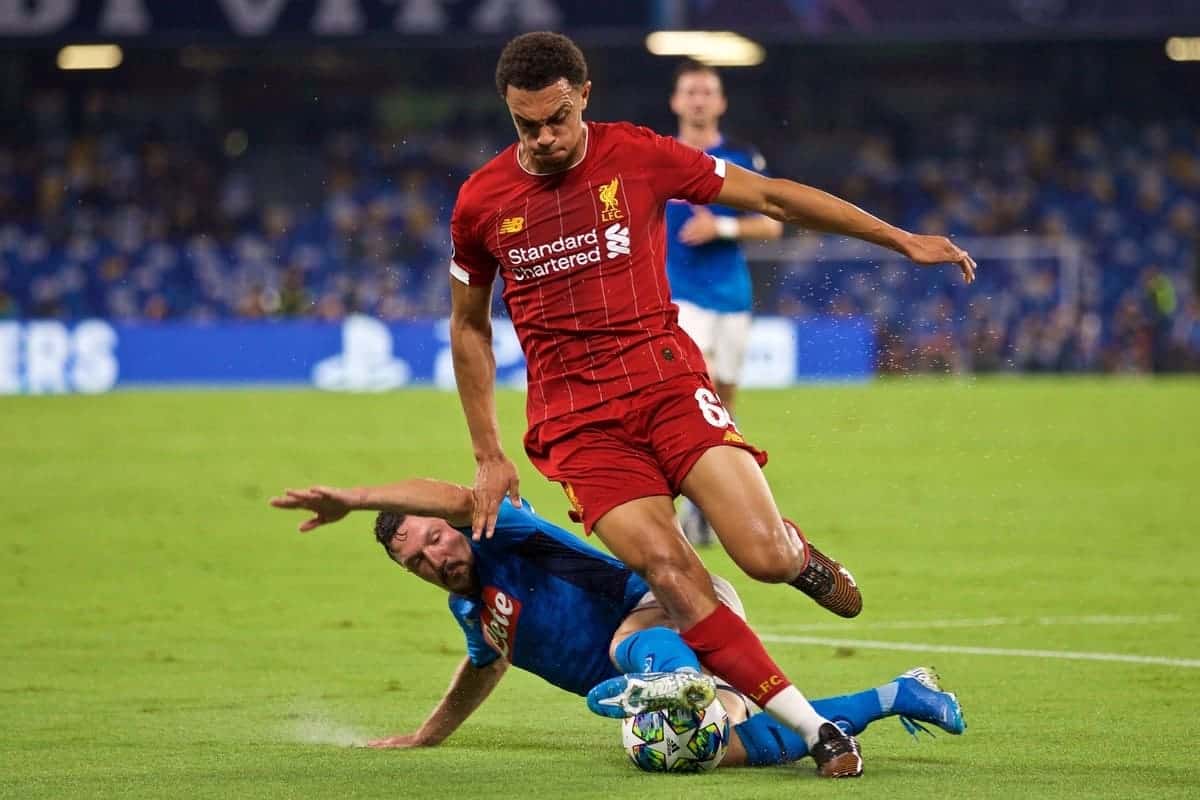 Liverpool suffered defeat on their return to Champions League action on Tuesday, with Napoli prevailing 2-0 at Stadio San Paolo.

The Reds headed to Naples as European champions but were left with a stinging feeling not felt since the 3-0 loss at Barcelona in May.

Jurgen Klopp‘s side performed far better than they did in last season’s game in Italy, but unfortunately, they still return home empty-handed.

A soft-looking late penalty was awarded after Andy Robertson was adjudged to have fouled Jose Callejon, with VAR once again very much under the microscope.

Dries Mertens fired past Adrian to open the scoring—the Liverpool goalkeeper had earlier made an outrageous save—and the game quickly got away from the Reds.

A rare mix-up in defence between Virgil van Dijk and Robertson then allowed Fernando Llorente to put the icing on the cake in stoppage time.

Ultimately, Liverpool paid the price for some sloppiness in the final third, as Mohamed Salah, Sadio Mane and Roberto Firmino all failed to find their ruthless top gear.

The result is no great disaster, however, with Klopp’s men still expected to progress into the knockout stages later this year.

A response is required at Chelsea on Sunday afternoon, though, with their 100 percent Premier League record on the line.

And next up in the Champions League is a home clash with Red Bull Salzburg, who thrashed Genk 6-2 in their Group E opener, including a hat-trick from prolific teenager Erling Braut Haaland.