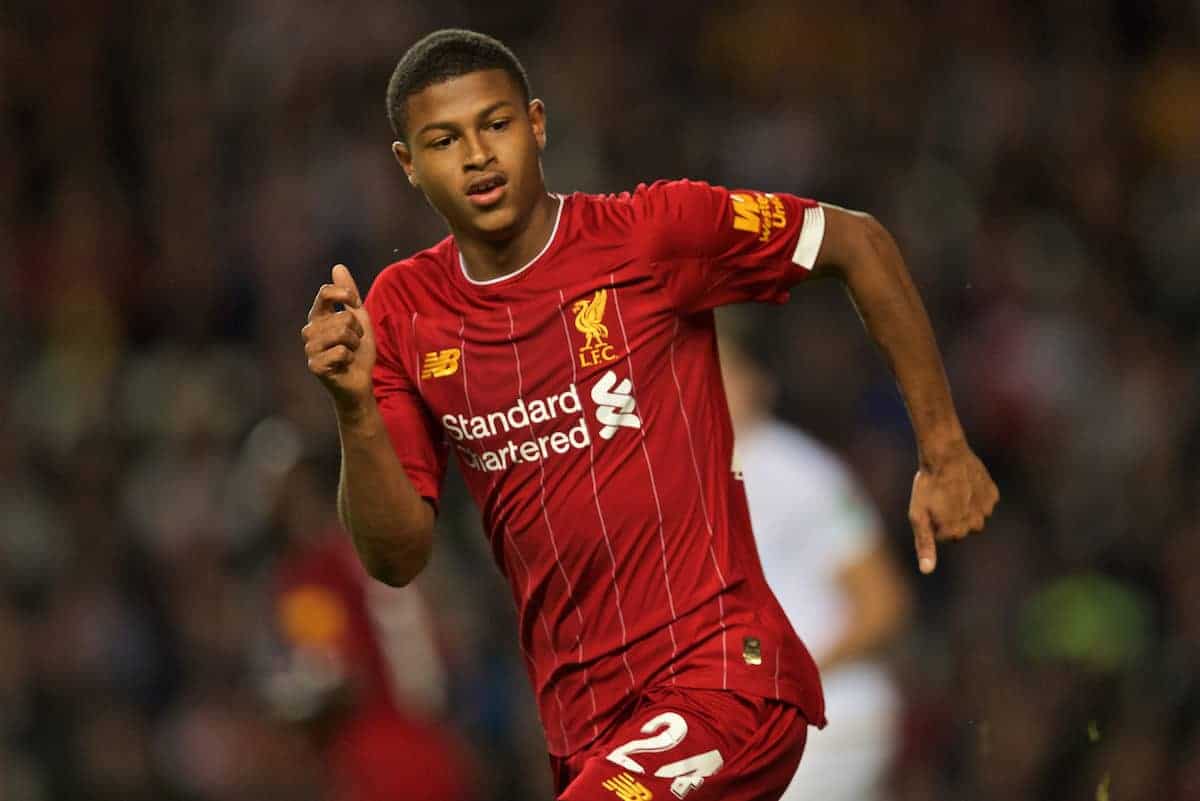 Jurgen Klopp will rotate his side for the League Cup clash with Arsenal, but how many youngsters will start and will we see a couple of new debutants?

A weekend win over Tottenham came with no shortage of stress, as well as the news that Joel Matip is set for an extended spell on the sidelines.

Mo Salah is fine and uninjured, thankfully, though it’s unlikely he’ll be involved in the domestic cup at this stage anyway.

The Reds now face three games where rotation is plausible—Arsenal, Aston Villa, Genk—ensuring players are fit and have rhythm before the all-important Premier League fixture against Man City.

As a result, the big question is how many youngsters to involve in this game, and which of the seniors can perhaps benefit from a couple of starts in succession.

There will be a mix of youth and experience, so here’s a look at how the Reds might line up at Anfield.

Pepijn Lijnders gave the pre-match press conference in place of Jurgen Klopp and acknowledged that the Reds will be without a couple of players for the forthcoming weeks.

An addition to the aforementioned Matip, who will be out for six weeks or so, Xherdan Shaqiri will be missing for the Reds until after the international break in November.

On a more positive note Salah is fine and Virgil van Dijk suffered no lasting effects after a knock against Spurs.

The squad has been boosted this week with a whole host of Academy prospects training with the seniors, in preparation for this Cup tie. 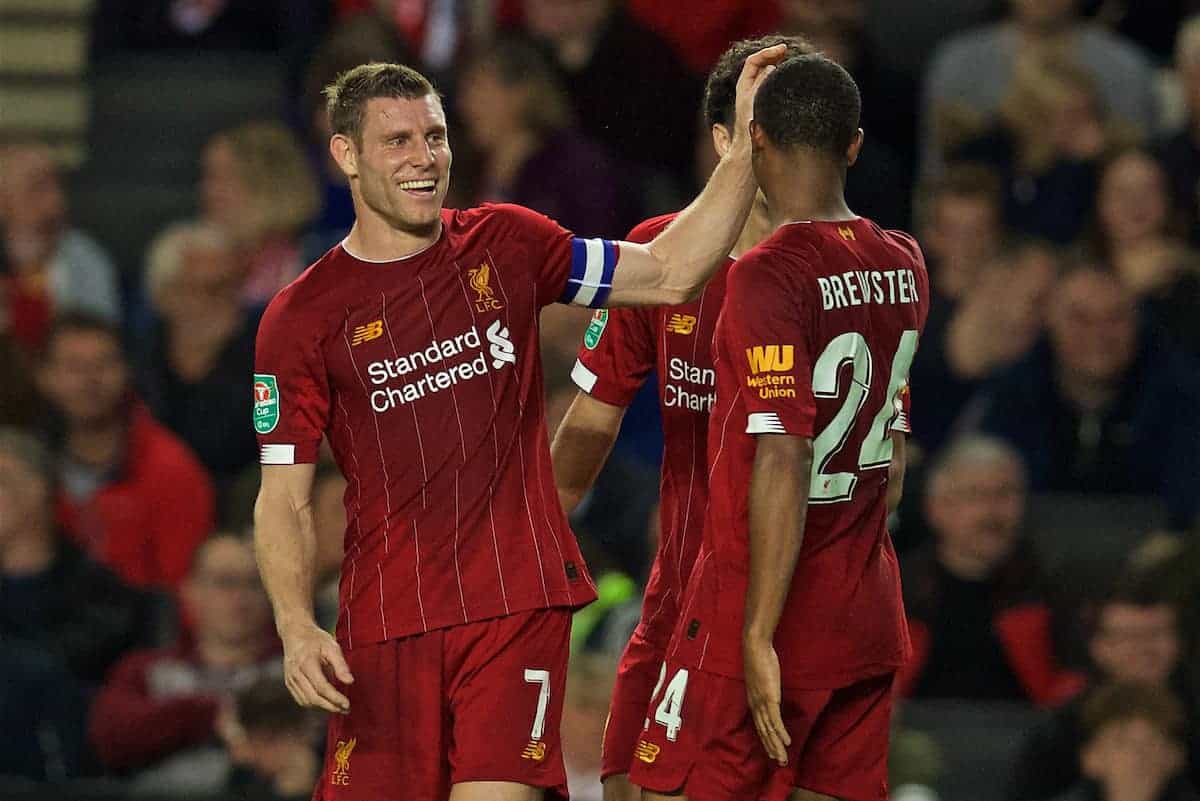 Alterations are inevitable, with the League Cup very much the third priority just now—but no less important for the players who will come into the side.

As well as gaining minutes, there’s a trophy at stake and the potential to ensure further matches lie ahead if the Reds get past Arsenal and into the quarter-finals.

Caoimhin Kelleher is already confirmed as the starting goalkeeper, with the League Cup being his competition according to Lijnders, but in addition to Alisson it’s to be expected that Fabinho, Van Dijk, Andy Robertson, Roberto Firmino and Salah all miss the midweek game.

Meanwhile, James Milner, Joe Gomez, Divock Origi and Adam Lallana are all probable starters from the first-team bench, while youngsters such as Rhian Brewster, Curtis Jones and Harvey Elliott will hope for involvement after impressing last time out against MK Dons.

Lijnders was clear about wanting to put out a side which could play in the same way as the regular starters, with regards to mentality, intensity and tactical approach.

That means those who have played relatively recently will be all-but-assured of a starting role, including Alex Oxlade-Chamberlain against his old club and Naby Keita.

The question marks will come over which youngsters come into the lineup to support them: will Jones play in midfield or the attacking line? Will Milner play right-back or left-back, and thus hand an opportunity to one youngster or the other on the opposite side?

A straight fight could ensue between Gomez and Dejan Lovren, with the best performer starting the forthcoming games alongside Van Dijk, while Milner on the right would mean Yasser Larouci could gain a first start at left-back.

With Lallana as the deepest midfielder, an energetic duo in front of him would need to act as Liverpool’s ball-winners, as well as offering their usual attacking thrust. 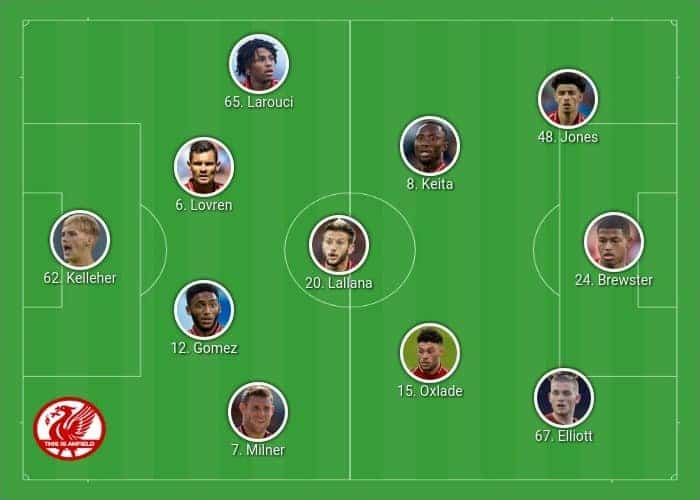 Of course, that lineup would leave the attack in particular looking decidedly lightweight and inexperienced, so Klopp might prefer to give Origi the full 90 minutes in a bid to regain form.

The Belgian on the left of the attack could see Jones back into midfield—and Naby Keita might make way with one eye on him having back-to-back starts against Villa and Genk, instead.

Milner impressed from left-back against MK Dons and could start there again, meaning instead it would be a senior debut for Neco Williams on the right, with Trent Alexander-Arnold rested and Ki-Jana Hoever away on international duty with the Netherlands. 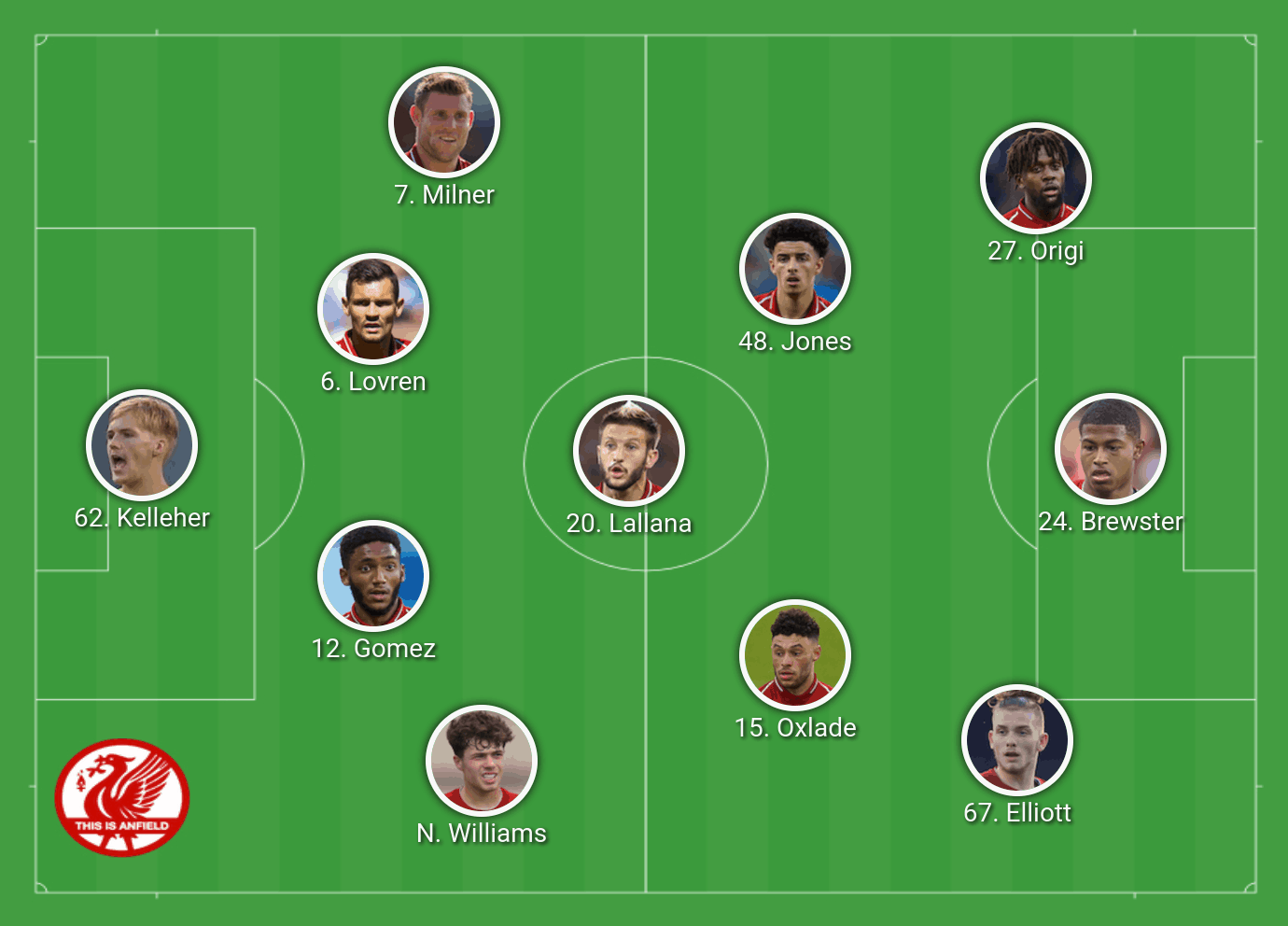 Arsenal have been (once again) in a measure of disarray, so it would be positive to see the Reds go at the Gunners with lots of intent and an offensive mindset.

Playing an all-out attack midfield would certainly give that impression from kick-off; the hope will be that whichever youngsters are asked to come in and support the fringe players have the mentality to cope with the occasion under the lights at Anfield.

A win here would be another big positive for those hoping for more minutes, as well as take the club a step closer to a potential Wembley outing in the new year.