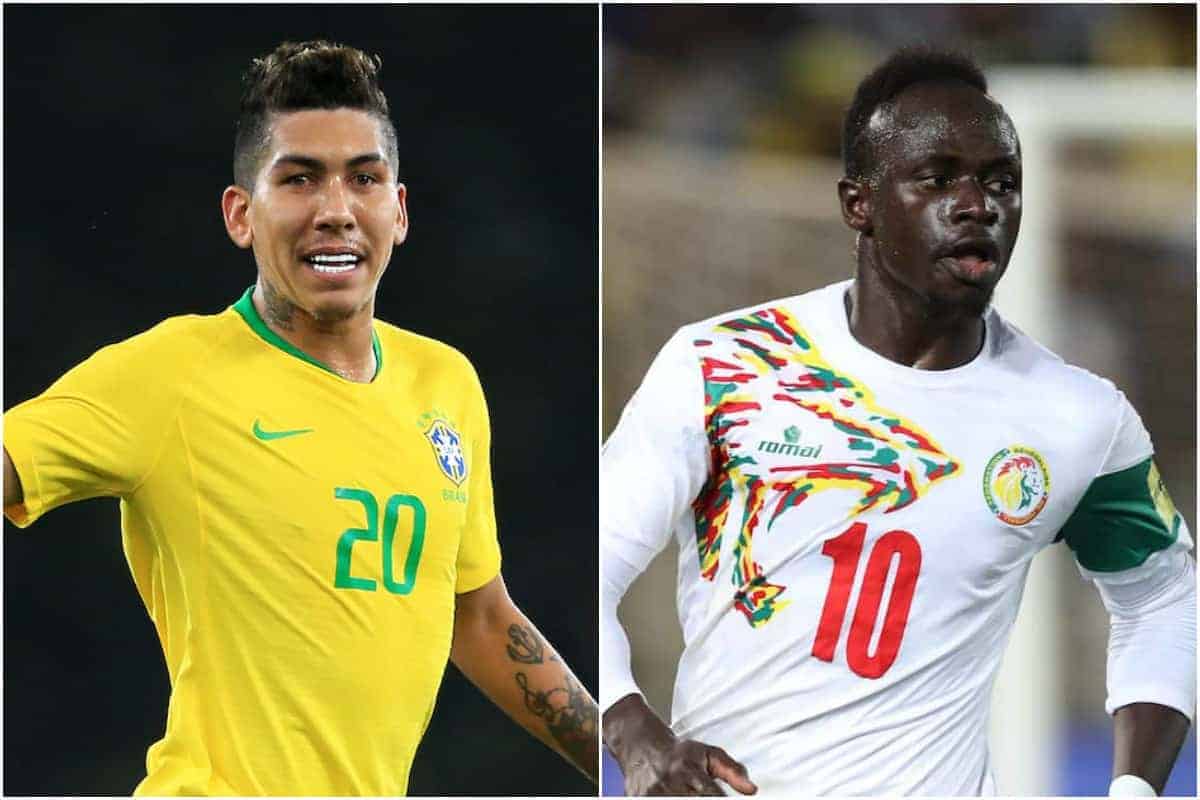 Roberto Firmino scored and Sadio Mane assisted as Brazil and Senegal played out a 1-1 friendly on Thursday, with Liverpool taking the headlines in Singapore.

A mid-season friendly, almost 7,000 miles away from Merseyside, in a humid 30′ heat, was not the ideal situation for the Reds.

But both Firmino and Mane started as Brazil took on Senegal in Singapore’s National Stadium on Thursday afternoon, and the pair were both influential in a spirited draw.

Having been expected to make away for the returning Neymar, Firmino instead led the line as the Paris Saint-Germain forward provided support along with Philippe Coutinho and Gabriel Jesus.

Liverpool’s No. 9 opened the scoring within nine minutes, and it came in impressive fashion as he latched onto Jesus’ threaded pass and chipped Alfred Gomis with a brilliant finish.

Sim Senhor echoed around the stadium, with Brazil dominating for much of the first half.

But not to be outdone by his Reds team-mate, Mane played a key role in restoring parity just before the break, winning a penalty after a driving run down the left flank.

Mane beat Dani Alves for pace and nutmegged Marquinhos into the area, only to be brought down by the centre-back, allowing Bristol City’s Famara Diedhiou to step up and convert the spot-kick.

The 27-year-old continued to terrorise Alves after half-time, with the ageing right-back unable to deal with his pace and dribbling ability, resorting to cynical fouls.

A balanced start to the second half saw Firmino make way just before the hour mark, with the striker likely to feature again on Sunday as Brazil take on Nigeria.

Mane played the full 90 minutes in a back-and-forth final half-hour, which largely saw Neymar attempt to score on his 100th appearance for the Selecao.

A goal never came, though, and the friendly ended at 1-1, with both Liverpool forwards playing a decisive role.

While Brazil will remain in Singapore until the end of the week, this marks the end of the break for Senegal, and Mane should now return to Merseyside for training next week.

Given the concerns over the game, the key positive was that neither Firmino or Mane appeared to suffer injury, and Fabinho remained an unused substitute.