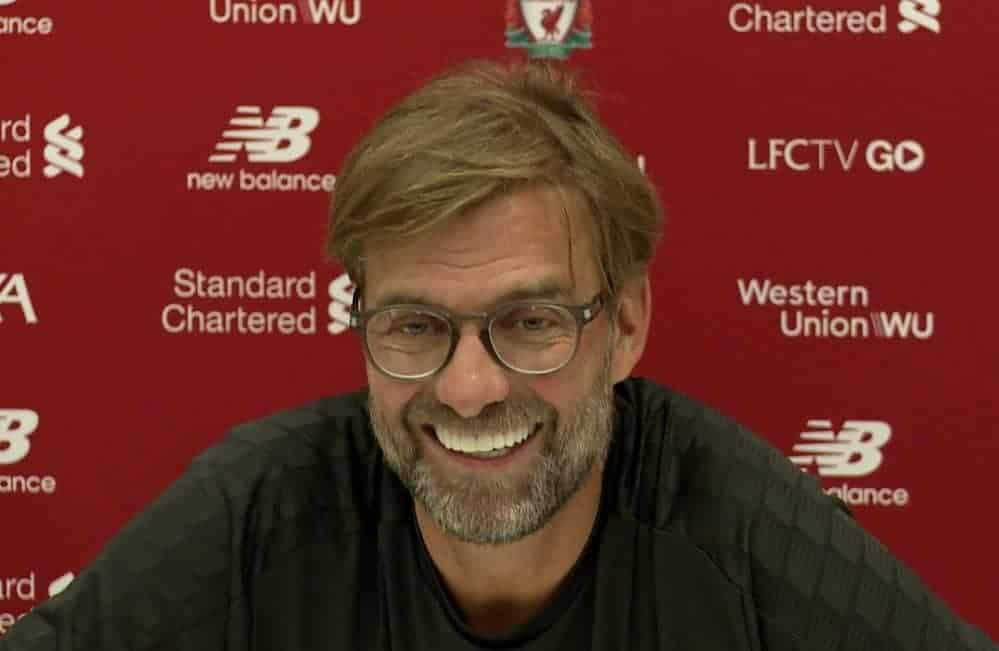 Liverpool host Leicester City on Saturday (3pm) and much of the build-up is understandably on Brendan Rodgers’ return to Anfield.

Speaking at his pre-match press conference on Friday, Klopp spoke positively about the man he replaced in the Reds’ dugout – and whom Klopp still rents his house from!

“He’s doing really well, eh? I’m not surprised about that. I knew it when he came here that he was not the reason that things didn’t work out. He did an incredible job at Celtic and now at Leicester.”

On Rodgers’ reception, Klopp said he expects the Northern Irishman to be well received by the supporters, but added that “it is not a friendly game, we are there to perform.”

“In general he is an incredible player, for years already,” praised Klopp – who then highlighted the need to stop the service to the English forward.

“If he gets the service he will be a proper threat and we have to make sure that will not happen that often. It works in the first place to avoid these passes.

“We know about his speed obviously, but it is more about timing, so we need to be in the right place at the right moment to defend him. There is no alternative to that.”

The manager also provided an injury update – hinting that Alisson is in line for his return, and defended Joe Gomez amid criticism of his display against Salzburg.