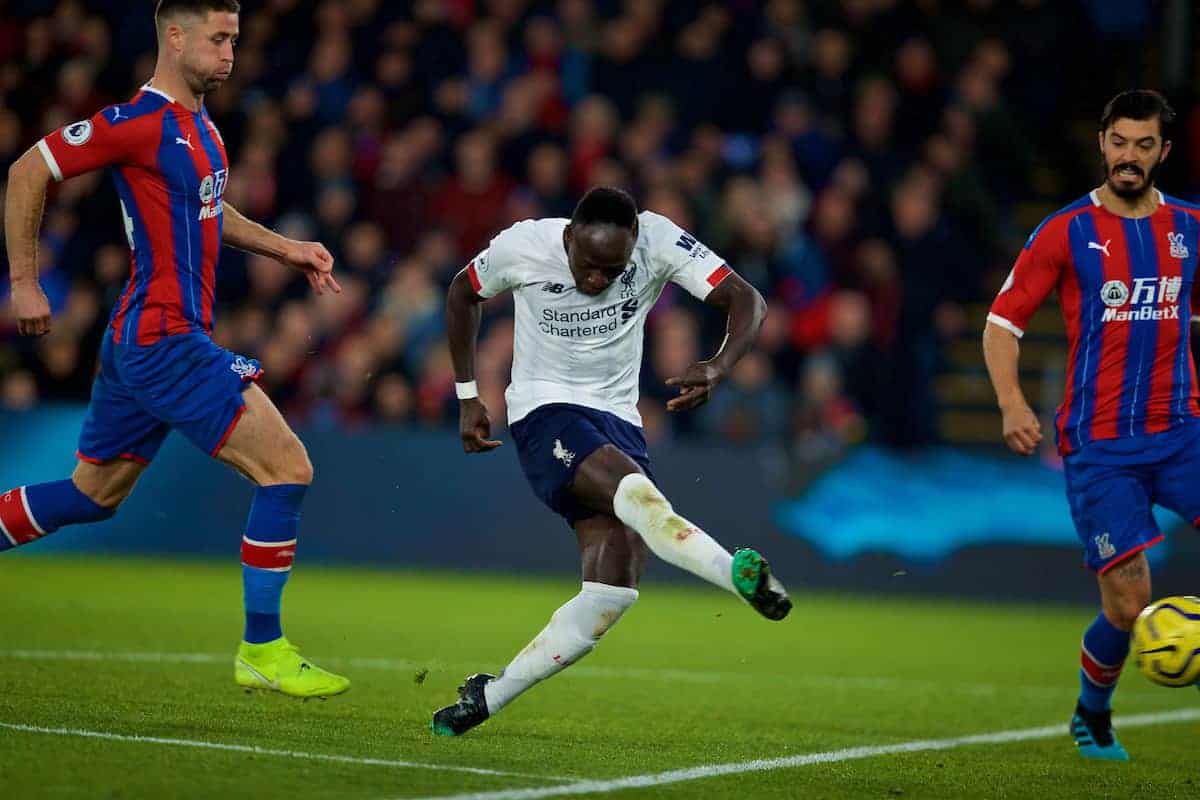 Sadio Mane‘s impressive form in front of goal continued in the 2-1 win at Crystal Palace, and he now finds himself in esteemed company as a result.

Liverpool’s No. 10 has been in blistering form throughout 2019, and it has seen him establish himself in the top echelon of players around the world.

He is currently the Reds’ top goalscorer this season with 12 goals in a total of 18 appearances, while his tally of 28 in the calendar year is eight more than his closest challenger in Mohamed Salah (20).

But his effort against the Eagles on Saturday, which helped set Liverpool on course for their 12th win in 13 Premier League games, ensured he has now scored in each of his last five meetings with Palace.

It takes his career total against the Eagles to eight in 11 games.

But more importantly, Mane now joins Michael Owen and Luis Suarez as the only Liverpool players to have scored against the same opponent five consecutive times in the topflight.

The duo haunted both Newcastle and Norwich respectively and now Mane will continue to keep Palace defenders awake at night as unlike Owen and Suarez, Liverpool’s No. 10 will again be out to find the net and make the record his own when the two teams meet at Anfield in March.

Moreover, with a rise in confidence and the finishing ability to match, Mane has become increasingly reliable in a clutch moment – you only need to look back at the winner at Villa for one such example.

The ability to never-say-die until the final whistle is a trait which has paved the way for his and Liverpool’s incredible opening to the season.

?? Liverpool have scored 11 goals after the 75th minute this season. Resilient. pic.twitter.com/tPXi4RIpDO

And Mane’s fellow member of the attacking trio, Roberto Firmino, was the latest to find himself on the end of the Reds’ inability to settle for anything but a victory when he hit the winner at Palace on Saturday.

It was the 11th goal of the season for the Reds which has hit the back of the net after the 75th minute, five of which have been decisive match-winning strikes, while the another rescued a point at Manchester United.

And in the words of Trent Alexander-Arnold after the game, Liverpool once again “showed that whatever people throw at us that we can deal with it and bounce back.”