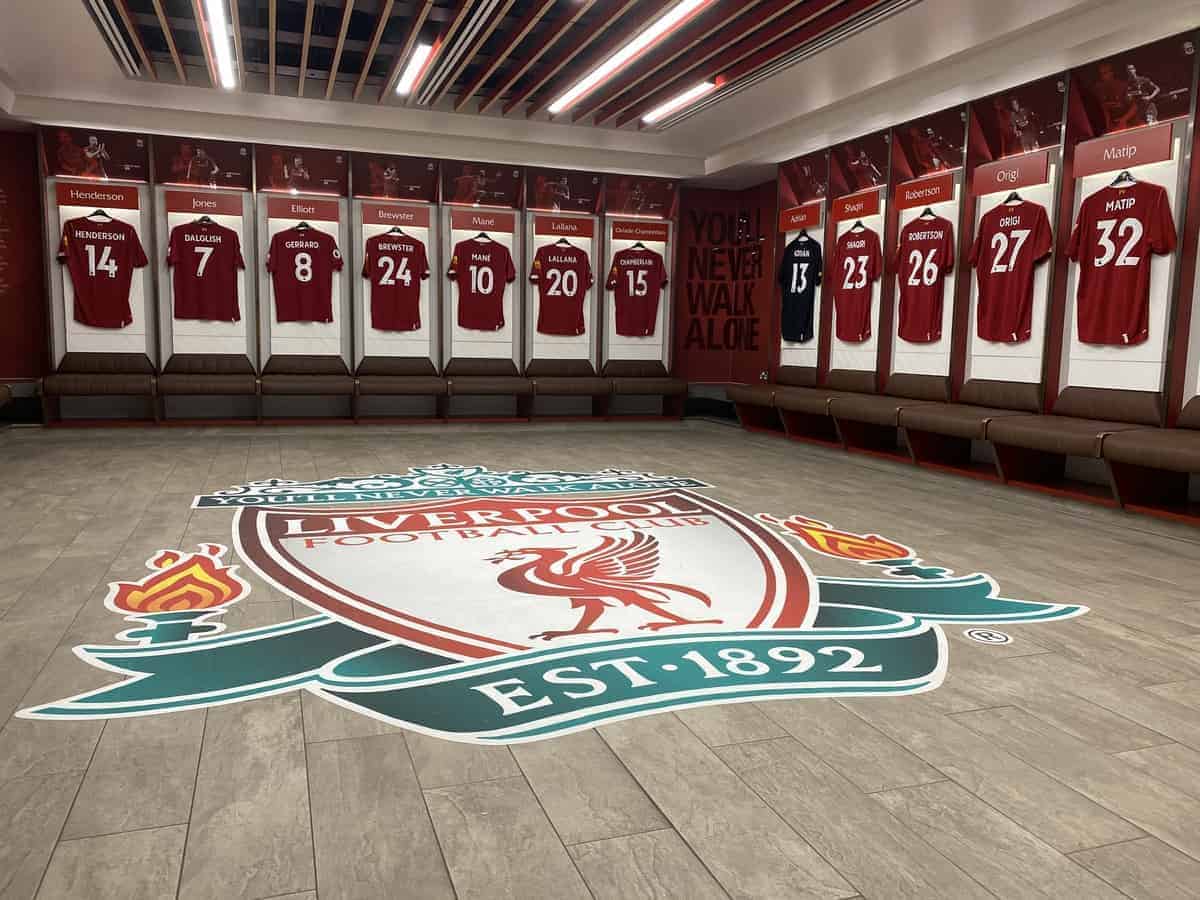 Whether you’re a regular at Anfield or never visited the home of the Reds, it’s always nice to see behind the scenes of Liverpool FC.

The official LFC stadium tour was recently re-done, now offering more options for fans as they visit the famous stadium, the home of the Reds since 1892.

With the new Main Stand taking up the heart of the tour, we were shown around by official LFC stadium guide, Danny Dwyer, going inside the changing rooms, to the new players’ dining area, and – of course – down the famous tunnel.

“It’s a dream come true to represent the club, talking to supporters on a daily basis,” explained lifelong Red, Danny, who has shown thousands of fans around Anfield.

“Their eyes light up,” he smiles. “Not only kids, the adults as well – they’re like a kid in a candy store. Coming out and seeing this, standing where Jurgen stands, walking where the players walk. This is the closest the majority of us will ever get.

“You can just feel the magic of it, the power of Anfield.”

You can also take an immersive experience, with technology to bring the experience to life – something that is unique to Anfield’s newly updated tour.

You can walk around the famous stadium using the multimedia audio handsets to fully immerse yourself and take the tour at your own pace.

The audio tour was written by lifelong LFC fans and writers, Dave Kirby and Nicky Allt, and narrated by actor, David Morrissey.

Once you’ve completed the tour, you can then visit the museum to see all SIX European Cups and tonnes of LFC memorabilia and nostalgia.

We had a brilliant time with Danny showing us around, providing some excellent insight and plenty of jokes along the way.

Did you know that the new changing rooms can be temperature controlled and also that the lighting can be adjusted to suit the conditions outside? Just one of the many facts you get to find out along the walk around the inner workings of Anfield.