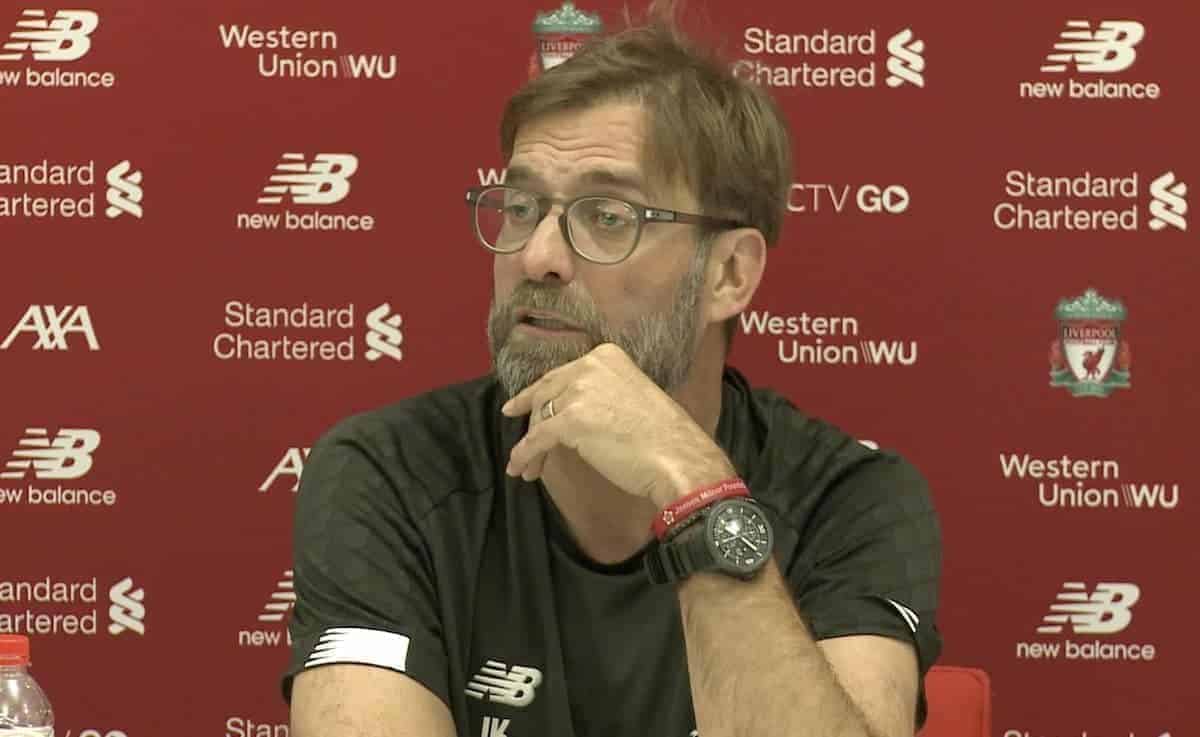 Jurgen Klopp has insisted Liverpool cannot afford to play at “50 to 60 percent” of their capacity when they meet a “difficult” Wolves outfit on Thursday.

The Reds make the trip to Molineux on Thursday to face off against a Wolves outfit currently sat sixth in the table.

The last meeting between the two teams saw Sadio Mane net the decisive winner as VAR dominated the headlines after first giving the green light for Liverpool’s goal before ruling out a Wolves equaliser.

And while Klopp was of the mind that there was no need for all the talk surrounding VAR after the game at Anfield in December as both decisions were right, he is expecting yet another tough game against an intense opponent.

“I understood 100 percent it wasn’t easy for Wolves to take [defeat at Anfield] but afterwards both decisions were completely right,” Klopp told reporters.

“There was no need to talk about VAR after the game because in this case the decisions were right.

“Wolves are really difficult to play, they play a similar system to other teams defensively, three, five in the back but they do it differently.

“They make pitch the pitch really big and they ask for a lot of footwork, they run a lot. There are solutions for all that, but not without working a lot.

“You can’t play on a 50-60 percent basis against Wolves [otherwise] you’ll have absolutely no chance.”

The boss also showered praise on Alisson and his Man United celebration, provided a brief injury update on James Milner, Naby Keita and Xherdan Shaqiri who are all expected to be “back soon” and how Fabinho is getting “closer and closer” to his first start since November.