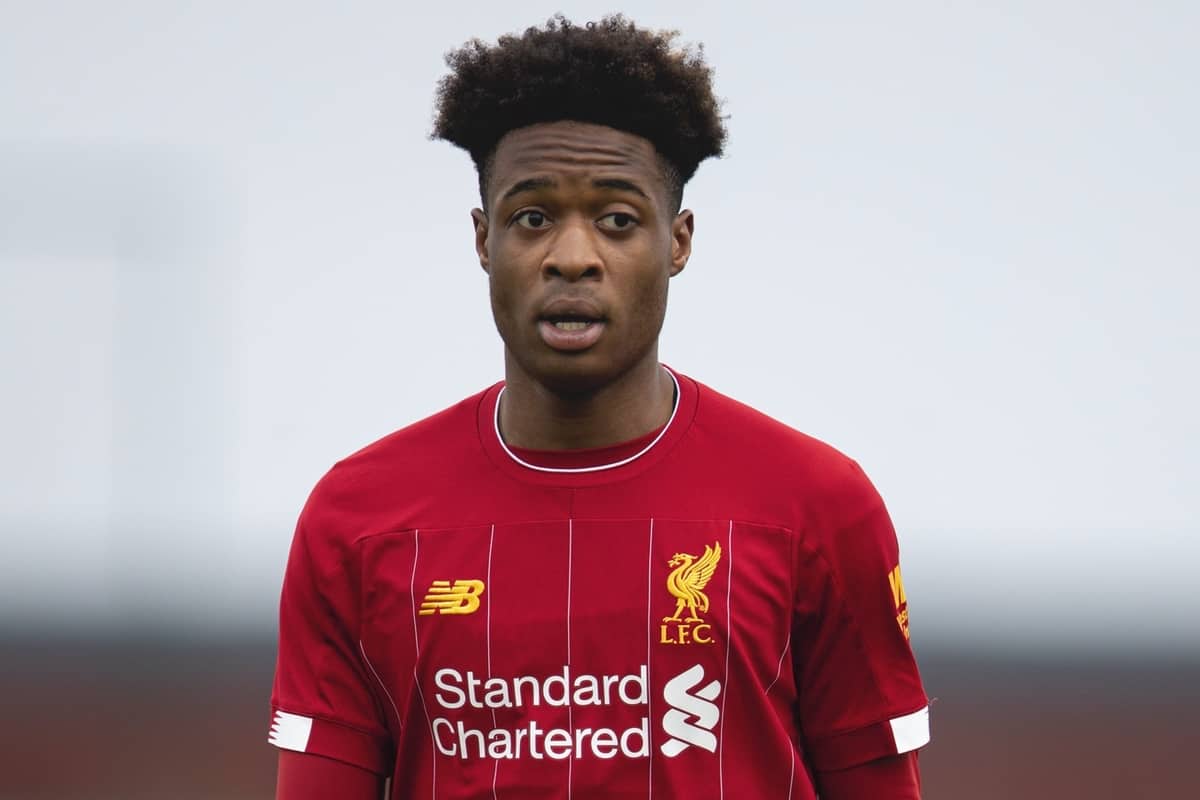 Liverpool’s increasingly strong production line of academy talents has presented the latest ‘next big hope’: a 16-year-old signed from Man City back in 2015.

The Reds’ academy has developed significantly since the appointment of Alex Inglethorpe as figurehead in 2014, with the former U21s manager implementing a series of changes.

An emphasis was placed on quality, not quantity, and a salary cap of £40,000 a year for first-year scholars was introduced in 2016 to ensure rewards were earned.

Under Jurgen Klopp, the focus on youth has shifted further, and though Trent Alexander-Arnold serves as the standard bearer, the likes of Neco Williams, Curtis Jones, Harvey Elliott, Ki-Jana Hoever and Rhian Brewster have all benefited too.

Twenty-one academy players have debuted for the first team this season due to exceptional circumstances, but the target is for sustained success, not a fleeting appearance.

According to The Athletic‘s Simon Hughes, the next youngster Liverpool have placed their hopes in is James Balagizi, who is in his first season with the under-18s.

Balagizi was signed from City five years ago, having joined the Manchester club as an eight-year-old shortly after arriving in the UK from DR Congo, with a “clear pathway” on Merseyside convincing him to make the switch.

Though Hughes’ assertion that Balagizi has “delivered consistently strong performances” may overlook the fact he has only made 11 appearances so far this season, the 16-year-old has certainly impressed—Hughes’ report is likely based more on insight from academy staff. 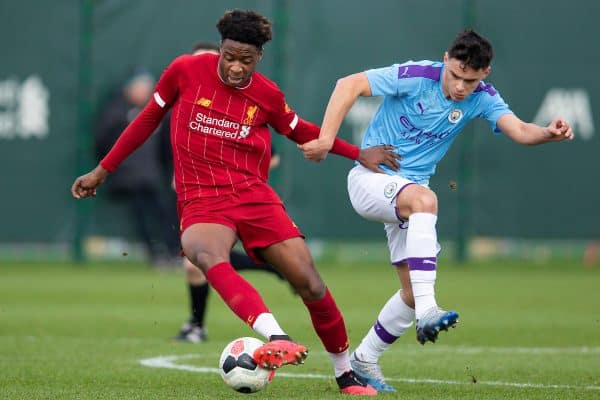 He began the campaign up front—alongside another player tipped for big things by those in the academy, Layton Stewart—despite largely operating as a midfielder previously.

Balagizi scored twice in his first outing as a striker, in the U18s’ 7-1 thrashing over Blackburn on the opening day of the season, and in his 11 games has netted five times and laid on one assist.

The teenager has recently returned to the fore after initially dropping out of the side, with the typical mid-season reshuffle providing him a regular role in Barry Lewtas‘ side.

That has seen him perform out wide and in midfield, and interestingly as a No. 6 on occasion, showcasing his versatility—aided by a physicality belying his young years, having only turned 16 in September.

Hughes even claims that a “powerful display” for City against the Reds “made Liverpool think about the limitations of the club’s geography as well as its scouting system.”

The club have appointed two new under-eights scouts this month, with West African and Polish roots respectively, as they aim to cast the net wider to acquire the best young talents.

Patience should be practiced with Balagizi, of course, but the tall midfielder is certainly one to look out for this season, whenever it resumes, and into the future.