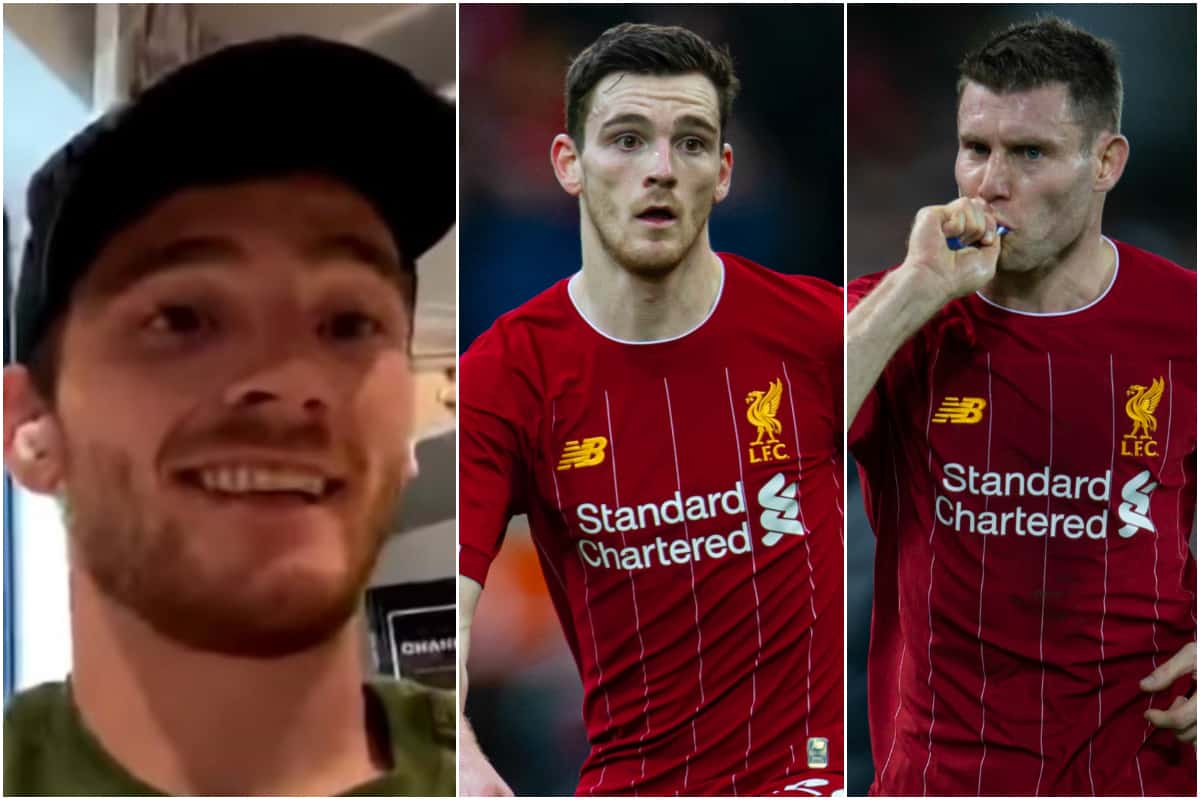 Andy Robertson has outlined his ambition to retire a Liverpool player, though he has admitted it will be difficult to maintain his standards for as long as James Milner has.

Few players have grasped quite what it means to play for the Reds in recent years quite like Robertson, who embodies the spirit of the club with his brand of football.

On the pitch he is relentless, and along with Trent Alexander-Arnold is part of a new generation of full-backs changing perceptions of the role.

Off it, he is a committed supporter of charity endeavours, including regular contributions to food banks, while speaking to That Peter Crouch Podcast he revealed he has set up a ‘first chance’ charity in Scotland.

Robertson has a clear passion for his home country, and as an avid Celtic supporter there is a lingering feeling he could head back to Glasgow later in his career, but as far as the 26-year-old is concerned, he wants stay at Anfield.

“My ideal situation just now is to retire at Liverpool,” he told BT Sport.

“I think it’s going to be quite hard, but I would love to be able to finish my career here.

“If I could keep my standards as high as that up to a James Milner type of age, then I would be quite happy with that and call that a day then.

“But I think I’ve always said I’d love to pull on a Celtic top and to play. I’ve obviously played for Dundee United, which I loved.

“But you never say never, you’re a long-time retired as they say.

“I want to play as long as I can, and if that’s finishing up in Scotland, or at one point going up to Scotland, then I would be open to it. 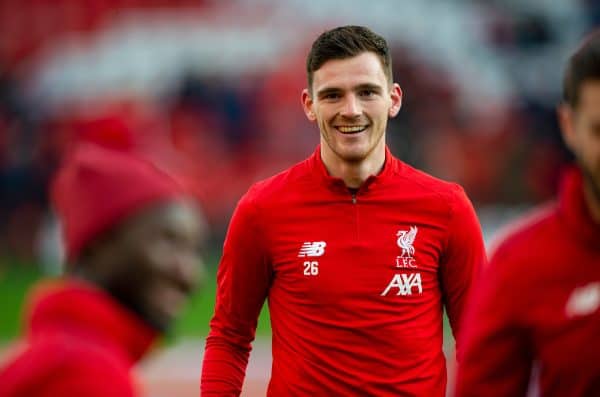 The prospect of emulating Milner with a long career at the top level is aided by Robertson’s fitness and professionalism, including not drinking alcohol during the season.

And his popularity on Merseyside could be a big factor in extending his time at the club, with the No. 26 among the Kop’s favourites, largely owing to his personality.

Robertson stressed his desire to stay with Liverpool for as long as possible on That Peter Crouch Podcast, too, revealing that he is hoping to play until he is 35 or 36.

But he remained realistic in acknowledging “we know how hard that is to play at the highest level until [then],” and that he would have to “do what is right for your family.”

There will be little opposition to Robertson extending his stay with the Reds beyond his current deal, which expires in 2024—when he would be 30—as he has established himself as one of the club’s finest left-backs in many years.