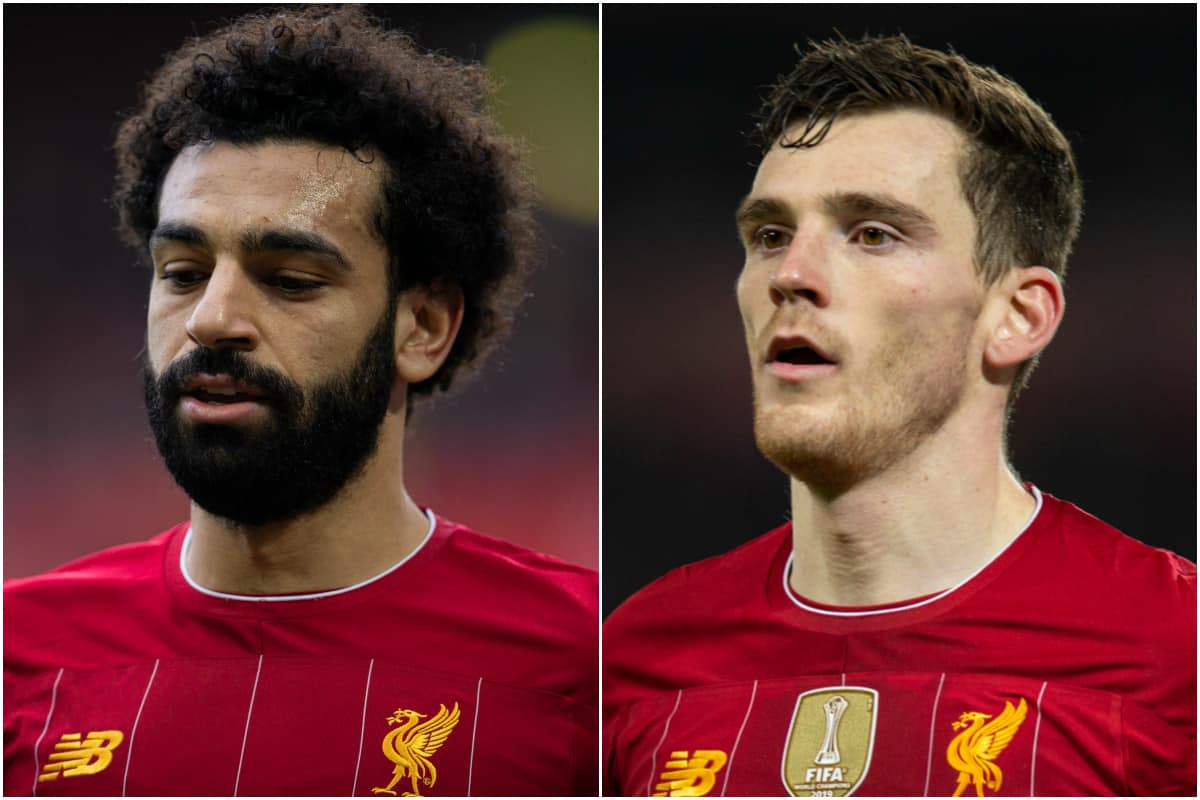 Jurgen Klopp has explained why neither Andy Robertson nor Mohamed Salah started Sunday night’s Merseyside derby, with the plan to save the pair for Crystal Palace.

Liverpool are back in action at Goodison Park, but with Robertson out of the matchday squad and Salah only named on the substitutes’ bench, having not taken part in full training in the buildup.

The Reds will follow up the derby with the visit of Palace on Wednesday night, and with two games in four days, after 103 days without one, the sensible approach is rotation.

And Klopp has revealed that with Robertson and Salah not fully fit in preparation, they are being reserved for midweek, as could be the case with some others in the weekend’s squad.

“It’s a really special time and in this time, after four weeks’ pre-season and preparation, we cannot ignore that we play again on Wednesday,” he said.

“I just can’t. It’s not the last game of the season, so I have to think a little bit about it.

“Some players couldn’t train in the last week—they trained, but not with the team—like Mo and Robbo, but yesterday they were in training and both looked really good.

“That’s why Mo is in the squad, Robbo not yet but on Wednesday [he will be] again.

“For Robbo, it was better to have a proper session today and then be in for Wednesday, and for Mo, it is the right thing to do it like this.” 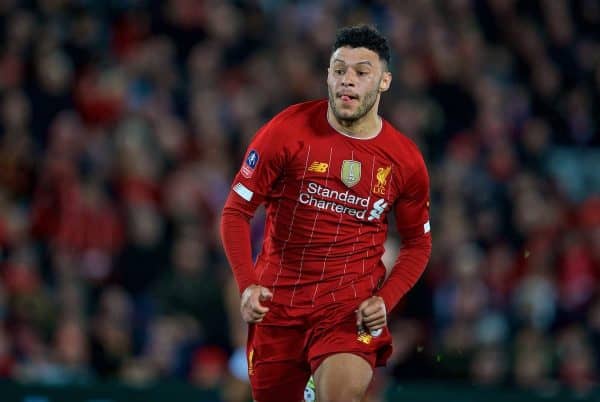 Klopp is likely to make more than two changes against Palace, regardless of the result in the derby, with Joe Gomez, Gini Wijnaldum and Alex Oxlade-Chamberlain among those who could also come in.

“When you are more settled like Mo, Gini, Oxlade, I think it’s easier to come on and play your natural game. That’s why we decided the lineup.

“The two surprises are maybe Naby and Taki—not for the boys, because they trained exceptionally well—but that’s the reason: use the momentum, the good shape they are in and try to use their skills.”

There could be opportunities for the likes of Neco Williams and Harvey Elliott, too, while it will be interesting to see if Naby Keita and Takumi Minamino are able to retain their places after a big show of faith.