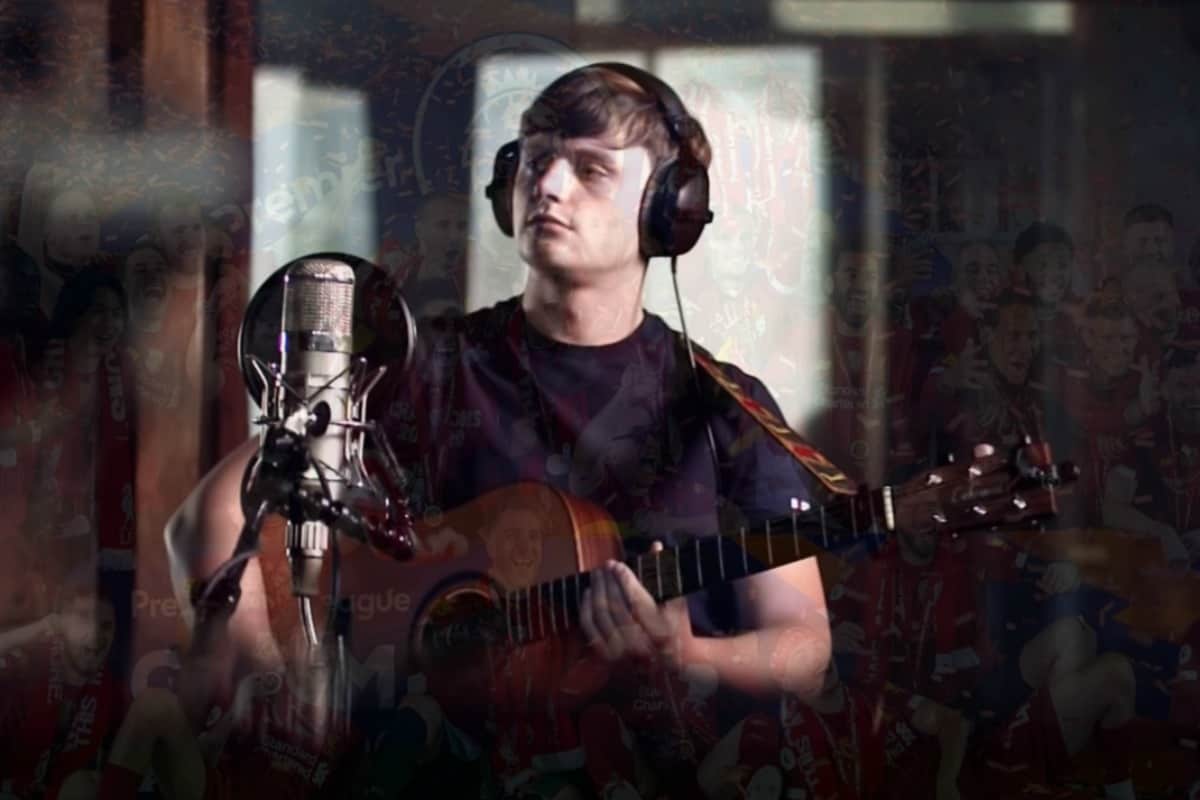 Anthems, chants and songs have always been at the heart of Liverpool Football Club and Jamie Webster’s ‘This Place’ provided the ideal backdrop on an historic night.

The city in which Liverpool Football Club resides holds a special place in the hearts of so many and local musician Jamie Webster, synonymous with BOSS night, has combined the love for club and city in his new single.

Following on from the emotional display at Anfield with the Premier League trophy being lifted by Jurgen Klopp‘s men, a montage of the Reds’ feats and Liverpool itself provided the backdrop to the perfect tune of ‘This Place’.

Webster teamed up with the Premier League and Sky Sports to capture the emotions of a 30-year wait coming to an end, with his lyrics guiding us through the streets of Liverpool, by notable landmarks, murals and shop fronts before highlights of this title-winning season and those gone by flash before our eyes.

Emotive would be the word for what the video evokes, with the lyrics “My city, my people, my heart” particularly poignant.

It hit all the right notes with supporters to cap off a night no one will ever forget, with more tears shed as the realisation of what Liverpool Football Club have achieved continued to sink in:

I’ll be honest I had a lump in my throat watching @JamieWebster94 close out our show tonight.

Don’t know when (if ever) it’ll fully sink in that I’ve finally seen us win the league. My city, my people, my heart??

Jamie Webster's song has me in tears, absolutely beautiful ??

Got to take your hat off to Jamie Webster yeno. Local lad absolutely smashing it?

It’s a must-watch for any Red and with the Premier League title now officially secured, we will be patiently waiting for Alisson to make good on his promise to join Jamie on stage when it is safe to do so.