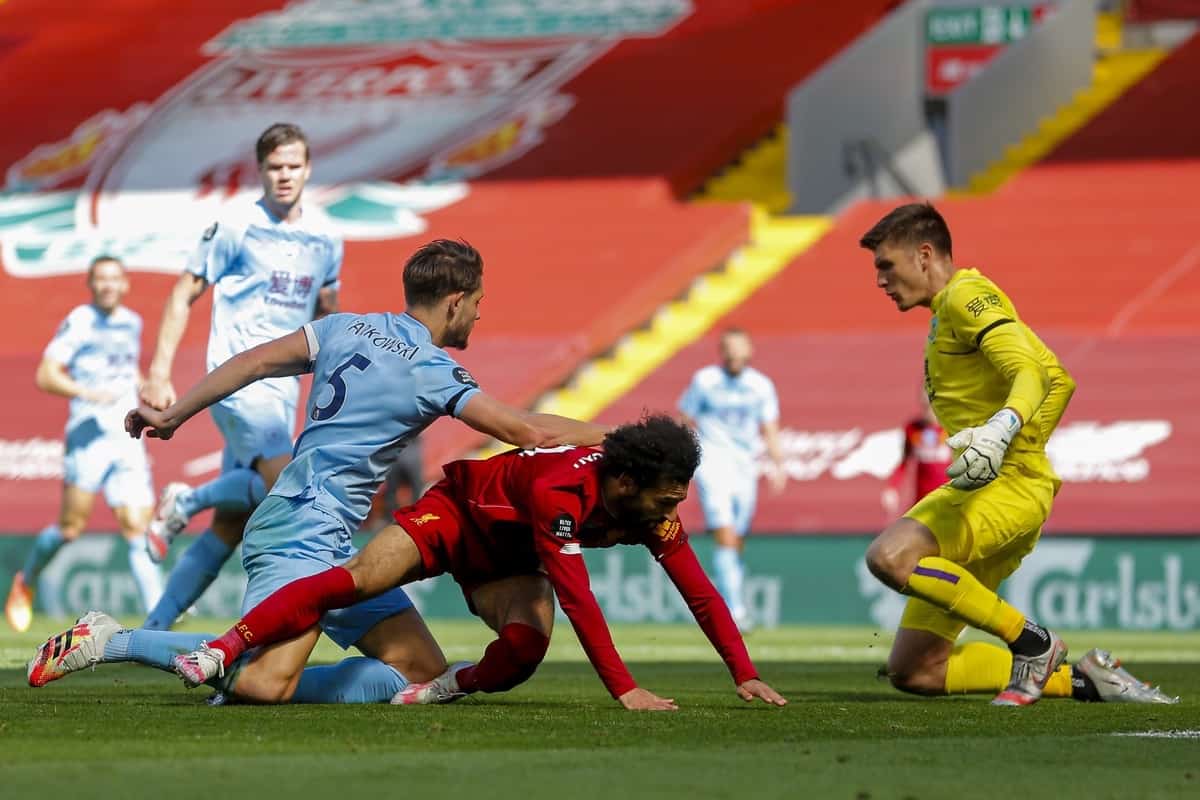 Liverpool were left to rue a series of missed chances as they were held to a 1-1 draw against Burnley at Anfield on Saturday afternoon.

Another quick turn around for Jurgen Klopp‘s men ensured changes were once again made, which included Curtis Jones making his first Premier League start as one of four changes.

The occasion marked another opportunity to end the season with 19 home wins, with Burnley‘s visit the penultimate home game of what has been a remarkable season.

The champions were relentless from the off, asking question after question of the visitors’ defence before finally breaking the wall after Andy Robertson brilliantly latched onto Fabinho‘s lopped pass and dispatched a header any striker would be proud of.

It was an effort which left Nick Pope with little chance to intervene but Burnley‘s No. 1 was the man to deny both Mohamed Salah and Sadio Mane to keep the score at 1-0 heading into the break.

But it would be the upright which would deny Liverpool on the first foray forward in the second half with Roberto Firmino being denied at Anfield once more before Jones shot wide moments later after yet another scintillating transition.

Liverpool’s No. 11 would let another chance go begging with half a goal to take aim at from close range and for all of the dominance they were left to rue their missed chances as Burnley equalised through Jay Rodriguez immediately after the water break.

While the free-kick awarded for offside which led to the visitors’ goal should never have been awarded, the Reds were wasteful and failed to practice the patience required to strike back in the final 20 minutes.

The result ensures Liverpool have relinquished the chance to end the season with a full set of wins at Anfield and must now win their final three games to break the all-time points tally – and Arsenal are now at the top of the agenda.