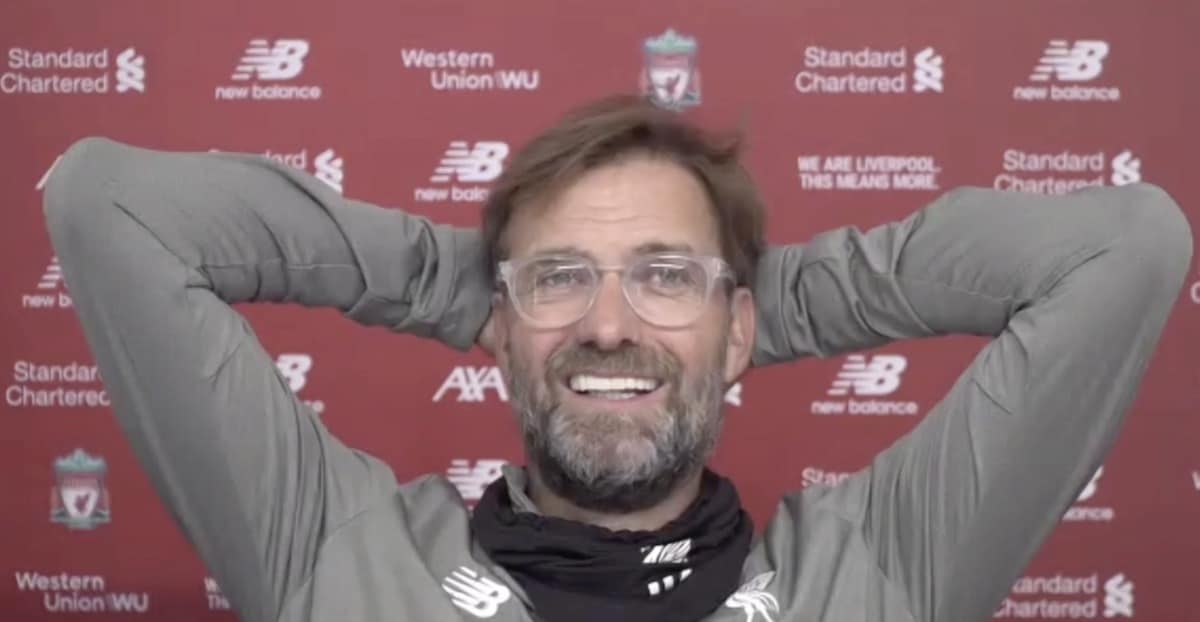 Jurgen Klopp addressed the media ahead of Liverpool’s home match against Burnley, speaking about his captain, Naby Keita and the challenges ahead.

The Reds saw off Brighton 3-1 in midweek, leaving Klopp’s side on 92 points with four matches to play.

One downside to the match was a season-ending injury to Jordan Henderson, though the boss confirmed the club would put into place plans to allow the skipper to still lift the trophy.

Klopp also confirmed that Dejan Lovren is in “full training and available” however after having missed the last couple of games.

On the match itself, the boss praised the mentality and approach of the Reds’ upcoming opponents, highlighting his admiration for the Burnley manager and the way they have reacted to setbacks since the Premier League resumed.

“We face a team with a brilliant attitude. I know they have some injuries which is difficult when you play every three days, so I have so much respect for the results they have,” Klopp told the media.

“Good defending, a lot of fights for second balls, set pieces really clear in these games and they will fight for everything like Sean Dyche teams always do.”

The manager was also asked about the dispersal of goals around the team, with 17 different players netting this season.

“That’s good, that’s how it should be, especially the way we play. We don’t say ‘you’re not allowed to score, you have to stay over there’.

“If you want to be successful, the goals need to come from everywhere pretty much.”

Klopp further discussed the rise to prominence of Naby Keita, the questionable recent decisions by VAR and Mo Salah going for the Golden Boot, as well as Takumi Minamino and his contributions in his short game time so far.