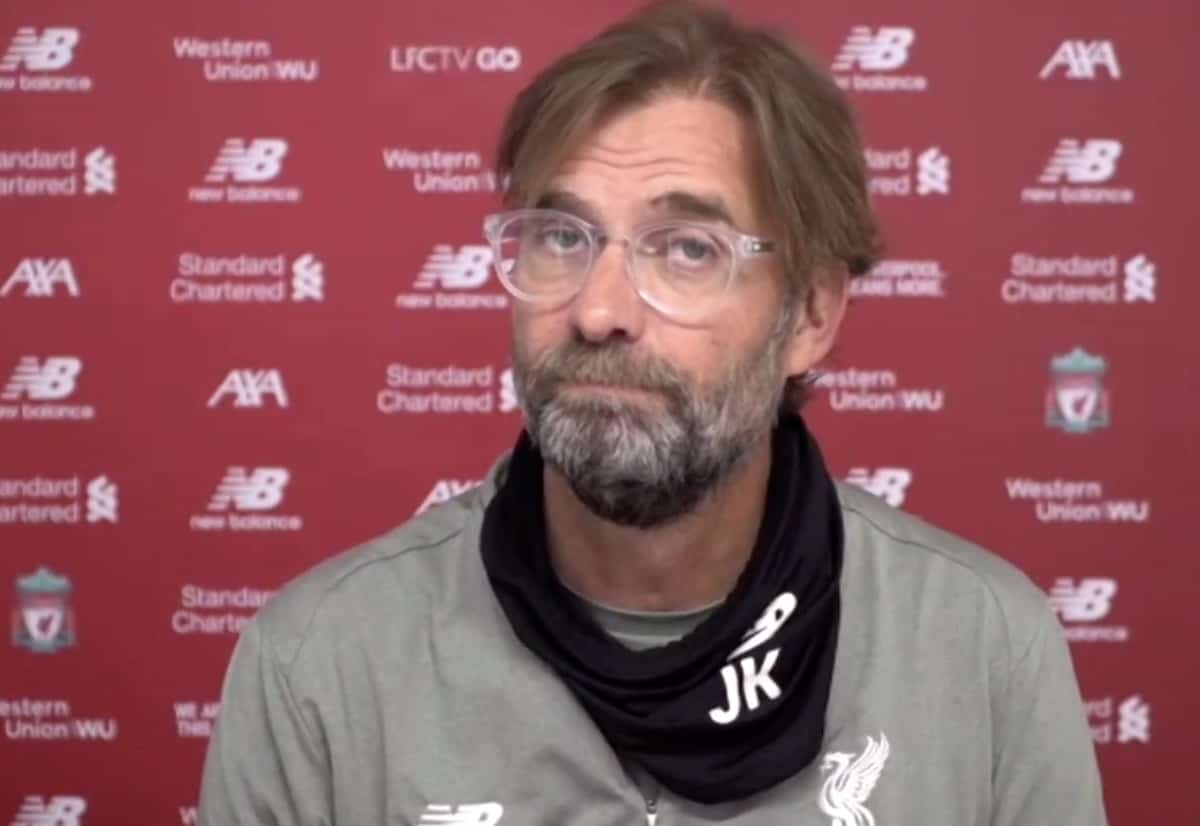 Jurgen Klopp admitted he is expecting another “intense” encounter against Man City when he faced the press ahead of Liverpool’s trip to the Etihad.

The Reds meet Pep Guardiola’s side in a clash which sees the newly-crowned champions meet the outgoing title-holders, and as such much of the conversation centred around Klopp, his players and where future improvement lies to ensure there is no drop-off.

As expected, the boss was resistant to any discussion of his side merely ‘defending’ their title as he preferred the notion of ‘attacking the next one‘.

And he was also under no illusions that City, who are to welcome Liverpool with a guard of honour on Thursday, Chelsea, Man United, Tottenham, Arsenal or Leicester will keep idle next season, meaning the Reds will not rest.

In the immediate future, however, Klopp is expecting an “intense” clash against Guardiola’s men.

“[It will be] intense. I saw City playing now three times, and they looked like City looks- massively dominate, making the pitch big, using direction, mix-up of long balls to prepare the small space and the other way around so it’s football,” Klopp said during his pre-match press conference.

Klopp also touched on his side staying “humble and hungry” and how he has no new injury concerns aside from Joel Matip being ruled out for the remainder of the season.

And he welcomed the postponement of AFCON, which was set to take place in January and February of 2021, with the trio of Mohamed Salah, Sadio Mane and Naby Keita now all available for the entirety of Liverpool’s title defence – but stressed he didn’t “like the reasons for it.”