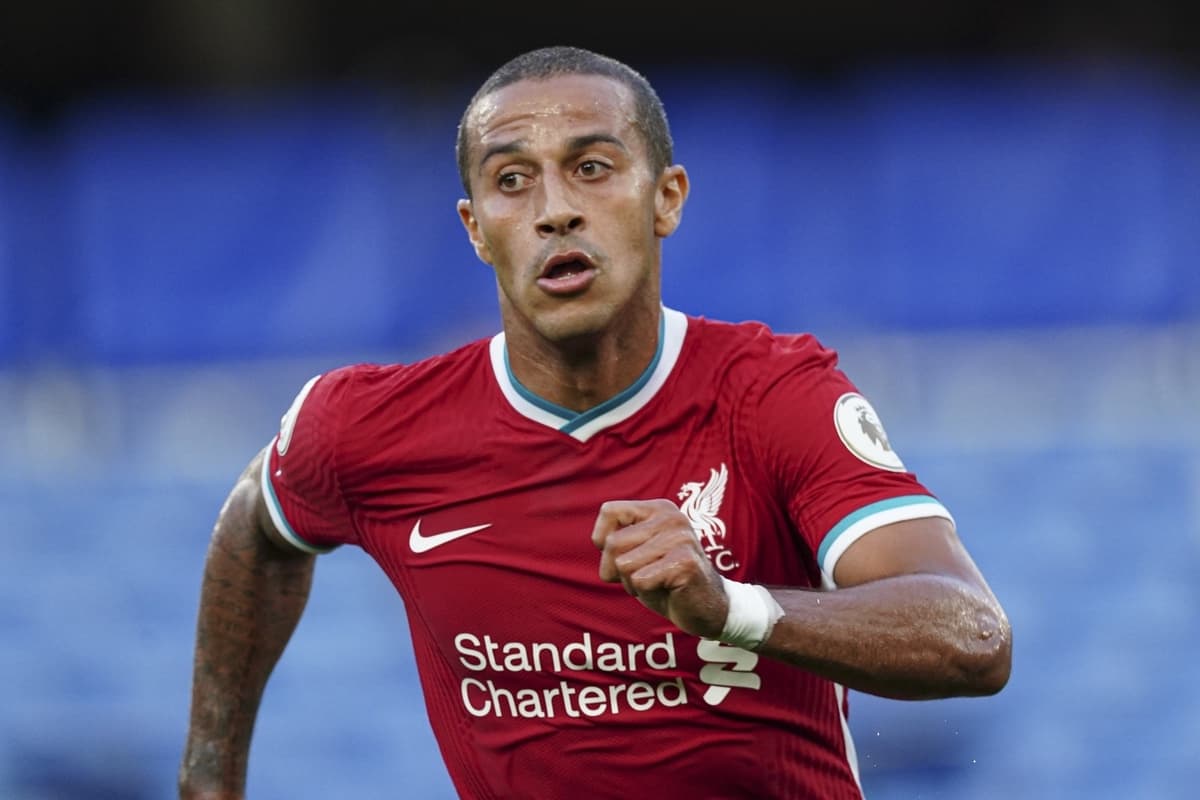 Liverpool have confirmed that midfielder Thiago Alcantara missed the Arsenal match on Monday after testing positive for coronavirus.

Jurgen Klopp, ahead of the game with the Gunners, said that the midfielder would be out until “after the international break,” meaning he would miss matches against Arsenal in the league and cup, plus Aston Villa at the weekend.

The club had also reported him having a “minor fitness issue”, but now he cannot now train with his team-mates for 10 days while quarantined, which indeed takes us up to the international break.

In a statement on Tuesday night, the club said:

Liverpool midfielder Thiago Alcantara has tested positive for COVID-19 and is currently self-isolating according to the necessary guidelines.

The 29-year-old, who missed Monday’s match against Arsenal, has exhibited minor symptoms of the virus but is in good health and is getting better.

The club has, and will continue to follow, all protocols relating to COVID-19 and Thiago will remain in self-isolation for the required period of time.

LFC first-team doctor, Dr Jim Moxon, said: “It is the choice of each individual whether they reveal publicly the outcome of a COVID-19 test.

“We have followed all the protocols to the letter and Thiago is OK. He will be self-isolating now as per the guidelines and hopefully he’ll be back with us soon.”

There have in recent weeks been reports that some clubs are considering outright refusing letting their players travel abroad, given that it could come at a considerable cost if they contract the globally rife virus while away.

Thiago would normally be one of the first names in the Spain squad, but there now has to be uncertainty of his inclusion.

And the sense of having groups of players head off to all corners of the earth, before reconvening and potentially transmitting the disease to others around clubs, has to be questioned.

The Premier League reported that 10 positives had been returned from the latest batch of tests, and while there appear to be a majority of cases in the Premier League where those who contract the Covid-19 virus are asymptomatic, it’s still a significant rise compared to when the league restarted back in July.

David Moyes recently had to ‘manage’ West Ham from the safety of his own home after testing positive, while his defender Issa Diop also missed out.

Meanwhile in Italy’s top flight, Genoa have confirmed no fewer than 14 cases have returned as positive throughout their playing squad and staff – after having faced Napoli at the weekend.