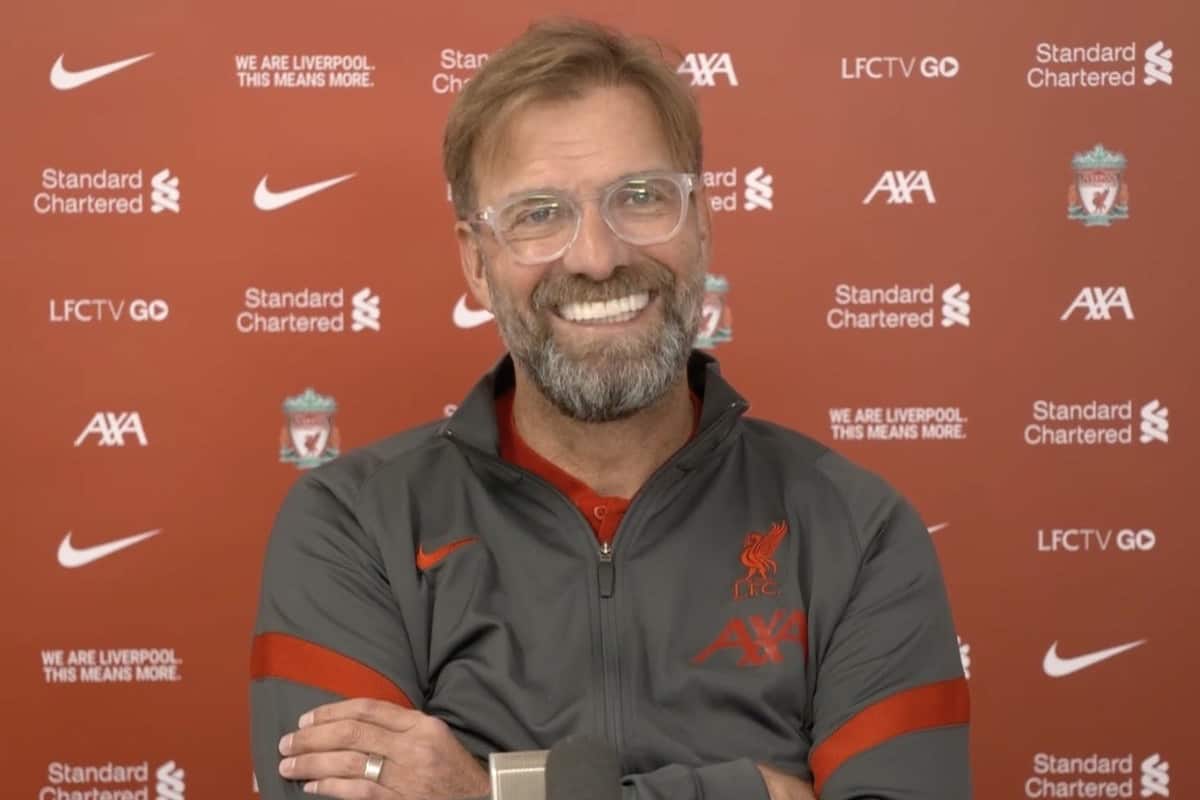 Jurgen Klopp was full of praise for Marcelo Bielsa ahead of his first meeting with the Leeds manager on Saturday, as Liverpool begin their “attack” on another title.

Bielsa is Klopp’s first opponent of the Premier League campaign, with the Reds heading into 2020/21 with a target on their backs as reigning champions.

Never before have the pair faced off, but there are certainly similarities in their style of play, with both Liverpool and Leeds preferring a high-intensity pressing game.

Speaking ahead of Saturday’s Anfield clash, Klopp discussed his upcoming meeting with Bielsa and how he believes the Argentine is the “hardest-working” manager around.

“I admire him, but I was never close enough to him,” he said.

“I watched his teams playing, that’s pretty exceptional. The rest I got from newspapers and stuff like this.

“I analysed some games, even in the past already and had a look at that. We have a different approach; there are similarities obviously, but there are big differences as well.

“I like him without knowing him as a proper character, obviously.

“And maybe the hardest-working of all of us, I don’t know, I think we all work pretty much but I don’t think we really can compete with him in that area.”

Klopp was also asked about rumours linking Liverpool with a move for Thiago Alcantara and suggestions of talks with Gini Wijnaldum over his future, along with whether a decision had been made on Rhian Brewster.

“The decisions about the squad and where the perspective is for who, they’re just not finished yet,” he insisted.

“Because we don’t have to, there is so much going on and what I can say is we are really with [Brewster].

“We are really thoughtful about him, what is best for his development and stuff like this, how can we use him, what would help him.

“That’s not only for him, it’s for all of our players, but it’s with him as well. So there’s really nothing to say.”

Mohamed Salah‘s upcoming Premier League goal landmark, the vote against the five substitutes rule and Liverpool’s title defence were also on the agenda at Melwood.

Klopp was in positive spirits, with the manager clearly optimistic about the Reds’ chances in 2020/21.