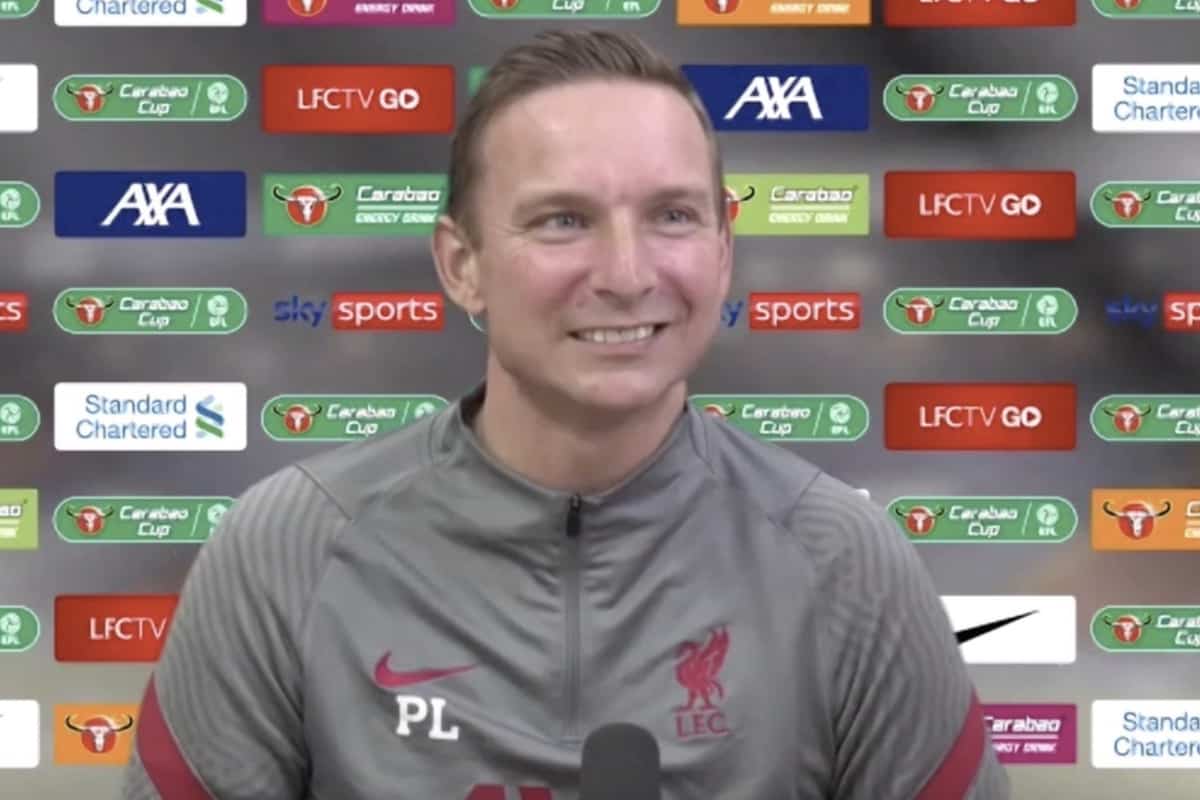 Pepijn Lijnders took over media duties from Jurgen Klopp ahead of the League Cup meeting with Arsenal, where he praised the qualities of a number of Liverpool players.

The Reds will be back at Anfield to welcome Arsenal once more on Thursday, but the personnel for both sides will be different as navigating a busy schedule continues.

But despite wholesale changes across the board Lijnders is expecting a tough outing against Mikel Arteta’s side once more, as regardless of a change in personnel all good teams’ identity remains the same from one game to the next.

“We go from Premier League to League Cup, it’s a final,” he explained to the media. “Mikel has won the last seven games in the domestic cup so it’s a completely different context that we are going to play this game.

“It’s a proper win or lose, of course. But what Mikel has instilled at Arsenal, and what all good teams in Europe and in the Premier League have is a clear identity, and with changing players it stays the same.

“They will try to improve, for sure. But that’s the same for us despite it being only two days in between. If you only have two days the main thing is to recover well, to regain freshness and some had a day off yesterday for freshness mentality and emotionally.”

Lijnders also came out in support of Neco Williams after the young right-back was subjected to bizarre criticism after the win at Lincoln, praising him for being “a doer” and hailed the ever-increasing influence of Curtis Jones.

In regards to team news, he revealed Kostas Tsimikas will not be available against Arsenal or Aston Villa after picking up a thigh injury on his competitive debut, while Jordan Henderson will be evaluated on Friday as to his availability for Sunday’s league clash.