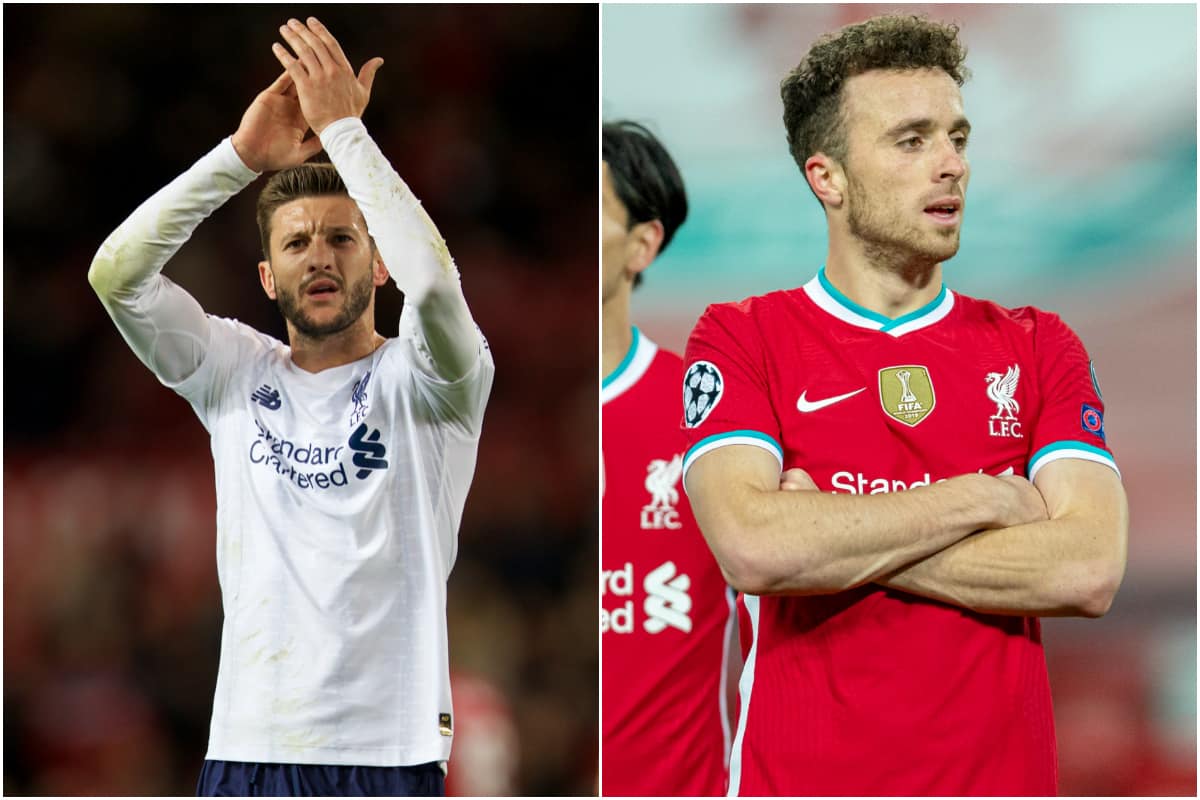 Adam Lallana believes Diogo Jota has made a bigger impact than he did in his first months as a Liverpool player, with the midfielder insisting it is “not to be sniffed at.”

Jota scored his second consecutive goal for the Reds to kick off a 2-0 victory over Midtjylland on Tuesday night, following his winner against Sheffield United three days previous.

His tally is already at three goals in eight appearances, averaging one every 138 minutes so far, despite not yet commanding a first-choice role in Jurgen Klopp‘s side.

Lallana, meanwhile, arrived as a Liverpool player with the club undergoing something of a crisis, with Luis Suarez departing for Barcelona in the wake of the near-miss in the Premier League title race in 2013/14.

He scored his first goal for the club in his seventh outing, and his fifth start, but by his own admission, he was “trying too hard.”

Assessing Jota’s start as he sat in the BT Sport studio for the Reds’ latest Group D win, Lallana insisted that he has already “proven his worth.”

“I think he’s started absolutely fantastically. He played at the weekend as well, along with the front three,” he said.

“I was speaking to Crouchy earlier and we were saying how difficult it is to join Liverpool and settle and hit the ground running.

“So I think he’s started the season brilliantly and he’s obviously full of confidence.

“[He could] potentially [replace one of the front three if they leave], no one knows what’s going to happen in the future, but I think the recruitment over the last few years has been absolutely sensational.

“Jota’s proven his worth so far, and long may it continue.” 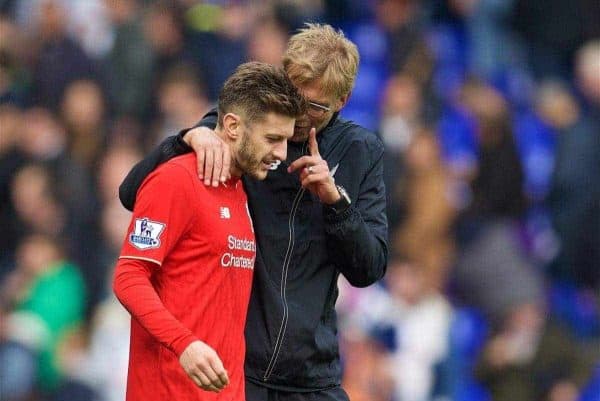 Comparing their starts at the club, Lallana explained how it took him up to a year-and-a-half to “really settle,” which would have come in the first months of Klopp’s time at the club.

Klopp was full of praise for his former midfielder during BT Sport’s coverage of the game, but Lallana argued that Jota was blazing a brighter trail than him already.

“Personally when I joined Liverpool, I probably tried a bit too hard,” he explained.

“I was so desperate to do well and came into an environment where it was just difficult, it was change, and something I wasn’t used to.

“It probably took me between a year and 18 months to really settle, so the likes of Jota coming in and performing at such a high level straight away is not to be sniffed at really, it’s brilliant.”