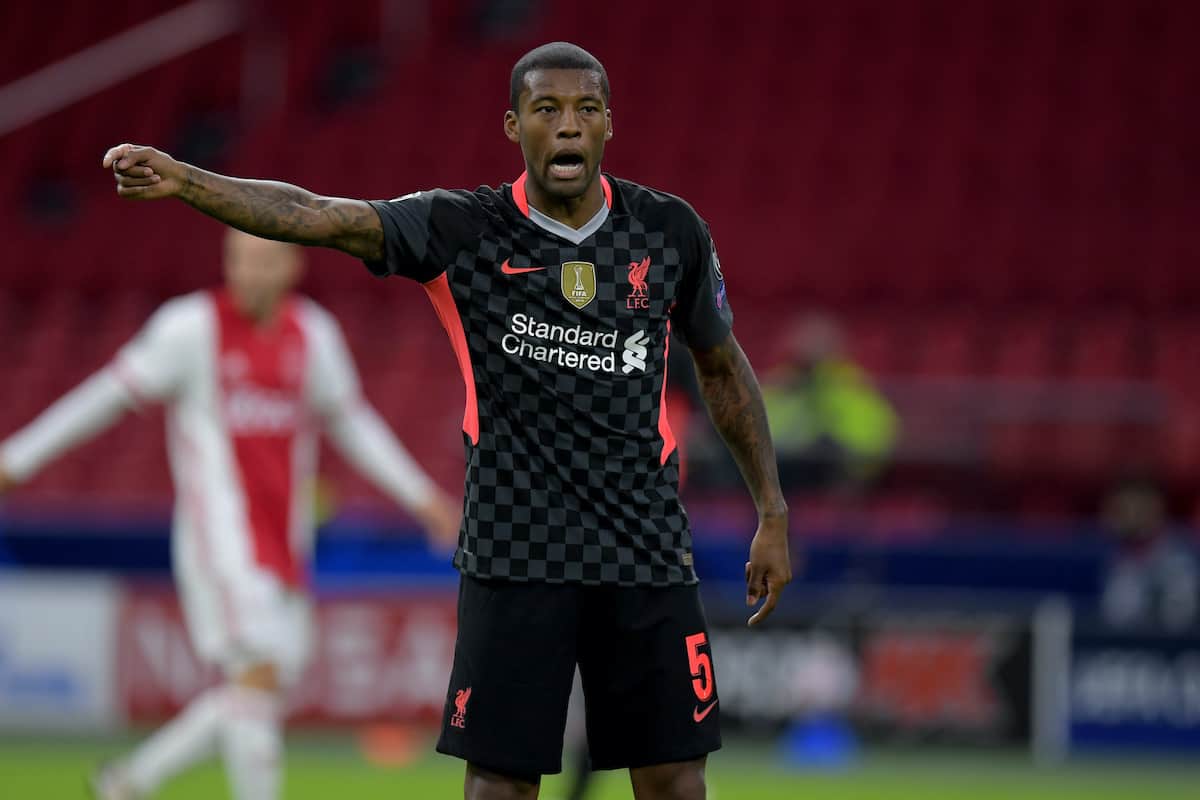 Fabinho was the standout performer in Liverpool’s 1-0 victory away to Ajax, as the Reds started their Champions League campaign with a hard-fought victory.

Jurgen Klopp‘s Premier League champions headed to the Amsterdam ArenA on Wednesday night looking to bounce back after a dispiriting few days for various reasons.

The only goal of the match came before half-time, with Sadio Mane‘s dogged work leading to Nicolas Tagliafico turning the ball into his own net.

Ajax had their chances – Fabinho cleared a goal-bound shot off the line and Davy Klaassen hit the post – but Liverpool were good value for their win. 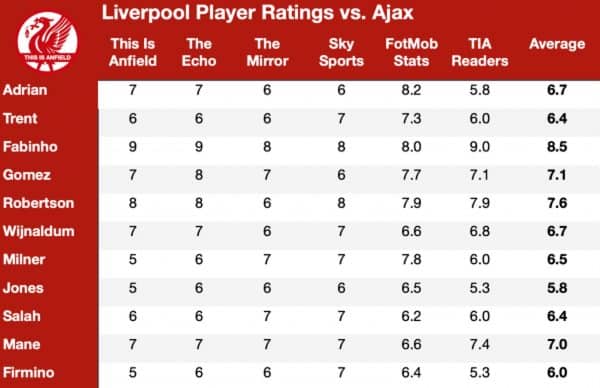 When it came to the highest average rating, there was only one winner.

Fabinho (8.5) was superb all evening for Liverpool, slipping back into a centre-back role and filling the void left by Virgil van Dijk.

The Echo‘s Ian Doyle hailed the Brazilian’s “fine interceptions and positioning throughout,” not to mention the aforementioned “brilliant goal-line clearance.”

Meanwhile, TIA’s Karl Matchett picked out “loads of second-half challenges, clearances and a few powerful runs into the midfield,” on a night when Fabinho showed what an outstanding footballer he is.

In second place was Andy Robertson (7.6), who is quietly having an impressive, consistent start to the season.

David Maddock of the Mirror felt the Scot “looked as dangerous as ever down the left,” lauding his “excellent delivery” as well.

Robertson made nine recoveries, according to FotMob, and also won both of the two tackles he attempted on the night.

Taking home the bronze medal was Joe Gomez (7.1), who deserves a big pat on the back for shining without Van Dijk and producing arguably his best performance of the campaign so far.

Doyle was quick to point out that the 23-year-old profited from the “calming influence of Fabinho” next to him, while Matchett described his display as “a step forward after recent inconsistency.”

Curtis Jones (5.8) got the lowest average on his Champions League debut, which feels harsh, despite him being replaced at half-time.

Liverpool have just a two-day break before their next game – a Premier League clash with Sheffield United at Anfield.

Another win would be another positive step in the right direction, as the Reds look to kick on and prove that they are still the team to beat.