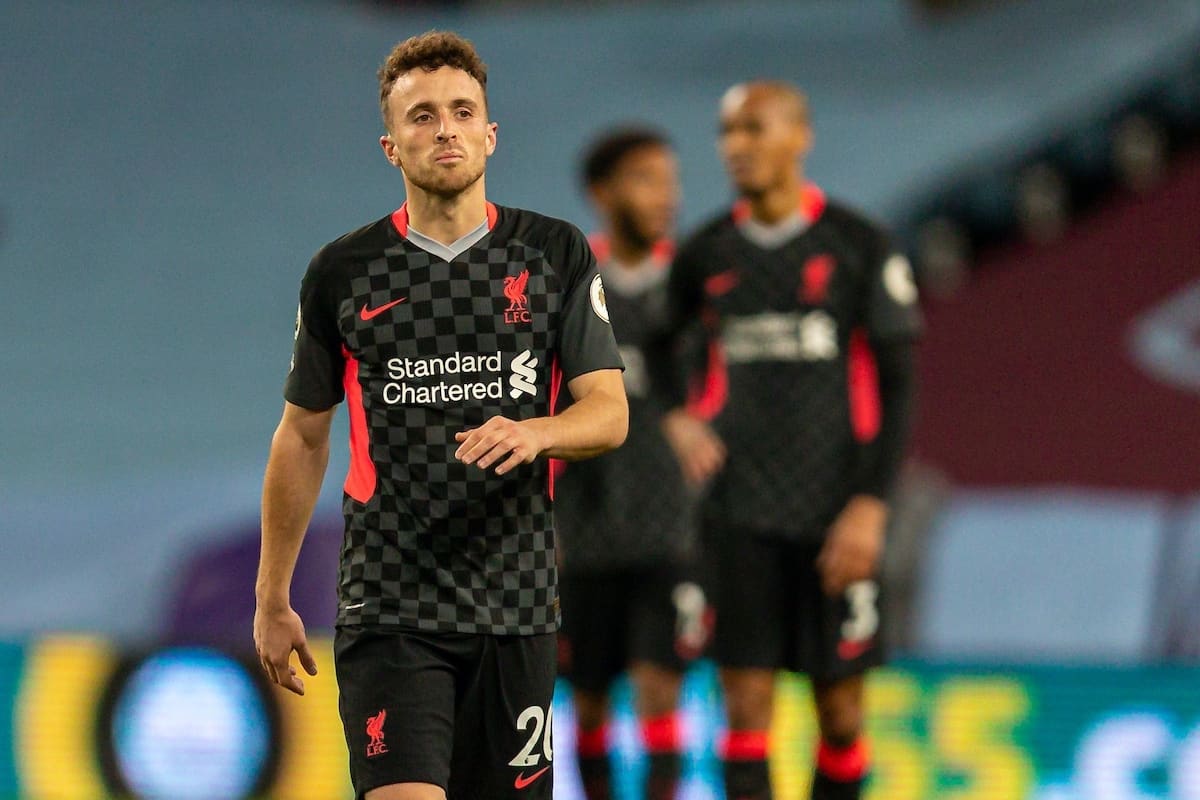 Liverpool suffered their biggest defeat since the 5-0 humbling at Man City in 2017 as Aston Villa humiliated their visitors to the tune of a 7-2 victory at Villa Park.

The Reds were dealt a hammer blow before kickoff with the news of a shoulder injury for Alisson, and it took his stand-in, Adrian, four minutes to crystallise supporters’ fears as his sloppy pass to Joe Gomez led to an opener for Ollie Watkins.

That put wind in Villa’s sails, and ex-Everton midfielder Ross Barkley, on his debut on loan from Chelsea, had a great opportunity to make it 2-0 minutes later, squandering it as Liverpool’s defence floundered.

Liverpool rallied, though, and a bright move involving Mo Salah and Roberto Firmino saw the Brazilian’s shot saved by Emi Martinez and the Egyptian was then brought down by John McGinn, only for the penalty appeal to be waved away after a VAR check.

But after Firmino wasted a chance borne of a Martinez mistake, Villa soon went up the other end and, with Watkins turning Gomez inside-out, the striker fired a brilliant shot into the top corner with Adrian, strangely, rooted to the ground.

The persistence and quality of the visitors led to a deficit-reducer just after the half-hour, with great work from Andy Robertson, Naby Keita and Diogo Jota leading to an opening for Salah to blast in.

Villa’s two-goal lead was restored shortly after, with a corner falling to McGinn whose fizzing volley deflected off the heels off Virgil van Dijk and into the back of the net.

And it was 4-1 in a miserable half for the Reds, with Watkins clinching a hat-trick, with the offside trap beaten again from a free-kick and the striker heading home at the far post, warranting a bollocking from Jurgen Klopp at the break. 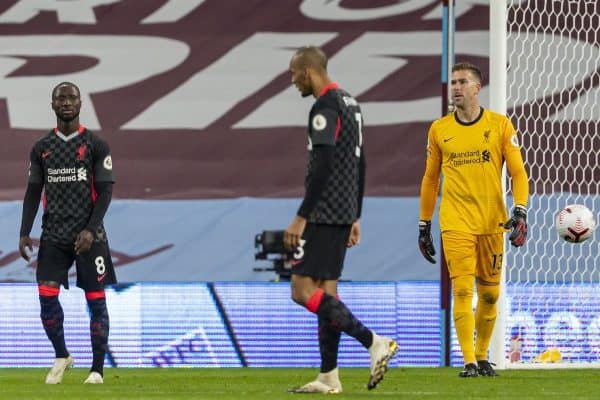 Forced into action, Klopp sent on Takumi Minamino at half-time and switched to a 4-2-3-1, with the No. 18 operating behind Firmino in a bid to turn the tide.

Turn the tide it did not, with Barkley and Jack Grealish’s instant chemistry allowed them to capitalise on an increasingly frequent blunder from Gomez for the loanee to fire a deflected strike over Adrian and in.

A perfect pass from Firmino gave Salah the opportunity for his brace, and the striker duly obliged as he shot a powerful effort beyond Martinez, before Klopp withdrew the woeful Gomez and sent on Curtis Jones in a positive change.

Adrian was certainly poor, but the Spaniard was very unfortunate with a number of the goals Villa scored, and this was the case again as Grealish made it 6-2 as his effort deflected cruelly off Fabinho and into the bottom corner.

Liverpool’s ridiculous high line was to blame for Villa’s seventh – yes, seventh – with Trent Alexander-Arnold unable to cut the pass out and Grealish granted the freedom of the Reds’ half to amble forward and fire past Adrian.

Watkins still found time to hit the bar with Adrian stranded, but Liverpool were spared any further embarrassment as the game ended at 7-2.

The last time the Reds fell to a five-goal margin was the 5-0 defeat at Man City in 2017, while the last time they conceded seven in all competitions was a 7-2 loss to Tottenham in 1963.

Time to move on.