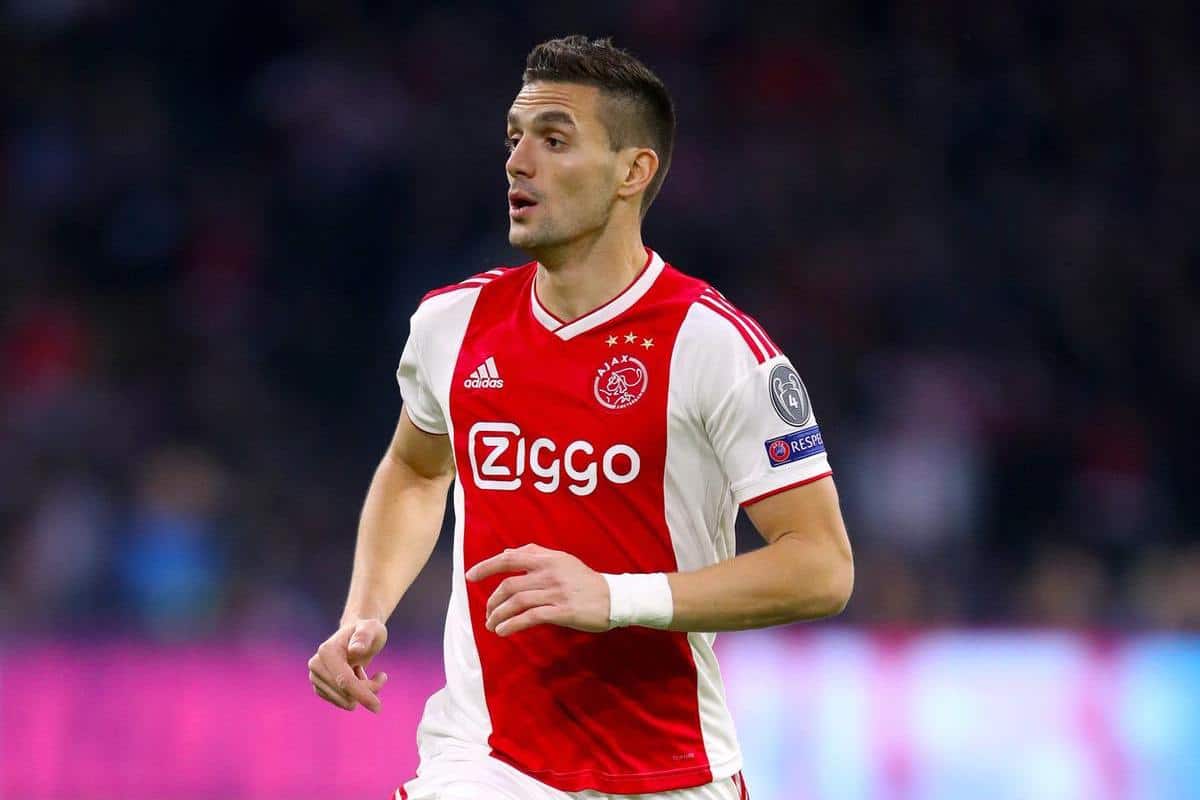 Ajax captain Dusan Tadic believes they would have given Liverpool a better game in the 2019 Champions League final than Tottenham managed.

The Dutch club were seconds away from securing their place when Lucas Moura scored in the sixth minute of added time in their semi-final second leg to put Spurs through.

It was a cruel blow on the Dutch side, who had been brilliant that season, and it hurt even more seeing Tottenham, in their first European Cup final, go behind to a second-minute Mohamed Salah penalty and never really threatening before Divock Origi scored a second late on.

“It would have been nice to play against them in the final,” said the former Southampton forward, who was asked whether Ajax could have beaten Liverpool.

“It is difficult to play against them [but] a larger chance than Tottenham for sure.

“I played against Liverpool too often, it was always difficult. They put on a lot of pressure with fast football, they are a big team but it will be a great game to play.”

Tadic will get his wish to play Jurgen Klopp’s side in the opening fixture of their Champions League campaign in the Johan Cruyff ArenA in Amsterdam on Wednesday.

Liverpool suffered a significant blow at the weekend when Virgil van Dijk was ruled out for several months with anterior ligament damage which requires surgery, and things have not improved for the visitors with fellow centre-back Joel Matip out of this game with an injury.

Ajax coach Erik Ten Hag claims he does not know if he is relieved Van Dijk will not be playing.

“I don’t know,” said Ten Hag when asked how he felt about the Holland captain being absent.

“At the end of the day it is about who is still playing. It’s not going to be a different Liverpool, they always play the same.

“The quality of Man A can switch to Man B, the whole team won’t change because Virgil van Dijk isn’t present.

Ajax forward Antony who has scored three goals in five league matches, will miss the game with injury.