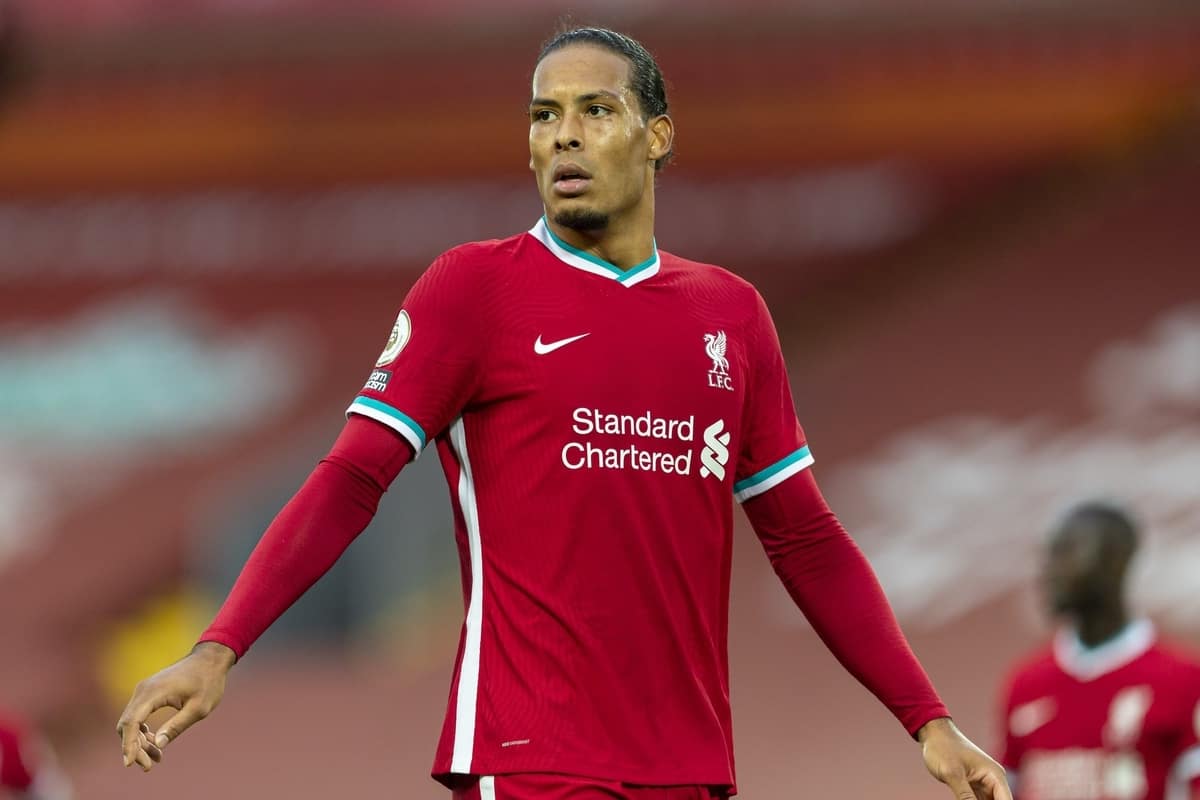 Virgil van Dijk has explained how initially he found playing behind closed doors “very difficult,” and hopes fans can return to Anfield “as soon as possible” to “lift” Liverpool.

The Reds have no had supporters at Anfield since the Champions League defeat to Atletico Madrid in March, due to ongoing restrictions amid the coronavirus pandemic.

On Tuesday, the Premier League, the Football League and the FA released a joint statement to address the government’s decision to allow gatherings in indoor arts and music venues, while still outlawing football in front of fans.

“We will continue to urge government to allow us to return fans safely to stadiums,” the statement read, signed off by executives from the men’s and women’s game.

“It is positive progress that major arts and music venues have been told they can run socially-distanced events indoors.

“And now football should be allowed to do the same – in highly regulated and stewarded outdoor environments.”

The impact of allowing reduced crowds back into games would be significant, both in terms of finances and the culture of the sport, while players will undoubtedly feel the benefit on the pitch.

Van Dijk is one of those who believes Liverpool have needed to adapt to life at an empty Anfield, and speaking on Eddie Hearne’s No Passion, No Point podcast, he called for the return of supporters “as soon as possible.”

“I found it very difficult,” he admitted.

“It’s pretty similar to boxing, the fans can play a massive part in difficult games, in difficult times during games, but also in good times in games.

“When you concede a goal, the fans will lift you up and let you go again, or when you score a goal, that can also let the opponent go further away from you.

“I think if you look at it in terms of boxing, the fans give you the extra lift, if you hit someone and the fans go ‘wow’, you want to go more and more and more.

“Just that extra boost that you can get from the fans, it’s the case for everyone.

“But I think for us in particular it’s something we obviously enjoy at Anfield, everyone knows how difficult it is to play there with the fans behind us.

“It’s just different now, and we all have to adapt and hopefully things will change as soon as possible, because we need fans.”

It can certainly be argued that Liverpool’s performance levels have dipped without the backing of the Kop, though as Van Dijk continued, the lack of away supporters may be affecting them too.

This could, perhaps, have been evident in the 7-2 loss at Aston Villa last time out, with no reaction from Villa Park able to spur the Reds on to a response.

“It lifts our performances when we play at home with our fans, but I think if you play away, when the fans turn against you, I like that,” Van Dijk added.

“I like it somehow, it gives you that extra motivation I think at times to just do better.

“So it’s just something that I definitely enjoy, and I miss completely. Like I said, hopefully things will definitely change.”

In an interesting interview on mindset and Van Dijk’s rise to the top, the Dutchman went on to praise the collective ethos in Liverpool as a city and a club, and described the title as a “reward” for the “trust” of the fans.

“I think we all know, and I can speak for myself of course, what’s asked of us,” he said.

“From the fans, from the club, from the whole culture of the club, the way we go about ourselves.

“It’s all about what we do on the pitch at the end of the day, but the main thing is we’re on the same boat, we’re going in the same direction.

“I think that’s definitely been key to our success over the last couple of years, and the manager has played a massive part in that.

“The city, the people that support us, all over the world basically, is just incredible. All the supporters, no matter what.

“You’ve seen over the years when it’s not always gone well for the club, and it was fantastic to just reward that trust, and how they’ve always been there, with the league title they’ve been waiting for for so long.”