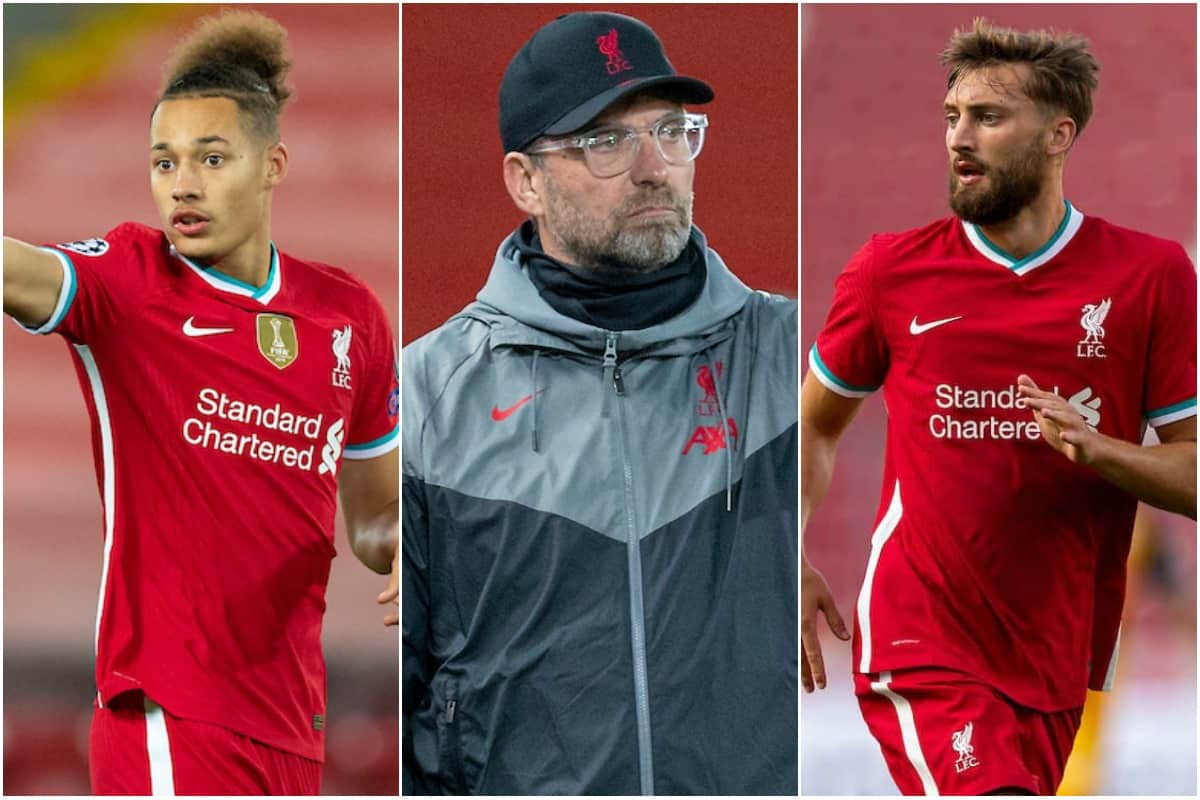 Jurgen Klopp has hailed the “exceptional” progress of Rhys Williams as the manager considered his centre-back options ahead of the Premier League meeting with West Ham.

The month of October has not been kind to Liverpool’s centre-back contingent, with Joel Matip, Virgil van Dijk and Fabinho all suffering an injury to dwindle the senior options to one: Joe Gomez.

The England International was the last man standing in midweek and will now shoulder much of the responsibility as the Reds look to make the most of the cards they have been dealt.

Nat Phillips and Rhys Williams are the options Liverpool have turned to on the bench in recent weeks, with the 19-year-old making two appearances in the Champions League in the last nine days, while 17-year-old Billy Koumetio has also returned from an injury setback.

There is also the option of Jordan Henderson and even Gini Wijnaldum to make the switch, but with injuries also hitting the middle of the park it’s far from an ideal situation.

And ahead of Liverpool’s league meeting with West Ham, which Matip is once again expected to miss, Klopp conceded he has a number of decisions to make – one which could see Williams earn his maiden Premier League appearance.

“Injuries are part of the game, we are used to it,” Klopp told reporters. “We, of course, care about Virg and that’s one thing and we will take care of him but the focus is now on the available players.

“I realised long ago that life is a challenge. This is a challenge 100 percent. We will deal with the situation and make the best of it.

“He was already a really good kid when he arrived here, the situation was one of the benefits of having Vitor Matos in the coaching staff because he made us aware of him.

“He said he is really good so take him in training so that’s what he did and he looked good.

“But we still have ‘Billy the kid’ and Nat Philips as well and these are the boys.

“Billy was not available for some reasons in the last 10 or 12 days but he is now back and they all train with us and now we have to make decisions.”

The Reds have West Ham first up before clashes against Atalanta and Man City, all of which they are to navigate without Fabinho – who Klopp explained: “got a little injury so he will be out for the weekend and slightly longer.”

The hope now is that Matip is not too far away from his return from a mystery injury.