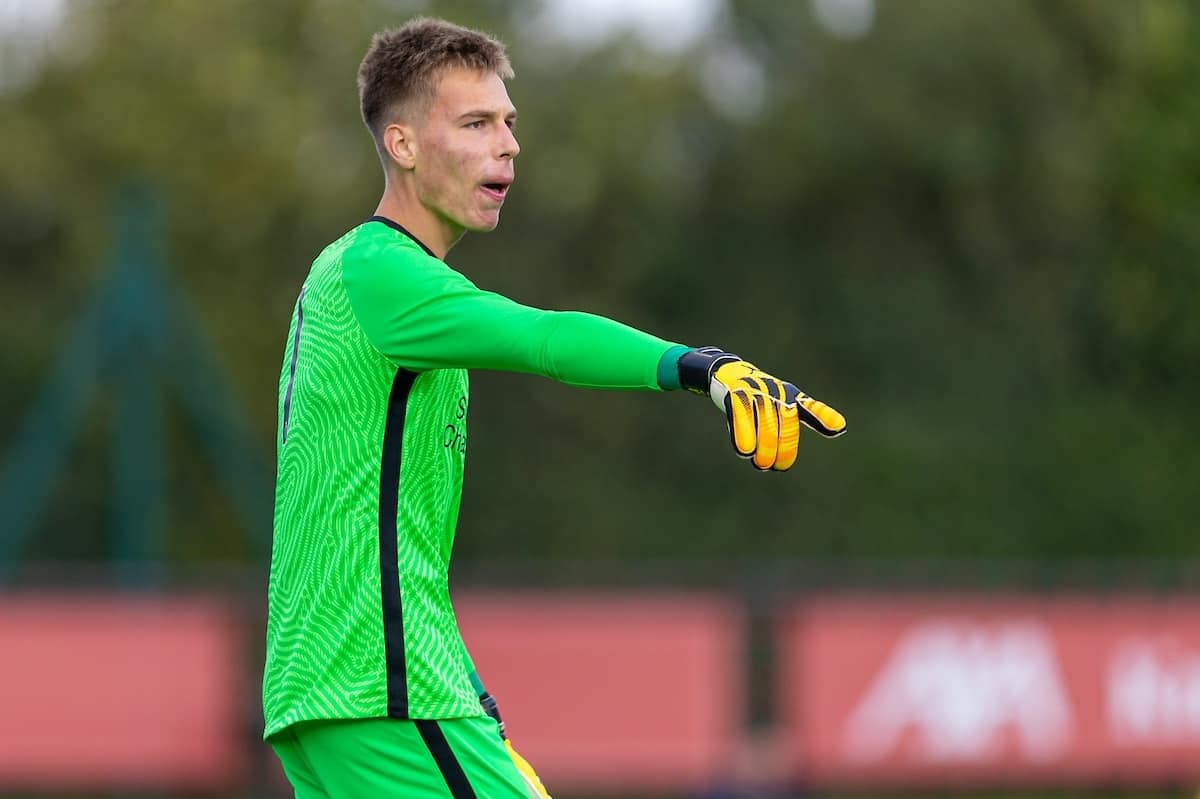 The Liverpool under-23s suffered a frustrating 1-0 defeat at Brighton on Saturday, with young right-back Jack Walls making his comeback after re-signing with the club.

Barry Lewtas‘ U23s took to the field without one of their standout performers on Saturday, with Leighton Clarkson serving the first of his three-match ban for a straight red card in the 5-3 win at Man United last time out.

Also missing was Ben Woodburn, having joined Blackpool on loan the previous day, while Yasser Larouci and Owen Beck were also absent, forcing Lewtas into an experimental back line.

Remi Savage started at left-back, with Rhys Williams and Sepp van den Berg at centre-back, and Walls made his return to the side at right-back, with natural centre-back Tom Clayton taking Clarkson’s place at the base of midfield.

For Walls, it was a momentous afternoon, having been released by Liverpool earlier in the summer only to rejoin the club this month to provide cover at full-back.

Unfortunately, a mistake from the 19-year-old led to the only goal of the game through Reda Khadra, who caught Walls in possession and beat Jakub Ojrzynski with a curler.

Ojrzynski himself was stepping up from his usual role with the under-18s as Vitezslav Jaros covered as third goalkeeper for the first team, and the young Pole largely impressed despite missing out on a clean sheet.

Liam Millar, denied a late loan move to the Championship on Friday, was the dangerman for Liverpool, but the Canadian was unable to fashion a decisive opening.

A returning Joe Hardy went close after fine work from Luis Longstaff in the second half, but ultimately the U23s could consider themselves lucky to end the game with only a 1-0 defeat as Peter Gwargis missed out late on.

The U23s are still without the injured Paul Glatzel, while Tom Hill is a long-term absentee, and there is a distinct lack of end product with the likes of Neco Williams, Curtis Jones and Harvey Elliott no longer available for selection.

It is a situation that Lewtas will hope to navigate as he presides over the development of a promising attacking unit including the likes of Longstaff, Jack Bearne and Jake Cain, who are talented but so far lacking consistency.