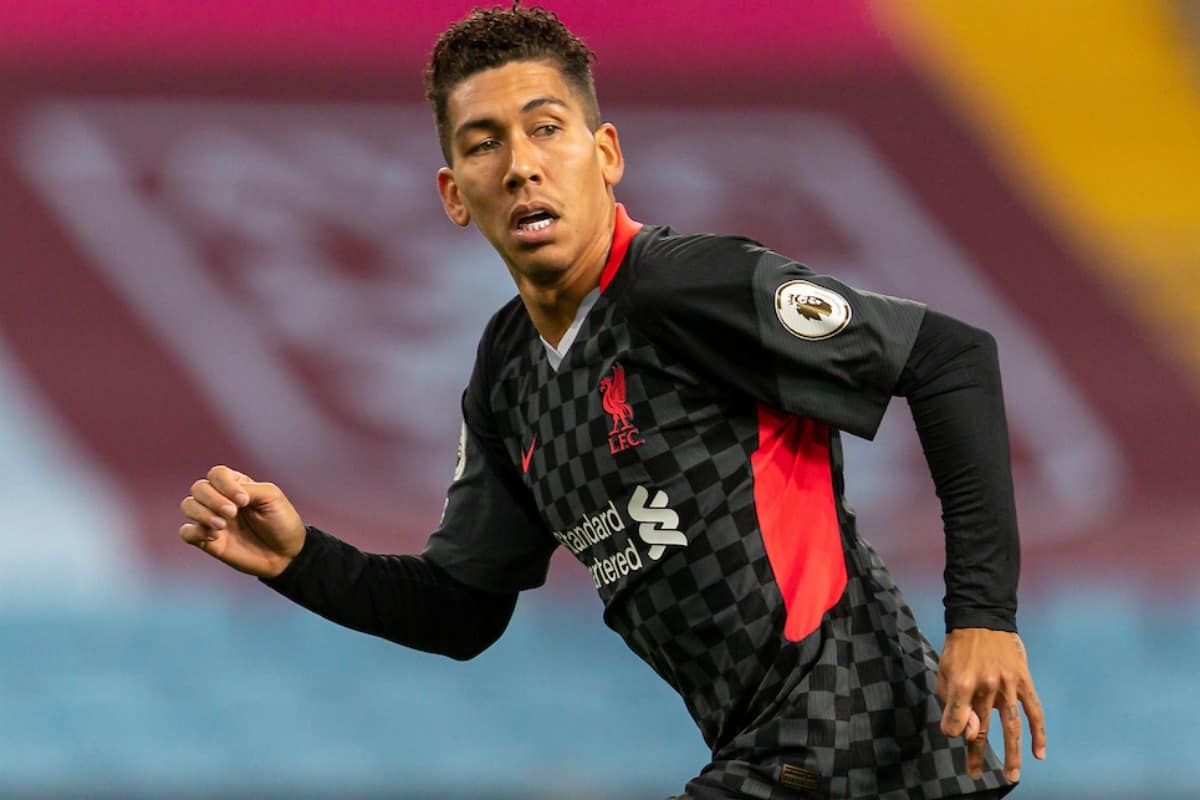 Roberto Firmino has looked a shadow of his former self so far in 2020/21, leading to concerns over potential burnout for one of Jurgen Klopp‘s most trusted players.

The Brazilian has appeared off-kilter from the back-end of last season stretching into the early stages of the current one.

Firmino is an ever-present in Liverpool’s starting XI, so much so that he is the most used player since Klopp arrived at Anfield in 2015 – playing a total of 242 games from a possible 272 under the manager.

When you take into account the demands of his role, which goes beyond just numbers in the goals and assist column, in addition to his exploits on the international stage you can certainly make an argument that he is in the red zone.

And in our new show ‘This Is Anfield Weekly’, premiering after each matchday, TIA’s Chris Williams voiced his concerns with host Keith Costigan following the nightmare defeat at Aston Villa.

“I’ve got real concerns about him now,” Chris said. “He’s been asked to do such a hard role for three seasons and I’m getting the feeling he may be getting near that burnout stage where he needs a break.

“We don’t have another player like that to do that position, to do that work.

“He’s probably my biggest fear at the moment, I think everybody else can be coached or it can be fixed. Firmino looks mentally and physically tired, purely because of what he’s asked to do.”

While his role in the side is one Reds understand is not deemed successful by his goal contributions alone, if his pressing numbers and efficiency are down then it does, as Chris alluded to, start to become a worry.

“With Firmino goals were never the measuring stick for how he plays, but there was a still a stream of goals in key moments,” Keith added on the topic.

“Whether it be seven in 20 games where you’re saying it’s not the best strike rate of a No. 9 but he does so much more.

“But when you hear [things like] it’s one in 17 and scored one in the last 20 at home, you’re going it’s not just a small sample size anymore.”

Consistency has been key for Firmino but with his output dropping below his world-class standards it could be time for Klopp to hand Takumi Minamino a run in the side, a player who was acquired to help share the load.

Are you in the same boat as Chris and are starting to becoming increasingly concerned? Or do you feel he can play his way out of his downturn in form?