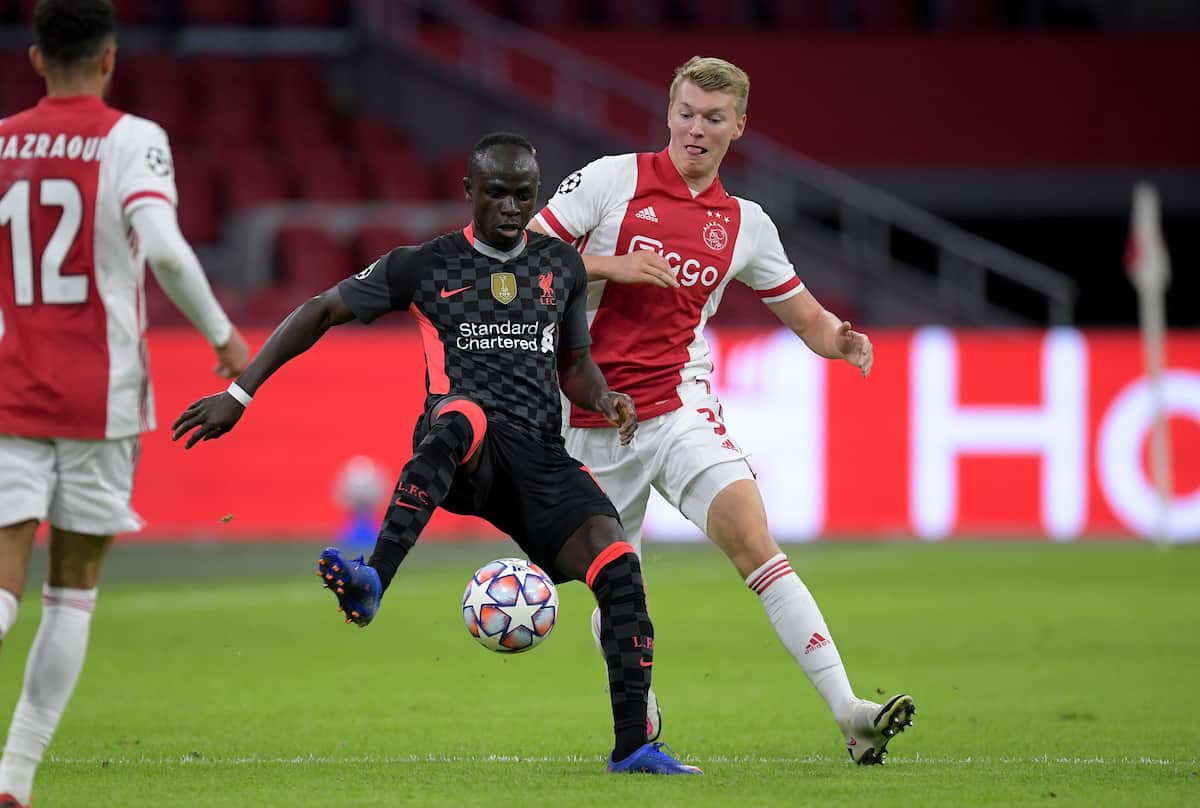 Liverpool host Ajax in the Champions League on Tuesday evening, with a draw or win taking them into the competition’s knockout rounds.

It hasn’t been an ideal week for the Merseysiders, who have suffered the rare experience of going two matches without a win.

Their 2-0 defeat at home to Atalanta was followed up by a 1-1 draw away to Brighton on Saturday, with late penalty frustration coming Liverpool’s way at the Amex Stadium.

Injuries continue to hamper the Reds’ charge in the Premier League and Champions League, but they still find themselves in a strong position in both competitions.

Ajax head to Anfield in midweek in a rich vein of form, but they face one of the biggest tests in European football. 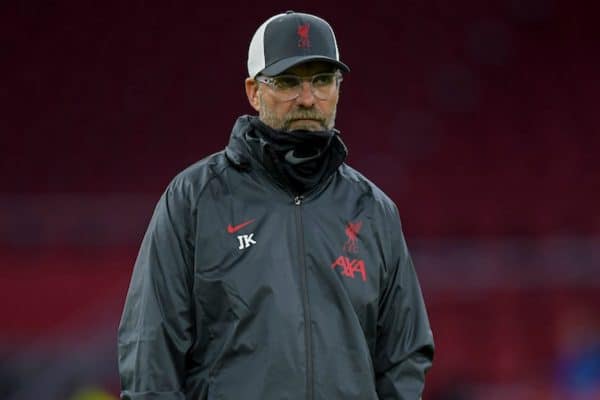 Jurgen Klopp‘s men know that even a draw will guarantee a place in the last-16, and achieving that feat will allow for a weaker team to be used away to Midtjylland next Wednesday.

The reverse fixture in the Netherlands suggests Liverpool will be tested, however, with Nicolas Tagliafico’s own goal the only difference between the two sides.

A stronger team will be played than the one Klopp picked against Atalanta, though, so the hosts are clear favourites going into the game.

Victory doesn’t need to be achieved in pretty fashion – Tuesday is just all about getting the job done.

Liverpool’s injuries keeping racking up, with James Milner the latest player to enter the treatment room.

The 34-year-old picked up a hamstring issue at Brighton, meaning he is likely to be out for an extended period of time.

Virgil van Dijk and Joe Gomez are out for many months with knee injuries, while Trent Alexander-Arnold, Thiago and Naby Keita are also key absentees.

Klopp is also having to make do without Alex Oxlade-Chamberlain and Xherdan Shaqiri, highlighting how unfortunate the Reds have been so far this season.

Jordan Henderson is expected to start, however, with the skipper’s return a huge boost after playing in the second half against Brighton.

Joel Matip will also hopefully return to the fold after being rested over the weekend, partnering the in-form Fabinho at centre-back.

It will be interesting to see if Klopp starts all four of Diogo Jota, Mohamed Salah, Sadio Mane and Roberto Firmino, especially with a lack of midfield options at his disposal.

A 4-2-3-1 formation is possible in that respect, although it may be that the Liverpool boss leaves one of the quartet out, allowing for rotation.

Daley Blind could be out for Ajax with a hamstring injury, while Mohammed Kudus is definitely missing.

The Dutch giants may start exciting young forward Antony, having missed the corresponding clash with the Reds last month.

Since Liverpool left the Johan Cruyff Arena with all three points, their opponents have been in unstoppable form, suggesting Tuesday will be no easy assignment.

Remarkably, Erik ten Hag’s side followed up their defeat to the Reds with a sensational 13-0 win at VVV-Venlo – yes, you read that correctly!

A respectable 2-2 draw away to Atalanta came next in Group D, before Fortuna Sittard were thumped 5-2 in the Eredivisie.

Midtjylland were seen off twice in the Champions League, during which time there have also been comprehensive league wins against Utrecht (0-3), Heracles (5-0) and FC Emmen (0-5).

Jota has made a fantastic start to life at Liverpool since joining from Wolves, scoring nine times in just 14 appearances.

To sum up the Portuguese’s brilliance, he has only scored one goal fewer in open play than Salah and Mane combined (10) this season, with the Liverpool duo scoring five apiece.

Salah has scored five penalties on top of that, meaning he is narrowly the Reds’ leading goalscorer this season over Jota.

Having come in as a possible deputy to the front-three, the 23-year-old has to be a regular starter on current form.

Speaking to the press on Monday afternoon, Klopp admitted he expects a big test at Anfield:

“Yeah, why should I not expect a close game? Ajax Amsterdam is a really good side and since our game is flying pretty much through the league.

“Big results, clear top of the table, very talented, some players coming back – these kind of things. Yes, I expect a close game.”

Liverpool vs. Ajax is live in the UK on BT Sport 2, with coverage starting at 7pm (GMT) and kickoff at 8pm.

Chris Williams is tasked with guiding you through the action on This Is Anfield’s matchday live blog, keeping you company from 7.15pm.