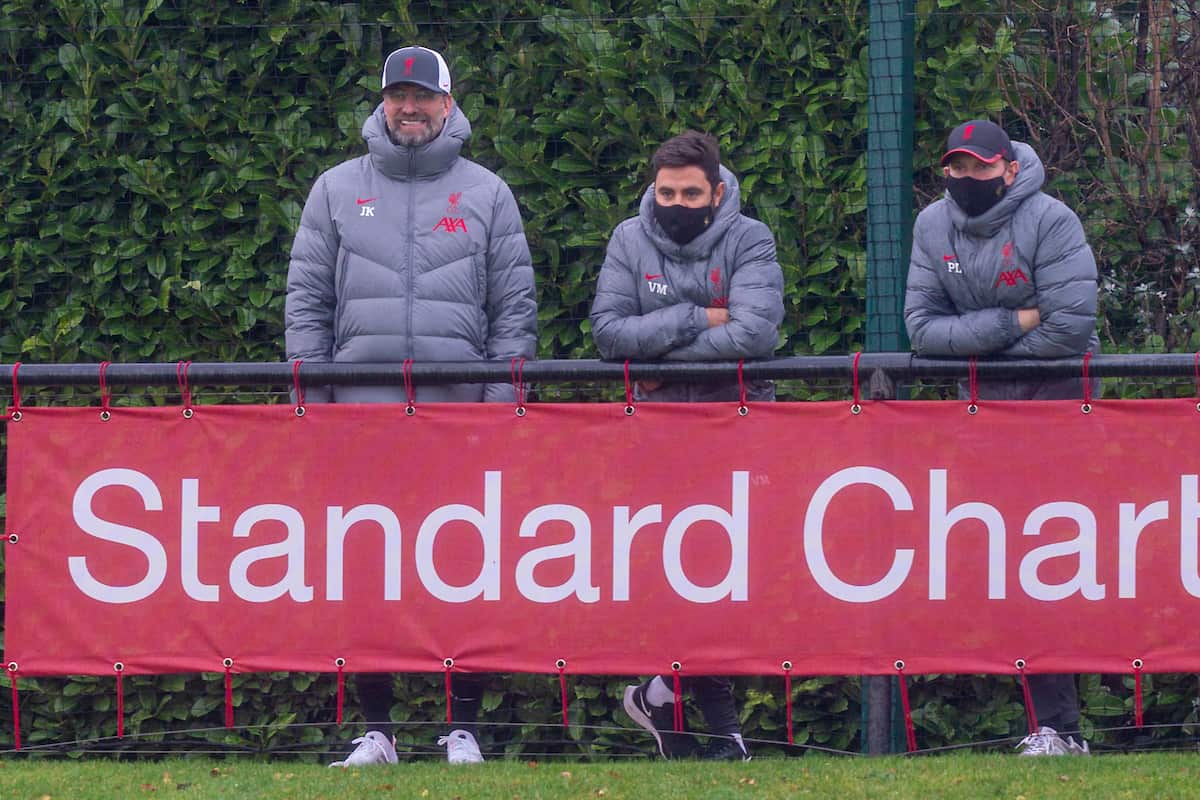 Jurgen Klopp and his first-team staff were in attendance as the Liverpool under-23s drew 0-0 with Southampton, with two injuries hampering their afternoon at Kirkby.

With the senior squad having made their permanent switch to Kirkby over the international break, Klopp wasted little time to make use of one of the main benefits of the facility.

He, Vitor Matos, Pepijn Lijnders and John Achterberg all walked over to the academy pitch for a Saturday afternoon kickoff, with the U23s hosting Southampton in their bid to move to the top of the Premier League 2 table.

Barry Lewtas made five changes, partly due to Klopp’s first-team plans, with both Jake Cain and Leighton Clarkson given a watching brief as they too stood on the touchline, their absence leading to a debut for 18-year-old midfielder Tyler Morton.

Paul Glatzel and Luis Longstaff both started having trained with the senior squad earlier in the week, but captain Liam Millar was the standout throughout the first half, striking the post with a deflected effort.

It was a largely staid opening 45 minutes, though Caoimhin Kelleher impressed when called upon as a bright Southampton attack looked to trouble the likes of Sepp van den Berg and Remi Savage. 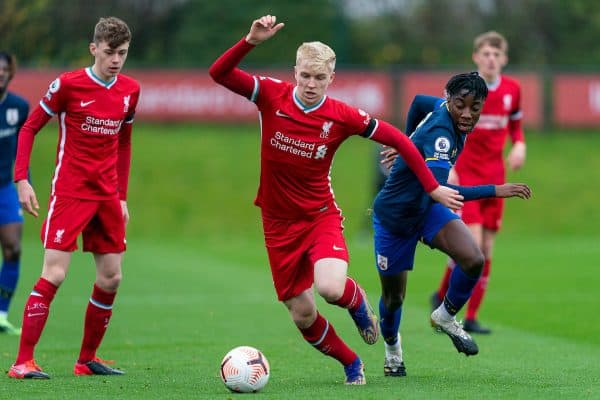 A late challenge on Paul Glatzel proved a big worry for Liverpool, following the striker’s recent struggles with injury, and he headed down the tunnel at the break with Klopp’s arm around him, to be replaced by Fidel O’Rourke.

O’Rourke was involved in a controversial situation midway through the second half, with his pressing allowing Millar to drive forward and ultimately feed him in the box, and after the ref initially blew for a penalty, it was then ruled out for offside.

Morton grew in influence as the game wore on, and the 18-year-old went close with a free-kick aimed at the top corner, while from right-back another youngster, Conor Bradley, caught the eye with his persistence.

Lewtas threw everything at it late on, sending on the experienced Joe Hardy with less than 10 minutes to play, only to see him almost immediately stretchered off after a bad challenge in his own half.

The situation clouded the game as it played out to a stalemate, with fingers now crossed for Glatzel and Hardy as they await the verdict on their injuries.