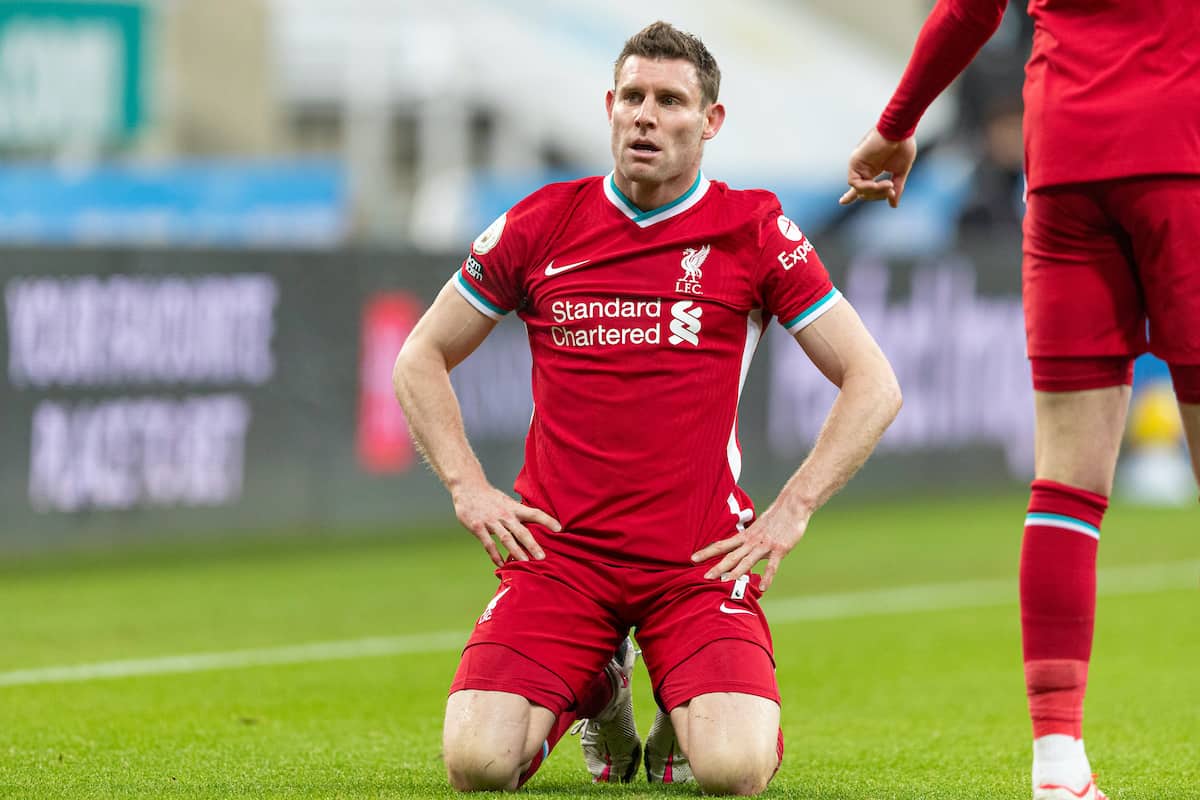 It was another game where too many Liverpool players fell flat on Wednesday, as the Reds drew 0-0 away to Newcastle and dropped further points in the title race.

The hope was that the Premier League champions would bounce back from the 1-1 draw at home to West Brom at the weekend, but they fluffed their lines again at St James’ Park.

Liverpool huffed and puffed for a winner, with Mohamed Salah missing two glaring opportunities, but it never felt like it was going to happen.

Too often, the pace of the visitors’ play was slow and predictable, and Newcastle defended doggedly to earn a point in the end.

It is far from the ideal end of 2020 for Liverpool, but they are still three points clear at the top of the table. 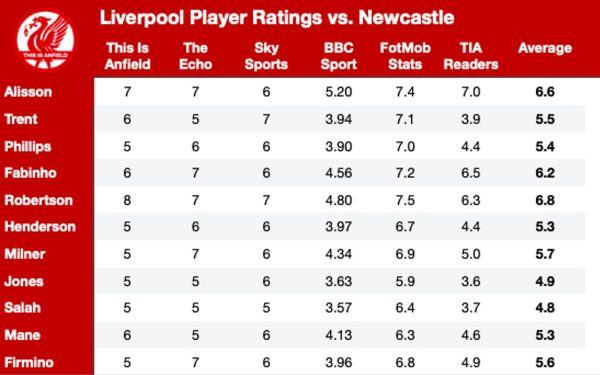 As has so often been the case this season, Andy Robertson (6.8) was a standout figure for Liverpool and he earned the highest average rating.

It may not have been a vintage performance from the Scot, but he still gave his all and provided a threat down the left-hand side.

James Nalton handed Robertson TIA’s Man of the Match award, lauding “a number of crosses and passes into dangerous areas.”

In second place was Alisson (6.6), which considering how untested he was for large parts of the game, sums up Liverpool’s display.

The Echo‘s Ian Doyle praised the Brazilian’s “solid handling from a number of Newcastle shots,” also picking out a “good stop” to deny Ciaran Clark.

Fabinho (6.2) also made it into the top-three, as he again largely impressed at centre-back alongside the struggling Nat Phillips (5.4).

The 27-year-old enjoyed a 95 percent pass completion rate, according to FotMob, and also won six of his nine duels on the night.

It was Salah (4.8) who took home the dreaded wooden spoon, as the Egyptian not only missed two huge chances but offered little in his all-round game.

Nalton bemoaned the fact that Liverpool’s No. 11 was “unable to make the difference,” while Doyle said it was “not his night.”

The Reds have a tricky assignment up next, with Southampton hosting them on Monday night.