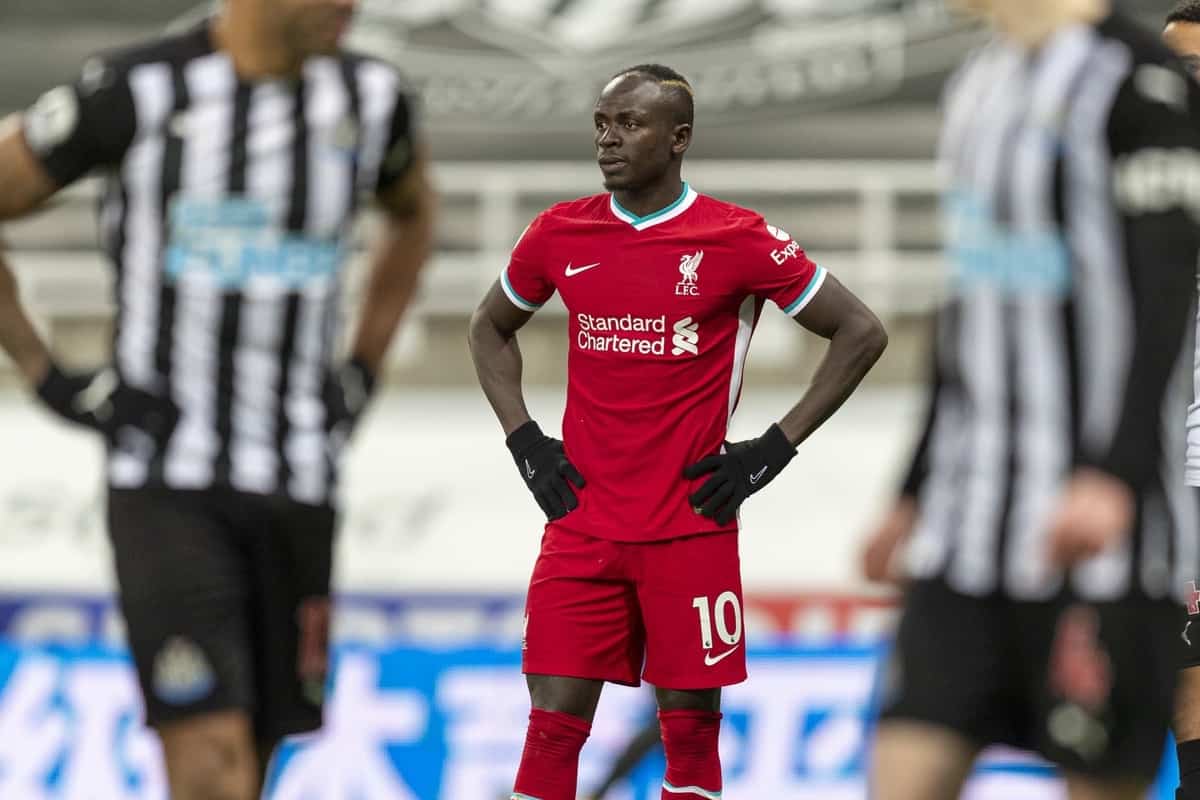 Liverpool could only draw at Newcastle due to the failure of some players to take chances and the performance of Newcastle goalkeeper Karl Darlow.

Was tested early on by a cross which ended up dipping towards the bar, prompting the Brazilian to tip it over, taking no chances.

A more orthodox shot from Jacob Murphy was easily held, and his distribution from the back was generally good and quick.

Makes a great save from Ciaran Clark following a period of inactivity at his end of the pitch.

Provided some first-half highlights in the shape of a throw-in routine and a raking cross-field pass to Mane.

That a throw-in can be included among highlights is an indication of how bad the first half was.

A great cross in the final ten minutes almost led to a goal, but it was defended well by a combination of Darlow and Fabian Schar.

Struggled generally but did win eight aerial duels, which is his thing.

Callum Wilson skipped past him early on which made the high line seem more precarious.

Was decent and assured enough when it came to playing the simple passes during build-up play, but Liverpool miss a progressive presence in this position who also fits the system.

Gets only a 5/10 which feels harsh, in a way, when he’s been asked o do things which don’t suit his game.

Did well to come across to cover for the beaten Phillips as Wilson was able to get behind the defence.

Was later booked for blocking off Yedlin as Newcastle broke. A good booking to take in the circumstances.

You wouldn’t mind him in midfield, especially with his ability to shoot from distance and give the opposition something else to think about.

But as it was, in defence he wasn’t bad, wasn’t overly tested, but also wasn’t able to be at his best further forward.

Felt like he spent most of the game setting up Firmino.

Made some good forays early on which set the tone for his performance, and was one of the more impressive players when it came to making things happen.

Made a number of crosses and passes into dangerous areas, and the first for Firmino should have at least produced a shot on goal, but the striker failed to connect properly.

Another ball from a corner found the striker at the far post, but again the finish wasn’t forthcoming.

Had a chance himself, set up by Firmino, but he failed to control the ball at speed.

Then a final chance set up for the Brazilian, with Darlow producing another quality save.

A nice ball through to Salah was the highlight of an up and down game for the captain — something which could be said for many players in this game.

Indeed, a lot of what can be said about Henderson here could be applied to all of starting midfield.

It felt sluggish, and moments of quality were in rare bursts rather than applying sustained pressure on the opposition. 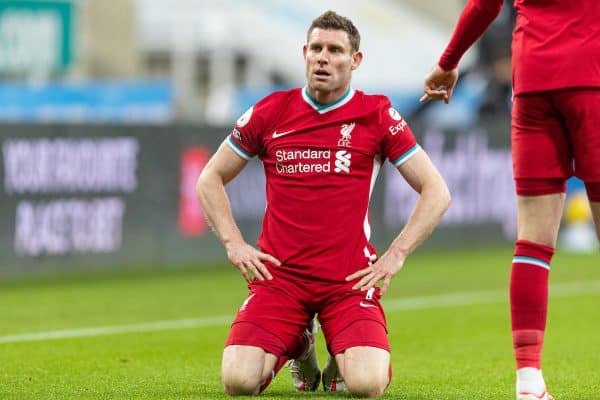 Saw a left foot effort easily saved by Darlow early on, even though he hit it well the Newcastle goalkeeper would have been happy to take them all night.

There was a bit of good play towards the end of the first half as he won the ball and set up Salah, but there was no end product.

As the most inventive of Liverpool’s midfield three you would have liked him to have been more involved, but he failed to get into the game.

It was perhaps a game too many for him and it was no surprise when he was the first to be substituted in the second half. There was an argument for this sub to come earlier.

A Liverpool teamsheet looks better with him on it these days, but this wasn’t his night.

Had a big chance after getting in behind the Newcastle defence onto Henderson’s ball, but the shot was saved by Darlow.

Took a Firmino’s pass well and in his stride, but a composed finish wasn’t forthcoming once again.

Was presented with a chance later on but he took a poor touch and the chance came to nothing. Add chances to add to his goal tally for the season, but was unable to make the difference.

As mentioned earlier, he worked well with Robertson but lacked the clinical finishing we saw in the Crystal Palace game.

Had a chance to open the scoring from Robertson’s cross but his touch let him down, then a header from Mane cross saved by Darlow.

Played a great ball to Salah for one of the Egyptian’s chances… you can guess what happened to that.

Had another headed effort at the far post, but couldn’t get enough on it to send it back across goal.

Did well to make good contact with a header from Alexander-Arnold’s corner, but the shot only found the side netting.

Looked dangerous throughout but didn’t quite have the cutting edge required to turn threats into goals. 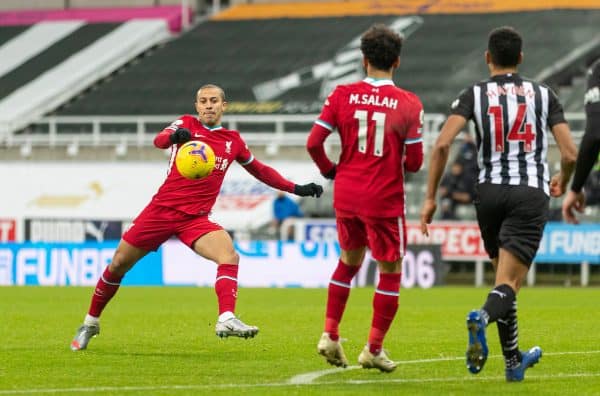 Found himself in a good position but failed to make anything of it. Could probably have shot, but instead chose to pass, and said pass was easily intercepted.

Felt like more of the same rather than a useful substitution.

Had a shot from distance which was definitely going in before it was well blocked by the Newcastle defence. Upped the tempo and got us all excited again. Hopefully his next appearance is sooner than four months away this time. 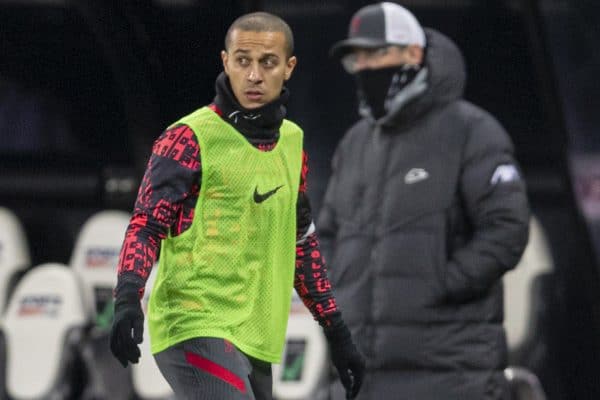 Georginio Wijnaldum was replaced in the starting lineup by James Milner, with Klopp commenting before the game that it felt like the Dutchman has played 70 games in a row.

But Milner’s fresh, but-almost-35-year-old, legs added little, and those on the bench looked like they might have provided more than a stodgy Henderson and Milner, and an ineffective Jones.

When the players did arrive off the bench they probably came too late to make a difference, and Minamino or Oxlade-Chamberlain may have been more effective and have added more drive or inventiveness than Wijnaldum.

To be fair, his team did create some good chances to win the game, but it didn’t feel like there was ever the momentum or drive to make any of them count.