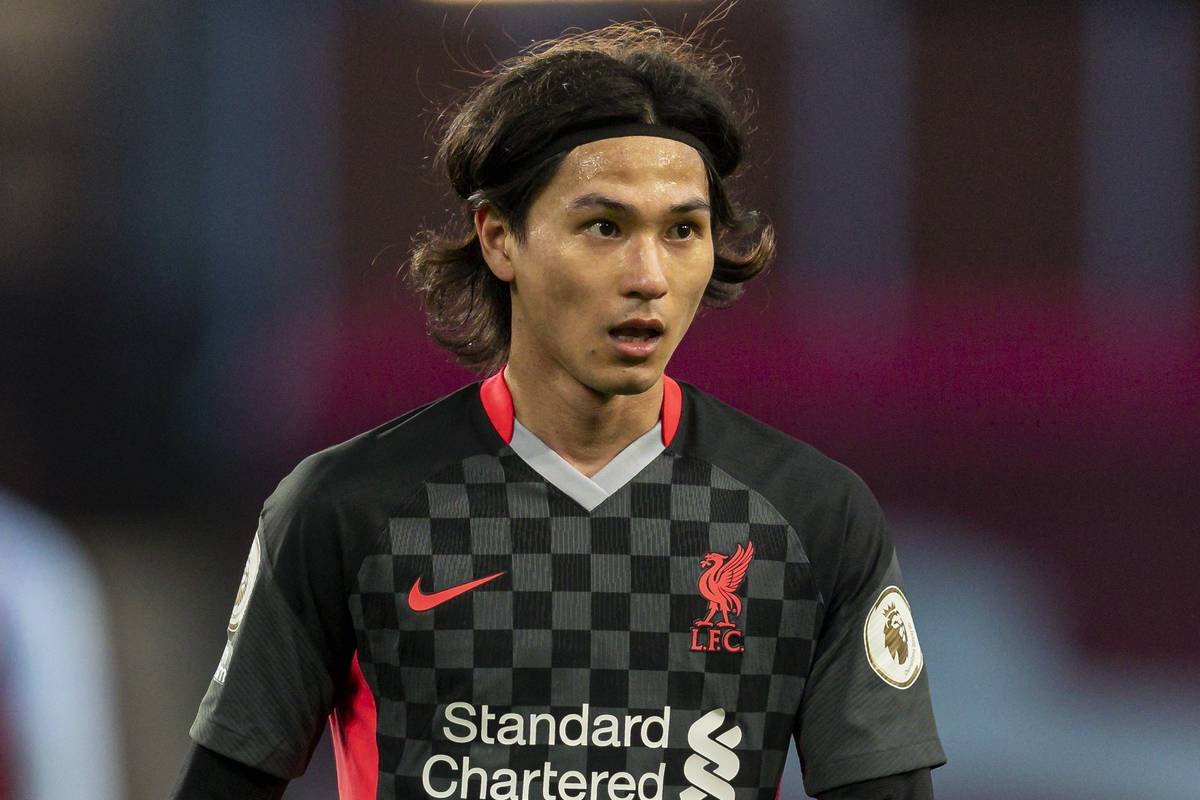 There is set to be a number of changes on the cards for Jurgen Klopp when he sends his side out for the trip to Aston Villa in the FA Cup.

It has been 11 days to forget for Liverpool with only two points picked up from an available nine after performances took a nose dive post-Christmas.

The Reds have failed to test opposition defences and with only one goal scored amid just seven shots on target in the last three outings, a creative spark is desperately needed.

And it could come as part of what is expected to be a heavily rotated side at Villa Park, with a host of senior faces set to make way for those on the fringes – but the boss is certainly not one to shy away from a surprise lineup.

There are a myriad of options available to the manager with the injury list having eased in recent weeks, and it could be a time for someone to stake their claim for more regular minutes.

Here’s how Klopp could set up his side against Aston Villa in the cup.

Rotation for the Reds

The injury list makes for much better reading for the Reds these days, with no new setbacks from the latest batch of games.

Instead, Klopp has welcomed back the likes of Thiago, Alex Oxlade-Chamberlain and Xherdan Shaqiri while Joel Matip and Naby Keita are back on the comeback trail – with the centre-back a chance to be in the mix for Man United and the midfielder given a “soon” verdict by the boss.

Diogo Jota, meanwhile, is not set to return to team training until the end of January, at the earliest, as he continues to recover from a knee injury with the boss stating there is “no real time frame” on his return.

And with this game coming four days after the trip to Southampton and nine days before Man United‘s visit, there is certainly scope to remain strong but a rotated side is likely after hints at needing “fresh legs.”

Liverpool’s recent run of form could dictate such a decision but there is the expectation that the likes of James Milner, Takumi Minamino, Divock Origi, Neco Williams and Caoimhin Kelleher will receive a valuable run out.

Aston Villa, meanwhile, saw their training ground closed after a “significant” coronavirus outbreak, meaning if the game were to go ahead it would likely see their academy players feature.

Sweeping changes could lead to at least eight fresh faces for the Reds, with every department seeing an injection of fresh blood.

It could hand Kelleher another shot between the sticks in what would be his fourth appearance of the season behind a back-line mixed with youth and experience.

With Andy Robertson and Trent Alexander-Arnold having been readily relied upon, it is now time for James Milner and Neco Williams to step in respectively, where they could be joined by Rhys Williams and Fabinho.

In midfield, Thiago and Oxlade-Chamberlain could retain their places as they look to build up the all-important rhythm Klopp seeks after lengthy stints out with injury, with Curtis Jones making his return.

And with the attack having proved stagnant and lacking a creative spark, a trio of changes could provide a fresh look in the form of Takumi Minamino, Xherdan Shaqiri and Divock Origi.

Both Minamino and Shaqiri have looked bright in their latest appearances and have the hunger and ability to displace more regular faces if given the chance to impress in a side which would look like this: 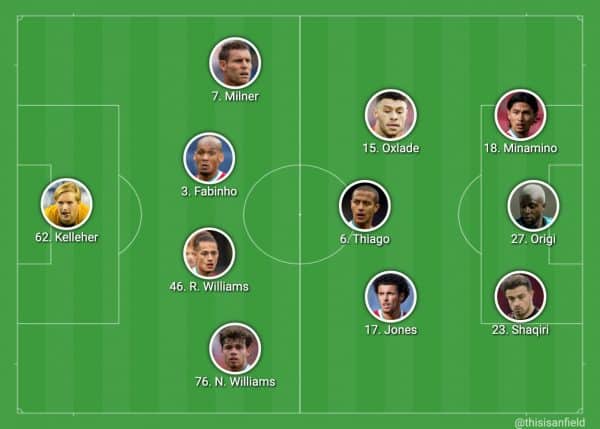 Alternatively, with Fabinho needed to be all but wrapped in bubble wrap such is the precarious state of the centre-back situation, Nat Phillips could very well enter the fray.

He would sit alongside another defender who has made the step up this season to cover the shortfall in Rhys Williams in a back-five with an average age of 23.6 – with Milner’s inclusion boosting the figure.

To make up for the loss of a senior figure, the captain could very well step into midfield from the start before being withdrawn with five substitutes available in the competition.

He would be joined by an exciting duo of Oxlade-Chamberlain and Jones, with the pair certainly able to add a creative spark behind the aforementioned trio of Minamino, Shaqiri and Origi: 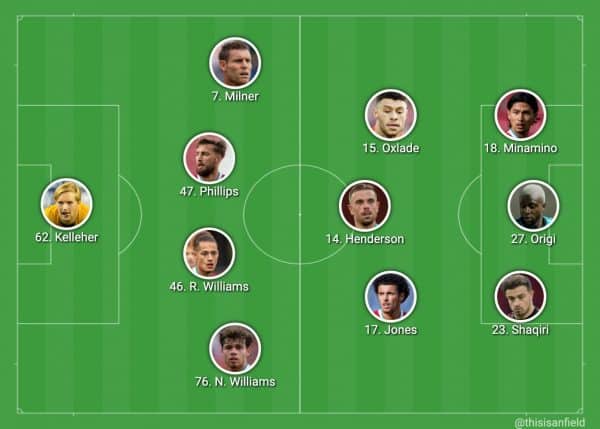 This game will no doubt divide a few as it can be seen as a free hit in which to make a number of changes but it could also represent a valuable chance to return to winning ways and kickstart some momentum.

Either way, the Reds will either have another shot at silverware by progressing to the fourth round or clear their schedule later in the month to make it all but a win-win situation.