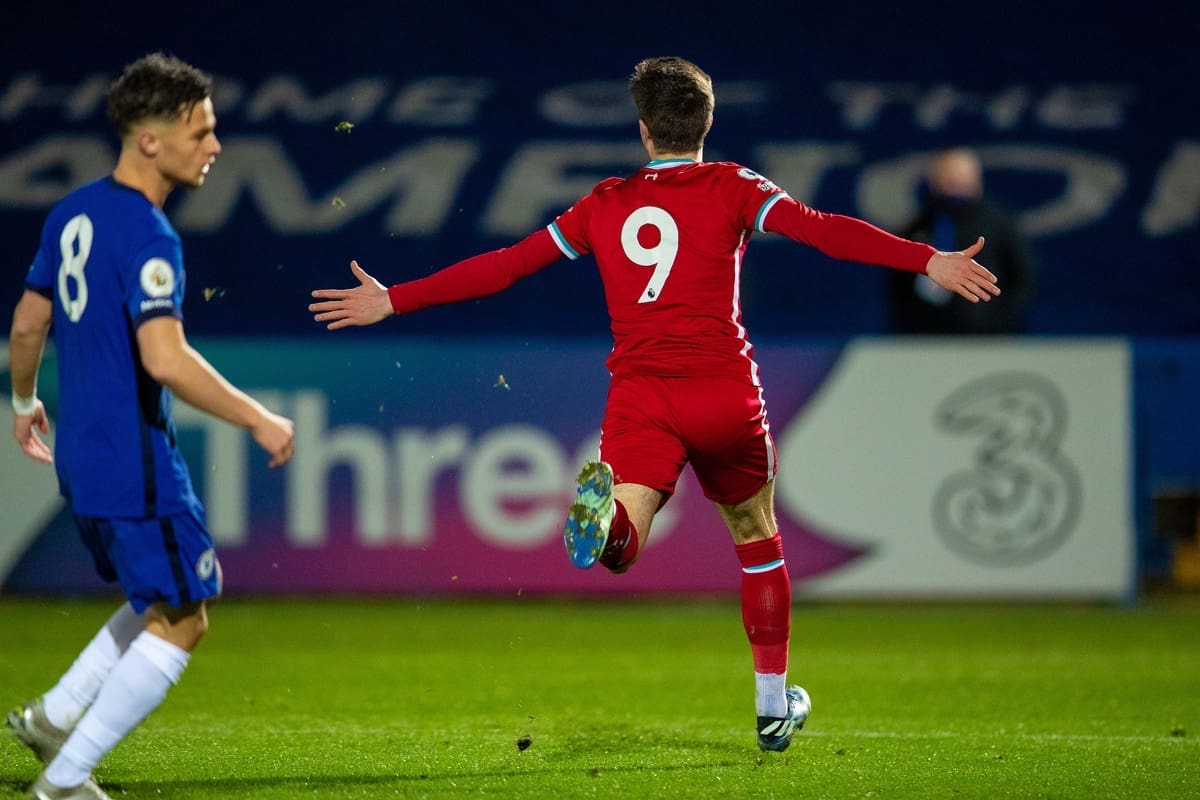 The Liverpool under-23s fought back for a 3-2 victory away to Chelsea on Friday night, but injuries to Marcelo Pitaluga and Leighton Clarkson clouded the celebrations.

The young Reds arrived in Kingston-upon-Thames with Barry Lewtas having made four changes from the 6-3 loss to Man United in their last competitive outing at the end of January.

Morgan Boyes, Conor Bradley, Owen Beck and Layton Stewart came in for Tom Clayton, Sepp van den Berg, Remi Savage and Fidel O’Rourke, but within five minutes Liverpool were a goal down as Thierno Ballo capitalised on hesistation from Billy Koumetio to finish.

Chelsea dominated for much of the first half, only for their visitors, growing in confidence as the opening 45 minutes wore on, to turn the tide with two goals before half-time.

The first came from Jake Cain, who struck following an excellent move involving Clarkson and Ben Woodburn, with young right-back Bradley providing with his third assist of the season.

Tyler Morton then added another with an increasingly common spectacular goal for the 18-year-old, lobbing Chelsea goalkeeper Ethan Wady from range to secure the lead before the break. 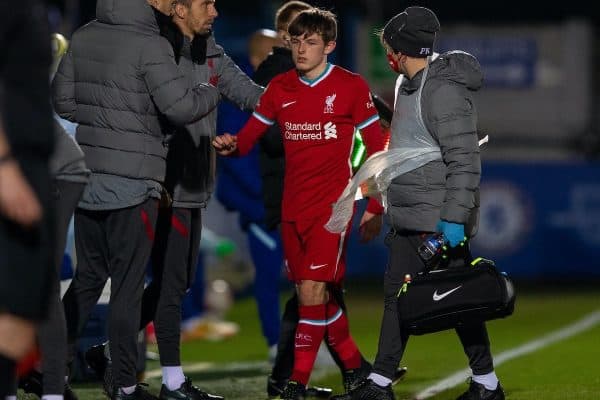 Lewtas was dealt a blow before the half-time whistle blew, however, with Marcelo Pitaluga forced off with a muscle injury, with birthday boy Jakub Ojrzynski coming on to take his place.

And before Liverpool’s third goal of the night, Clarkson was also withdrawn having suffered a groin problem, with it serving as a double blow for both the U23s and the senior side.

Pitaluga and Clarkson have been first-team regulars not only in training but, more frequently of late, on matchdays too, with the latter making the substitutes’ bench in each of the last two games.

The young Reds forged on without them, however, and Stewart scored his first since stepping up to the U23s as he fired in from Morton’s ball into the box.

Ojrzynski was then required to deny Declan Frith, but could do nothing to keep out Tino Livramento with the consolation goal for Chelsea in the 73rd minute.

Fortunately, Liverpool were able to stay firm and hold on for a priceless 3-2 victory.