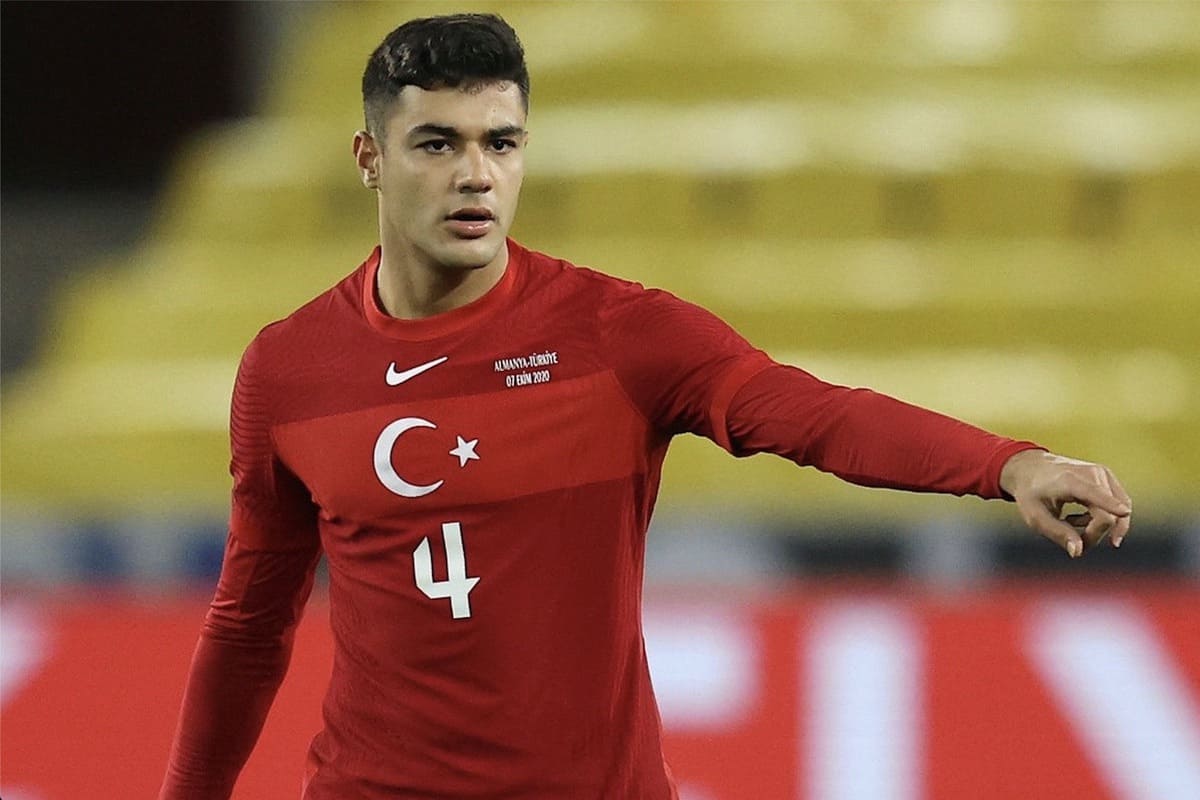 As the transfer rumours continue to fly on deadline day, Ozan Kabak has re-emerged as the apparent favourite for Liverpool to conclude a deal for.

As if there had been no possibility of knowing just how much the Reds needed a defender for the past three months, it has all come down to the final day.

The final hours, as far as Germany goes – as their window closes at 5pm, and we’re seemingly keen to land the Schalke centre-back.

We’ve been through the Sven Botman airplane tracking, the Duje Caleta-Car chase and now have circled back around to a name Reds fans will remember from the summer, with 20-year-old Turkey international Kabak.

We’ve been here before

Yes, we have. Liverpool were strongly linked with Kabak in the close-season as a replacement for Dejan Lovren, with a €40 million fee suggested as enough to get the deal done.

Since then, Schalke’s financial situation has worsened and their sporting situation is abysmal – one win this season from 19 games, bottom of the league, the worst defensive record in the Bundesliga.

Not exactly a ringing endorsement of their centre-back, we know…but there are circumstances that mean much is outside of a single young player’s control.

What’s not outside his control is his own performance level and behaviour.

Kabak has of course been nowhere near his best this year, as is to be expected, but also made headlines for a spitting incident in September which saw him banned for a total of five matches.

He apologised and claimed it wasn’t on purpose, but if he signs, there will no doubt be a question directed toward the manager about this particular incident.

On the flip side: the Reds recently appointed Dr. Andreas Schlumberger as head of recovery and performance. He joined from Schalke, so he’ll have first-hand experience of working with Kabak, his personality and the truth behind that incident, so no doubt character references will already have been sought.

OK, defensive matters. What does Kabak do, and what does he do well?

Firstly, he’s almost exclusively used to playing on the right of centre in the back line.

Secondly, he’s pretty much a monster in the air. Of course he gets a lot of practice, with S04 defending constantly.

Kabak is very much a centre-back who is on the front foot, looks to be proactive and agressive with his work, stopping the play and going out to meet the ball before trouble reaches his zone.

Whether that’s something which Klopp would be keen to encourage or reign in somewhat is debatable, but Kabak doesn’t shirk a tackle and will step out to make blocks whenever needed.

He plays fewer long passes (5.4 per 90) than the Reds’ centre-backs are usually asked to, and with just a 43 per cent success rate here there’s scope for improvement.

For comparison, Liverpool’s average over 7 per game – Virgil over 10 – with the exception of Matip.

There’s no doubt that Kabak is capable of more than he has shown this season with Schalke, and part of that is to do with being in a team losing non-stop, surrounded by negativity and uncertainty.

We’ve all seen what a rebound in confidence can do for players, even over the past week with the forwards scoring again for the Reds.

Positionally and with decision-making on and off the ball, there’s plenty Kabak can keep improving – but alongside better players and getting better coaching, that progression would be expected from a young defender.

It’s worth remembering that despite some disappointments, at age 20 he’s an international with seven caps and has around 70 top-flight games to his name already.

The foundations are there, some positive defensive traits are clear and Klopp would be expected to find ways to smooth out the rough edges – if indeed the deal goes through.