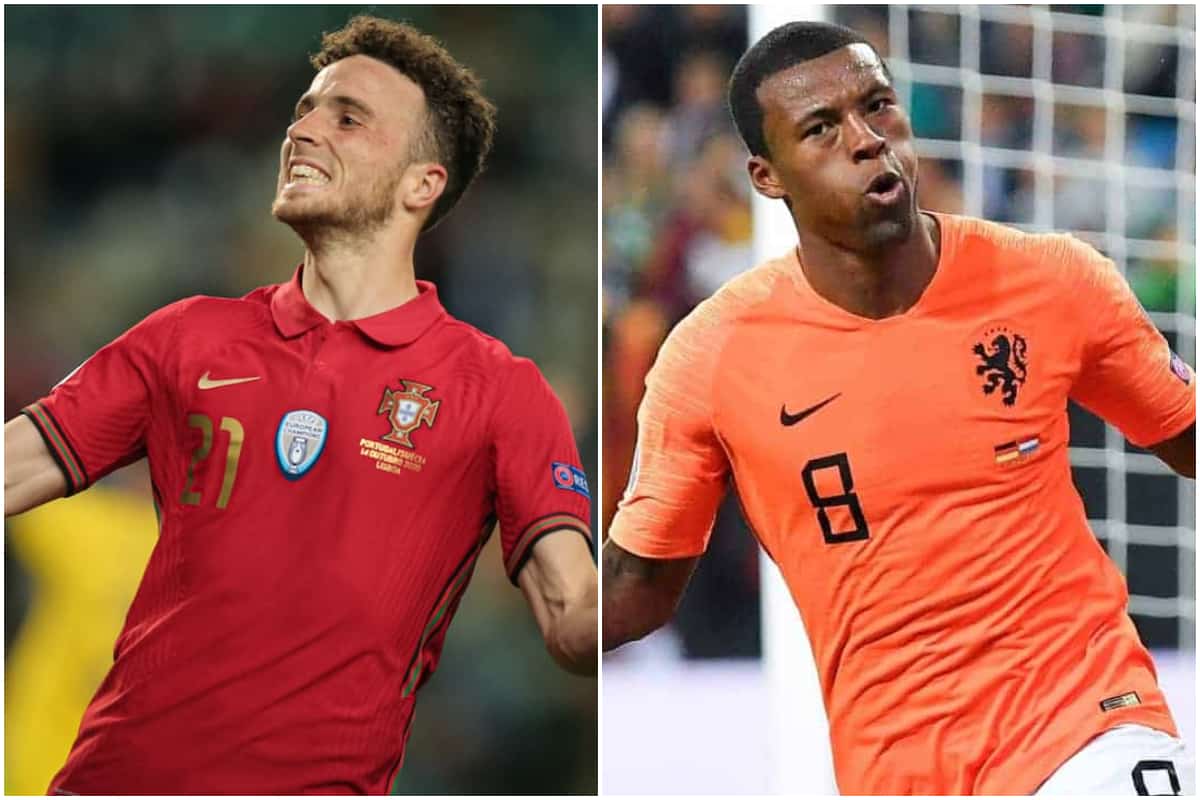 Diogo Jota and Gini Wijnaldum were both on the scoresheet on the penultimate night of the international break, with Ozan Kabak involved in a high-scoring draw for Turkey.

Wednesday brings the final day of internationals for Liverpool, with Jurgen Klopp and a number of the first-team squad having already reported back to Kirkby to begin preparations for Saturday’s trip to Arsenal.

They will be joined by those on duty in the coming days, and morale should be high for many after a positive end to the break on Tuesday.

That is particularly the case for Jota, who scored his third goal – and third header – in two games for Portugal with their first in a 3-1 victory over Luxembourg.

Luxembourg had taken a surprise lead in the 30th minute through Gerson Rodrigues, only for Jota to divert home Pedro Neto’s cross on the brink of half-time to level the scores.

Cristiano Ronaldo and Joao Palhinha secured victory after the break, on a night that saw Jota play 68 minutes, bringing his total for the break up to 153, having been rested for the opening 1-0 win over Azerbaijan.

Wijnaldum, however, started all three games for the Netherlands, and after following up a disappointing 4-2 loss to Turkey with a 2-0 win over Latvia, their spirits were truly lifted with a trip to Gibraltar.

Six different goalscorers contributed to a 7-0 victory, with Wijnaldum getting in on the act with the fourth of the night, having also assisted the opener through Steven Berghuis.

Klopp may not be pleased that his No. 5 played the full 90 minutes against lowly opposition, but the result could give Wijnaldum a boost ahead of his return to Merseyside.

Kabak will be in mixed emotions having recovered from illness to start in Turkey’s final World Cup qualifier of the break, playing the whole game as Latvia came back from 2-0 down to draw 3-3.

Turkey still lead the Netherlands at the top of Group G, however, and Kabak can consider it to have been a productive spell away from his loan club, unbeaten in three outings.

Elsewhere, Sadio Mane came off the bench to play 34 minutes in Senegal’s dead-rubber Africa Cup of Nations qualifier against Eswatini, which ended at 1-1 courtesy of Cheikhou Kouyate’s fortunate equaliser in the 96th minute. 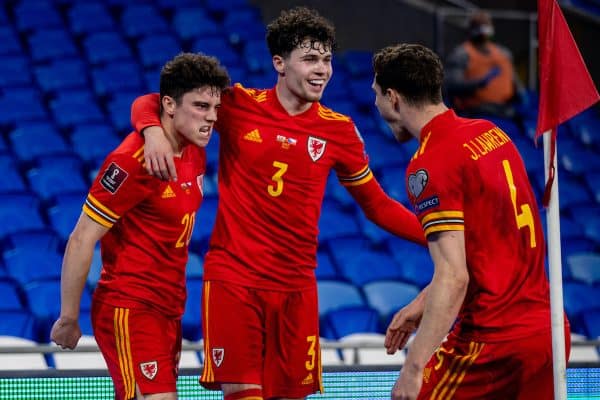 Neco Williams was again fielded as a left wing-back in Wales’ clash with the Czech Republic, but shifted over to the right following a red card for Connor Roberts, with Daniel James clinching the 1-0 victory soon after.

It has been a strong break for Williams, and he was lavished praise by WalesOnline‘s Paul Abbandonato after the win.

“Wales’ best player in the first half, looking composed, quick and purposeful in possession, [then] majestic defensively in the closing moments after Roberts had been sent off,” he wrote.

“Even though he did really well on the left, he’s even better in his natural right-back position.”