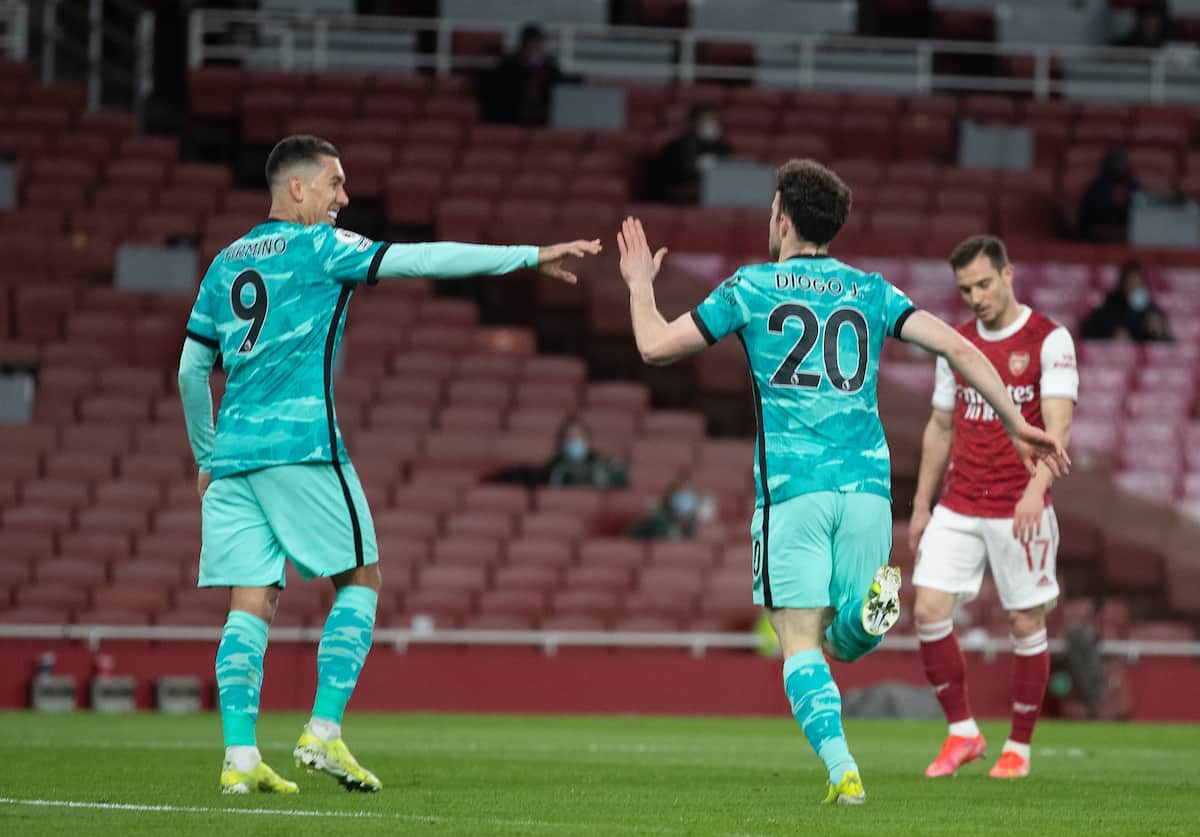 Liverpool returned to action and to winning ways, closing the gap to the top four and preparing for Real Madrid in perfect fashion.

After three weeks without a game, Liverpool returned to action and Jurgen Klopp two changes to the starting XI with Roberto Firmino and James Milner replacing Gini Wijnaldum and Diogo Jota.

Following defeats for Chelsea and Leicester earlier in the day, the Reds knew that a win could put them right back in contention for a top-four place and that is exactly what they did at the Emirates.

Liverpool dominated the opening half an hour in terms of possession and territory, but without really creating any clear-cut chances.

There were, though, plenty of opportunities – but the front three repeatedly fluffed their lines and failed to make the final pass or get the shot away.

The best chance arrived for Milner in the 35th minute on the edge of the box, but he side-footed his shot wide when he really should have hit the target. 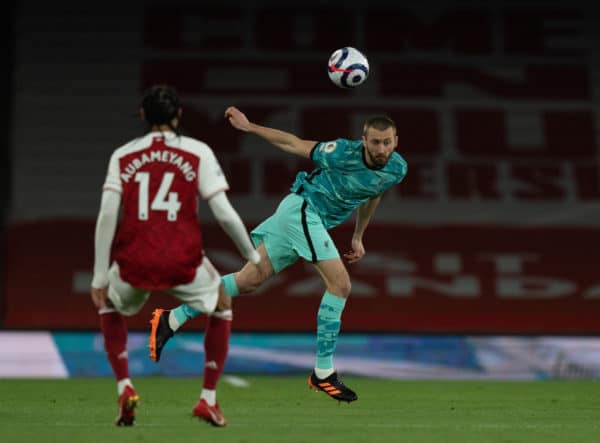 Arsenal, on the other hand, offered very little threat. That the home side could be so passive and yet Liverpool still didn’t take advantage was somewhat concerning.

The second half followed much the same pattern: Liverpool with more of the ball, but failing to create many chances and those that they did they never had any conviction.

That all changed on the hour when Diogo Jota replaced Andy Robertson, with James Milner moving to left-back. It meant a change to a 4-2-3-1 shape.

It was the sub who instantly provided the finish that the Reds needed, heading home Trent Alexander-Arnold‘s superb cross from the right within five minutes of the Portuguese coming on. 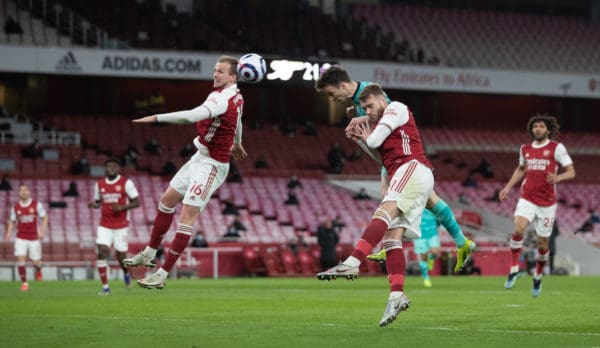 The lead was doubled four minutes later when Fabinho‘s ball behind released Mo Salah and the Egyptian kept his cool to slide the ball past the goalkeeper for his 18th league goal of the season.

Liverpool were enjoying themselves and started to look like their old selves, adding a third when Jota arrived into the box to finish from Salah’s low ball into the box.

It was Jota’s fourth goal in three games – his eighth league goal in 13 appearances since signing for the champions last summer.

The result also meant a fourth clean sheet for Ozan Kabak and Nat Phillips‘ – they’re yet to concede from open play as a defensive partnership.

The three points moves Liverpool to two points behind fourth-place Chelsea – but next up it’s a trip to Madrid to face Real in the quarter-final of the Champions League.

It’s three wins in a row in all competitions for the first time since November… are the Reds hitting form at exactly the right time of the season…?