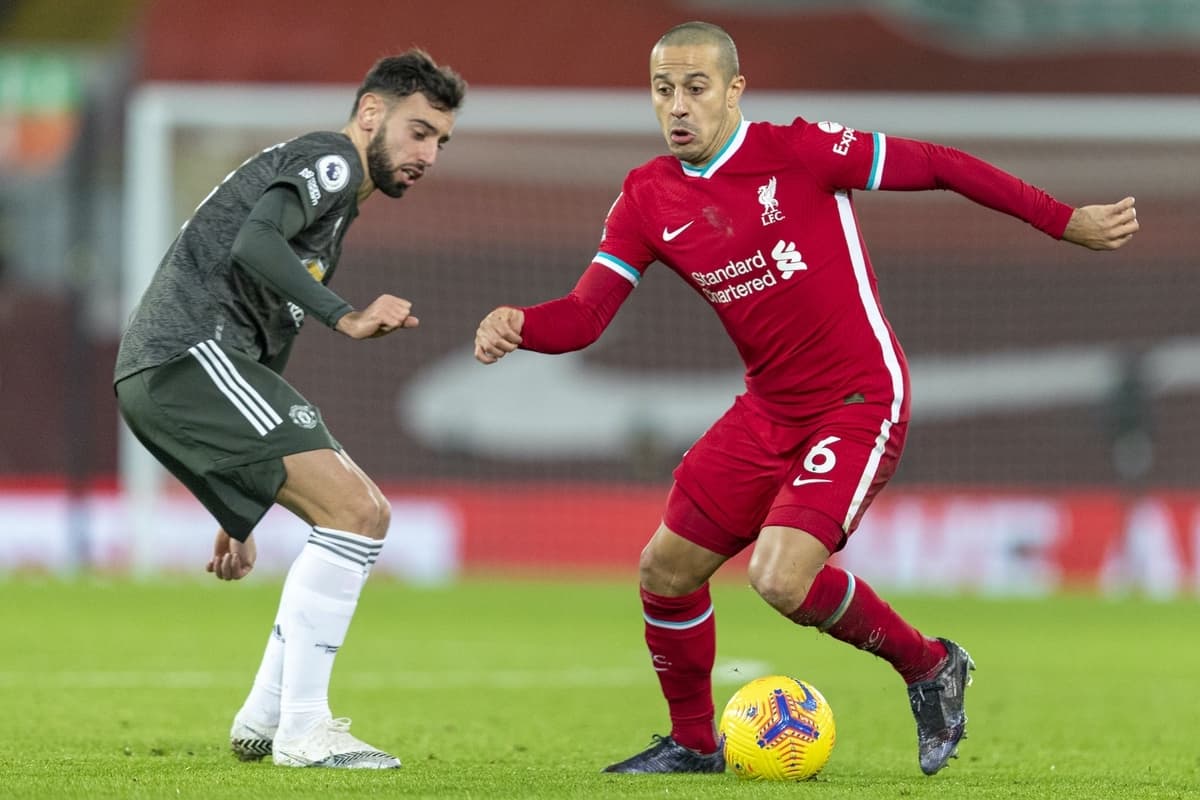 Liverpool simply have to beat Man United this weekend in order to maintain faint top-four hopes, but their supporters are in positive spirits ahead of the game.

Just as it looked as though the Reds were primed for a top-four assault, they go and slip up against both Leeds and Newcastle.

It has been another dispiriting few weeks in a terrible season, but Jurgen Klopp and his players have to regroup ahead of Sunday’s trip to Old Trafford.

Liverpool have been famously poor there in recent years and they face a United side who are set to finish second in the Premier League, not to mention being favourites to win the Europa League.

With kickoff fast approaching, we got in touch with United fan and Morning Star sports editor Kadeem Simmonds (@KadeemSimmonds) to hear about life under Solskjaer, Liverpool’s woes and Sunday’s clash.

How would you assess Man United’s season? Happy? 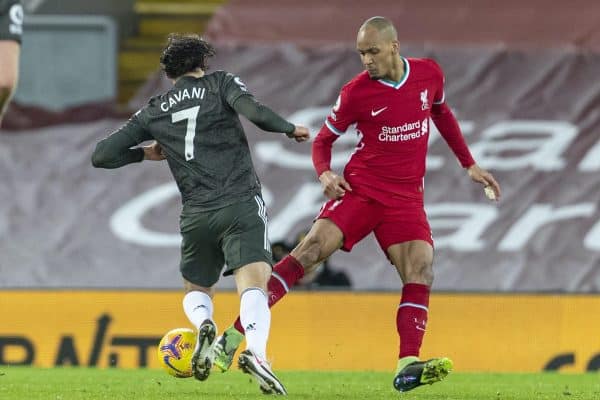 Ever the optimist, I’m not unhappy with it. Second is the bare minimum for me, but I grew up in an era where United finished either first or second.

Our likely second-placed finish has some caveats, though, namely the terrible season of Liverpool, Frank Lampard’s Chelsea and Arsenal being, well Arsenal.

That being said, I would have loved to have made the FA Cup final, and unless we go on to win the Europa League, it will be somewhat of an acceptable season.

Love him or hate him, Ole Gunner Solskjaer will have guided United to second, and while it may not have been that much of a title challenge, he’s done better than many would have thought he would have been able to achieve, even with the likes of Paul Pogba and Bruno Fernandes.

Do you feel Solskjaer is the man the guide to back to the very top?

Honestly, yes. He manages to beat Man City on a regular basis and can hold his own against the other top sides – it’s just turning these dull draws against mid-table teams into convincing wins and mounting a credible title challenge.

So much will depend on this summer, though.

Finding an actual good centre-back to partner Harry Maguire is key, because he isn’t as dominant as people want him to be.

Similarly, finding a midfielder who is comfortable picking up the ball from the defence and progressing it through the lines, as well as one who can win his battles defensively and shield the back four, is also important.

What I’m saying is Ole needs at least three signings down the middle of the park if he wants to win a title at United – that or City totally fall apart next season, Liverpool stay this bad and the rest of the league feels sorry for United and let them win the league at a canter.

Who have been United’s three best players so far?

Luke Shaw, Luke Shaw and Luke Shaw. Everyone else has had periods of brilliance.

Pogba has probably had his best season for the club, but even that falls below the standards he set at Juventus and for France.

Mason Greenwood has had a good few weeks recently, Aaron Wan-Bissaka has got better, Fernandes hasn’t got worse but his decision-making frustrates me more than other fans.

I refuse to praise him when he makes a successful through ball, given how often he gives it away when the simple pass is on.

But Shaw has been immense. He took the challenge of Brandon Williams last season and the arrival of Alex Telles this and become the player he was before his horrific leg break.

He speaks of having a manager who believes in him as being a massive difference and it shows.

Obviously a special mention to Marcus Rashford for just being the leader this country needs, too!

We, or maybe I, had hoped Anthony Martial would kick on from last season and become the No. 9 United really need.

Edinson Cavani has come in and shown the others how it’s done, and while I don’t subscribe to the opinion that his way is the only way to play the position, Martial’s disappointing season has once again raised doubts about his long-term future leading the line for this club. 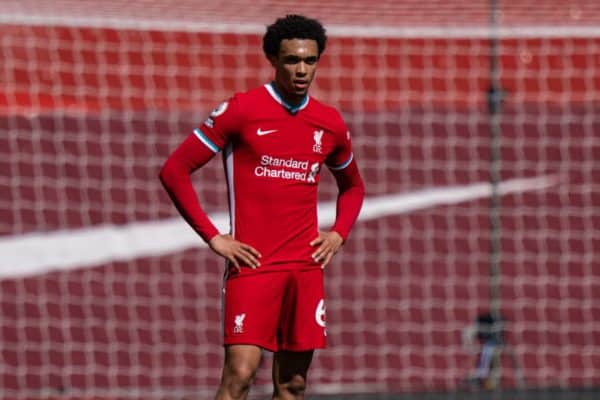 Like I’ve said before, injuries to key players and the key players that have stayed fit just having no form have both played a big part.

In my opinion, it is a case of the last few years catching up to this group of players.

The long runs in the Champions League, chasing City in the league and then eventually overcoming them took so much out of them.

Lose on Sunday and I highly doubt it.

The rest of your schedule looks winnable, but given how often Liverpool have lost games they should be winning, on paper anyway, then you’re relying on having the perfect end to the season and hoping teams above you slip up. 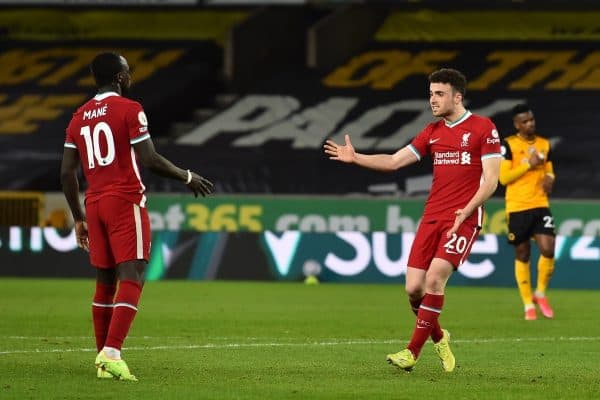 Diogo Jota is the one who worries me.

The rest of the front three are in such bad form that it wouldn’t surprise me if they have a great day on Sunday. That’s just how football works

I’ve never feared Mo Salah in these games, however, and Roberto Firmino does most of his damage outside of the box. Mane is a shadow of his former self.

So as long as we can keep Jota out of the game and trust that the others keep playing badly, I can rest easy. 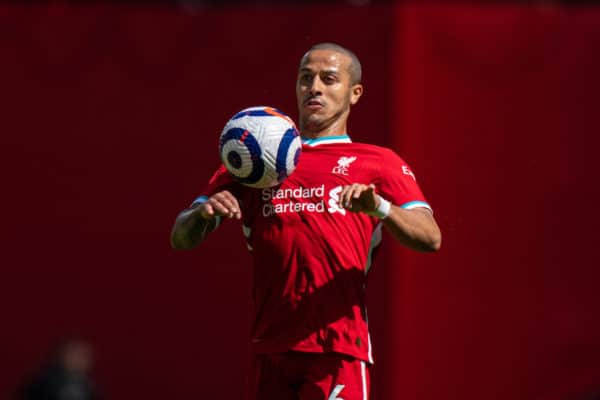 Assuming Ole starts Fred and Scott McTominay, it will come down down to those two stopping Thiago and Fabinho from dictating play – mainly Thiago, to be honest.

His season has been largely underwhelming so far, but he still has the skill and vision to have the aforementioned duo turning and chasing shadows for 90 minutes.

It will be interesting to see if United start Pogba out wide and whether he can trouble Trent Alexander-Arnold, forcing the defender to think carefully about his runs up the pitch. 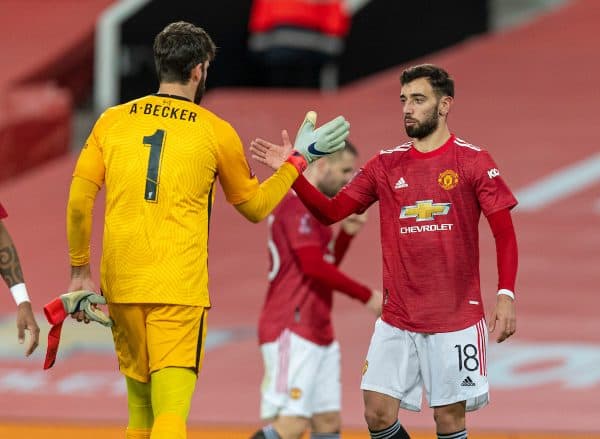 I’m backing United to get the job done and win 3-1. I really hope this doesn’t come back to bite me.