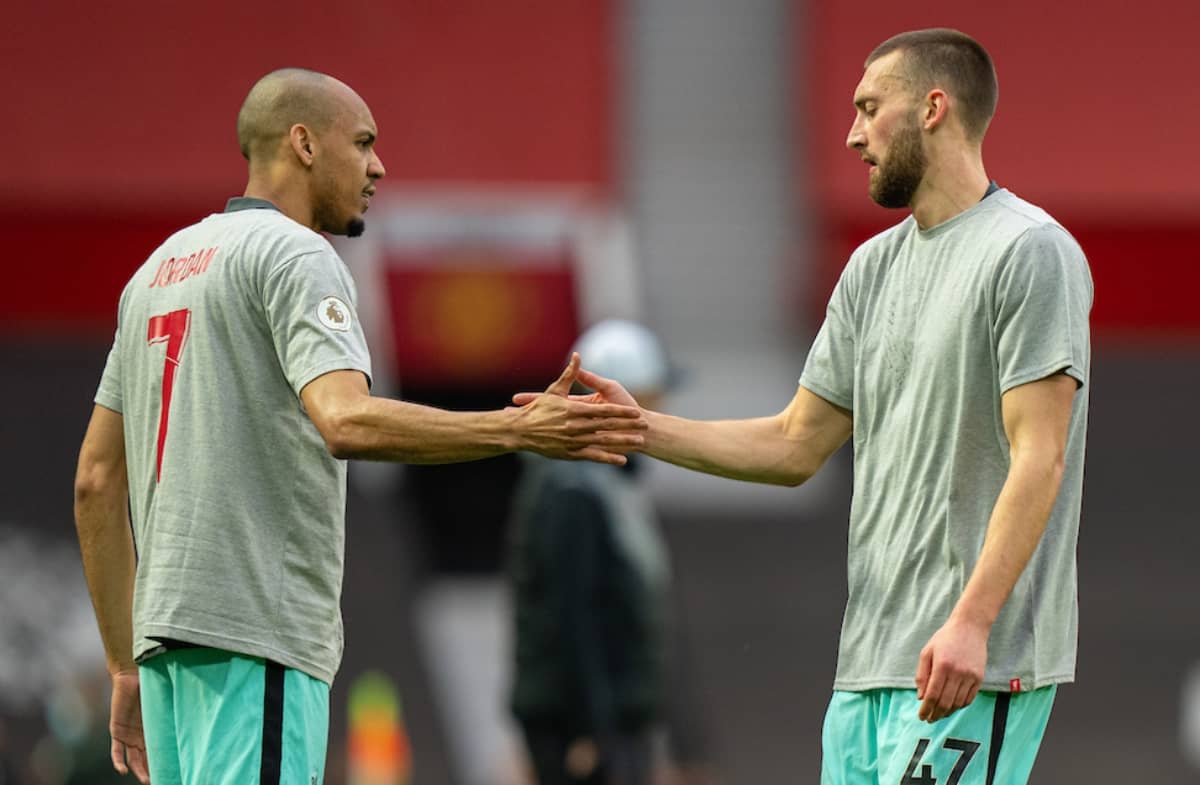 Unexpectedly thrust into a key centre-back role, Nat Phillips has had five different defensive partners but is now showing his “leadership face” having acclimatised to the role.

From the brink of an exit to a key role at the back, Phillips’ season has been full of twists and turns. Not to mention the ever-revolving door in central defence.

In his 17 appearances to date, the 24-year-old has had five different partners having assumed the role of Jurgen Klopp‘s first-choice centre-back.

Phillips knows his standing in the side but he acknowledged his desire to strive to be a long-term starter “is going to bring the best out of me” and improvements have been noted by Fabinho.

The Brazilian has nestled both alongside and in front of Phillips this season and has noticed Phillips’ growth in finding his voice on the pitch – especially after the win at Man United.

“I always try to be in the best position to recover the ball, to protect the defence – it doesn’t matter who are the centre-backs. Rhys and Nat played a really good game [at United],” Fabinho told the club’s official website.

“Especially with Nat because now he has stepped up and starts to show his leader face as well.

“We really need someone at the back who can talk to the other players to be in the right position or to protect, in my case. The communication between us works really good.”

The win at United saw Phillips thrust into a number of key moments from conceding the first to setting up Liverpool’s opener, while a goal-line clearance also proved instrumental.

As Fabinho noted, his growth has seen him settle nicely into the side during a time of significant turbulence at the back and irrespective of where his future lies, this season will prove transformational for his career.

And it’s interesting to note that the pair were on the field at the same time in 2018 for a pre-season friendly against Torino, offering Fabinho a wider view of his teammates development.

The 24-year-old is expected to lineup for his 18th appearance of the season on Sunday, with Rhys Williams set to be his partner for the fifth time.

Liverpool need to keep up their winning streak at West Brom to ensure they remain in the top four race, in what is the first of “three finals” to close out the campaign.