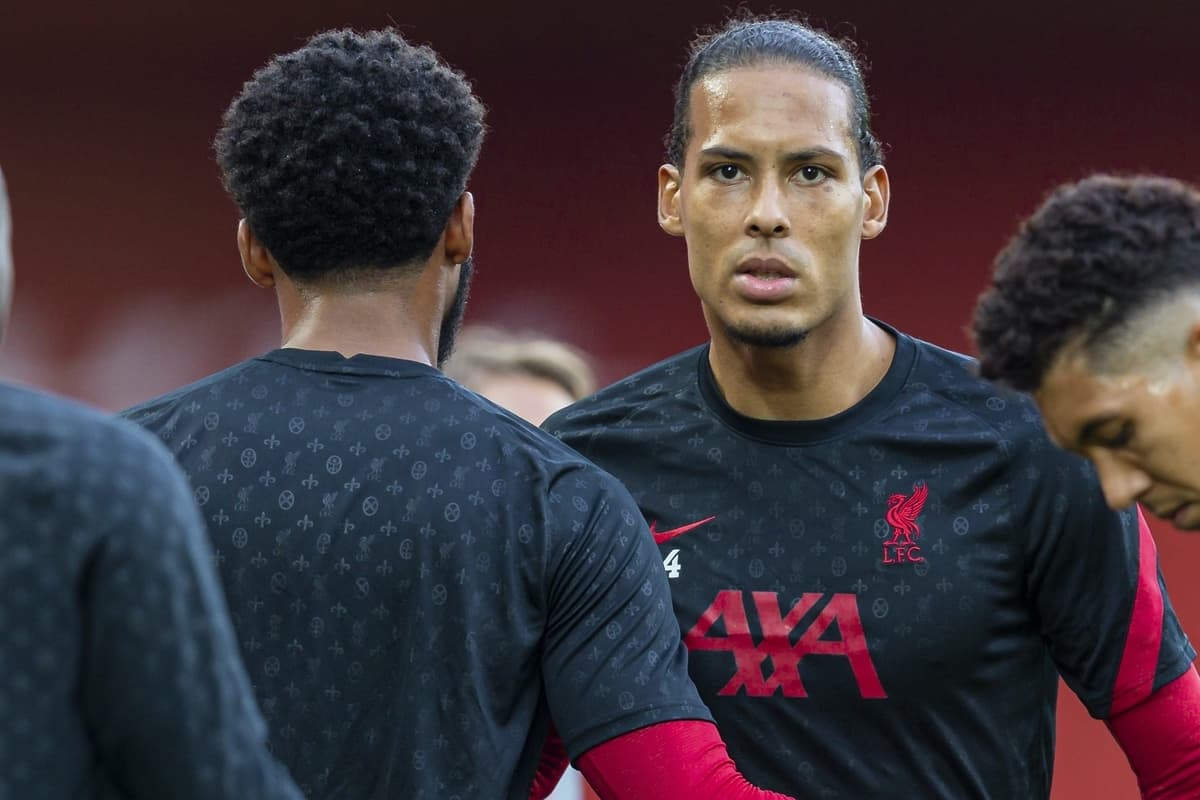 Joe Gomez and Virgil van Dijk took part in ball work at Liverpool’s training ground on Tuesday, while Jurgen Klopp welcomed back another player from a long-term injury.

The Reds are in the middle of their longest uninterrupted period of training at Kirkby this season, due to the postponement of Sunday’s Premier League clash with Man United.

That has allowed Klopp and his staff to oversee extended preparations for the visit of Southampton, and the manager held another session in front of the cameras on Tuesday afternoon.

Not part of the group but training separately outside were Gomez and Van Dijk, with the No. 12 seen working with the ball outside for the first time since his knee injury in November.

Gomez is believed to be slightly behind Van Dijk in his recovery, but it could be a matter of weeks between the pair, with both expected to be back in time for pre-season – along with Joel Matip, who is also running outdoors.

Van Dijk, meanwhile, could be seen performing a series of dynamic running exercises, which is a big boost as he recovers full movement following his ACL blow.

“In rehab it always starts with straight-line running. I’m not sure if you saw Virg running a lot of curves or just straight,” Klopp said last week, after Van Dijk’s latest Instagram update.

“There are a lot of things to come, you go through a lot of steps until you are finally ready to join team training.”

While the manager insisted “they are all quite away from that,” including Jordan Henderson too, it is encouraging to see Gomez and Van Dijk edging closer to their returns in particular.

Tuesday’s session saw the comeback of Caoimhin Kelleher, who has been sidelined with a stomach injury since the start of February.

Xherdan Shaqiri was also back, having not been spotted in the buildup to the Man United trip, but there was no sign of James Milner – though that could simply be due to the vice-captain avoiding cameras.

The rest of the squad was as expected, with Divock Origi the only shorter-term absentee beyond Van Dijk, Gomez, Matip and Henderson.