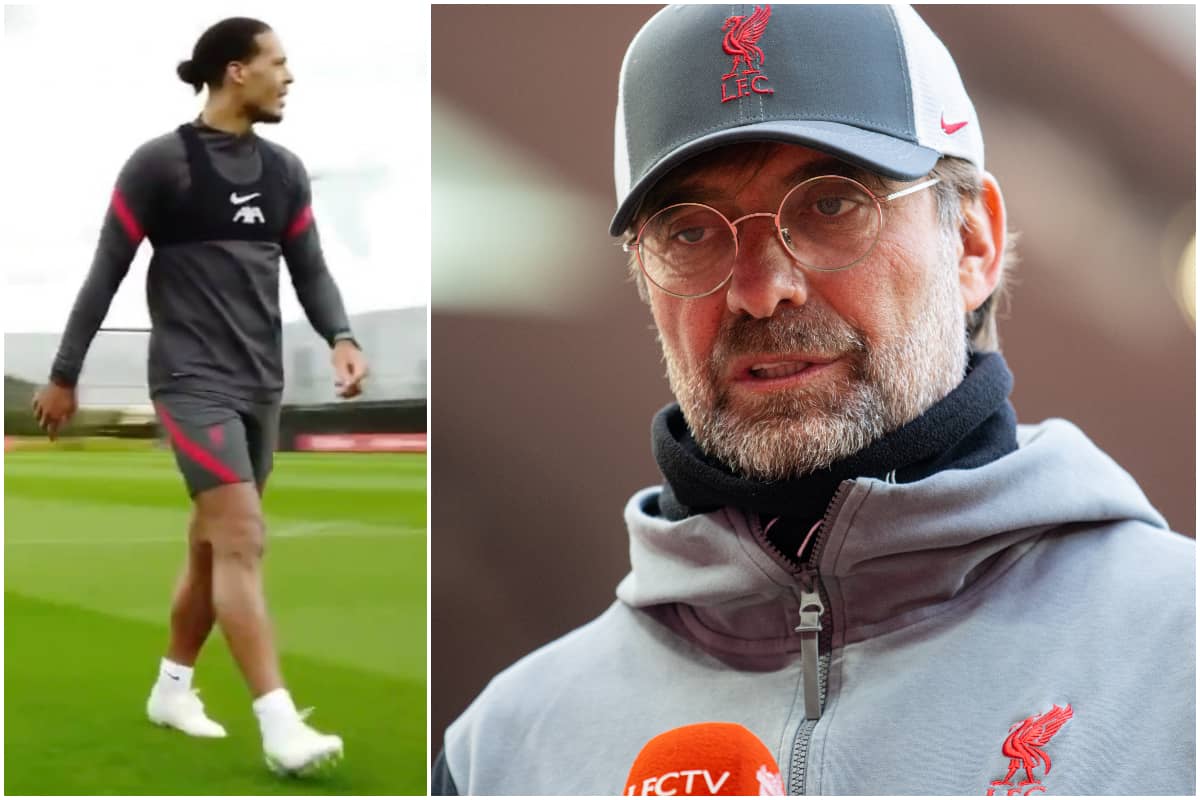 Jurgen Klopp has cast doubt on whether Virgil van Dijk or Jordan Henderson will be back in action before the end of the season, despite another update from the No. 4.

Of Liverpool’s many injury problems this season, Van Dijk’s ACL problem has been the worst and most impactful, with the centre-back out since October.

There were initial hopes that he could be back before the end of the current campaign, with a return-to-play timeline suggesting he could be involved in May, and his regular updates on social media have hinted that could be possible.

Thursday saw the Dutchman share his latest post, a simple video of him running on the pitch at Kirkby, set to the soundtrack of Fleetwood Mac’s ‘Dreams’:

Unsurprisingly, the response was positive, with his compatriot Nigel de Jong lauding the “come back stronger vibes” on Instagram, while Luis Garcia said he was “almost there.”

But in his pre-Man United press conference on Friday, Klopp stressed that “nothing changed” when it came to long-term injuries to Van Dijk, Henderson, Joe Gomez or Joel Matip.

“I don’t have enough English words to describe the same thing this often,” he said, when asked about Van Dijk’s update.

“Imagine if they wouldn’t be able to run in the moment, that would be really bad.

“So they do running, in rehab it always starts with straight-line running. I’m not sure if you saw Virg running a lot of curves or just straight. 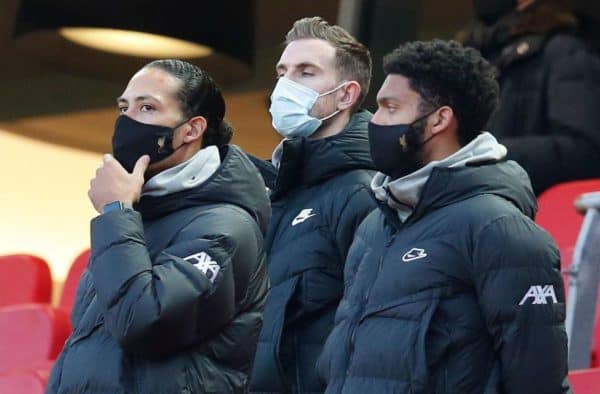 “There are a lot of things to come, you go through a lot of steps until you are finally ready to join team training.

“Especially with long-term injuries, there are a lot of steps to go, and they are all quite away from that.

“Nobody told me: ‘Fasten your seatbelt, make yourself ready, the boys will be in team training next week’. So no, nothing changed really. But they are in a good way.”

It seems there is no good news on Caoimhin Kelleher or Divock Origi, either, with Klopp saying that the health of the rest of his squad is “all the same” ahead of Sunday’s clash with Man United.

The manager offered nothing when it came to Xherdan Shaqiri, despite the Swiss not being pictured in training earlier in the week.