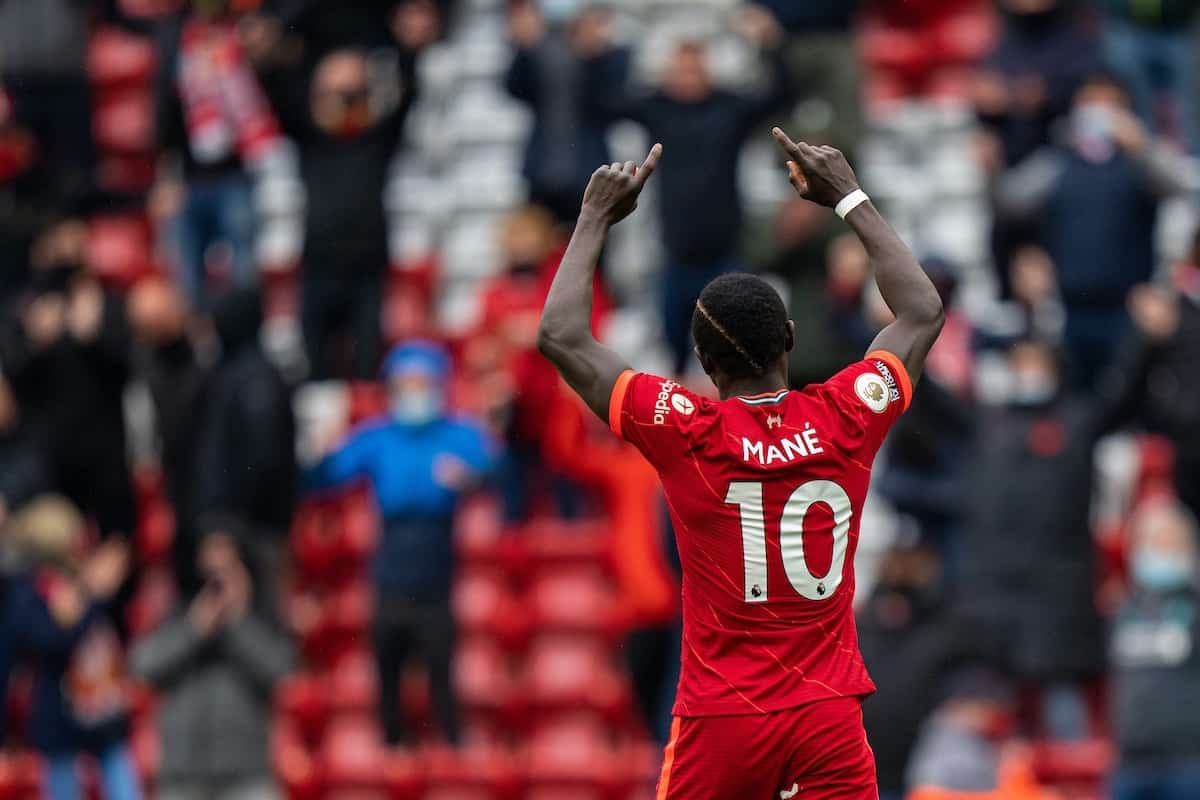 Liverpool’s 2-0 win over Crystal Palace and results elsewhere saw the Reds finish the season in third, which would have been unbelievable only a few short weeks ago.

The final day of the season was finally upon us and 10,000 Reds were in attendance as Liverpool pushed to secure a top-four spot – but it would get better than that!

Palace provided a few early scares before Jurgen Klopp’s men got into the groove, and after a wave of chances Sadio Mane turned one in at the back post.

The second half would see it live up to the last game of the season vibes before our No. 10 once again etched his name on the scoresheet to all but deliver Champions League football for next season.

Gini Wijnaldum would get an Anfield sendoff he so thoroughly deserved and results elsewhere mean Liverpool finish this tumultuous campaign in third place.

After the season we’ve had, finishing 3rd was massive…

Third place after the shit we went through early this year? I'd have had you locked up for insanity. #LFC

Amazing achievement by Klopp and his team. Eight wins from last ten games to qualify for the Champions League.

No Van Dijk, Gomez & Matip for the vast majority of the season. Henderson, Thiago, Jota & Ox out for 2+ months. Fabinho, Kabak, Milner, Keita all missing a major chunk of games through injury.

To finish 3rd is a quite remarkable achievement in the face of enormous adversity.

How the fuck have we finished third!? ?

Liverpool finishing 3rd with the spine of the title winning team gone, a centre back pairing of someone all but out the door & one who was playing in the National League last year. The job Klopp has done with all these injuries is miraculous. A happy end to a slog of a season.

That turnaround for the final run-in was superb. Real character shown, topped off with today’s win. Champions League anthem will ring out at Anfield again. This team will be back at its best soon, signs are there. Won’t miss this season at all. #LFCdigest

Liverpool finishing 3rd after everything they have faced this season tells you everything you need to know about the team. Well done reds!

Bring on next season! #LIVCRY | #LFC

Thiago’s 1st game with fans at Anfield was applauded…

Unfair how good Thiago is

That pass from Thiago for the Salah chance was absolute fucking filth ?

Thiago just teaching us all how to play football???

Watching Thiago now it's hard to believe this is the same player who was left out of both legs v Real Madrid. Been so good over the past month.

Thiago is the best midfielder in the league by a mile, lads an absolute joy to watch

People deemed Thiago less than he was because he had adapted his game to always give our CB’s an option as they weren’t great on the ball (not slagging them). He is immense, a pleasure to watch in the flesh and is gonna be a treat next season. #LFC

“Good luck Gini. Thank u for everything.”

– Judge Red on the This Is Anfield.

“Thank you Gini. You are officially a Liverpool legend.”

– IndoKop on the This Is Anfield.

Gini Wijnaldum is a Liverpool legend.

An integral part of Liverpool’s recent success & a superb servant to the club. #LIVCRY | #LFC

Gini, you beautiful man. You Liverpool legend. So long and thanks for all the fish. pic.twitter.com/U1kW7dBlEd

And there were plenty of positives on a momentous day…

Excellent by Salah. Been fantastic all game. Rather than shooting from a decent position decides to lay it off.

Mane picked a great day to remember he can play football.

Watching Trent Alexander-Arnold play these last few weeks, it seems inconceivable that he won't be at the Euros. Yet, come Tuesday, it's almost certain he won't be in the 26-man party.