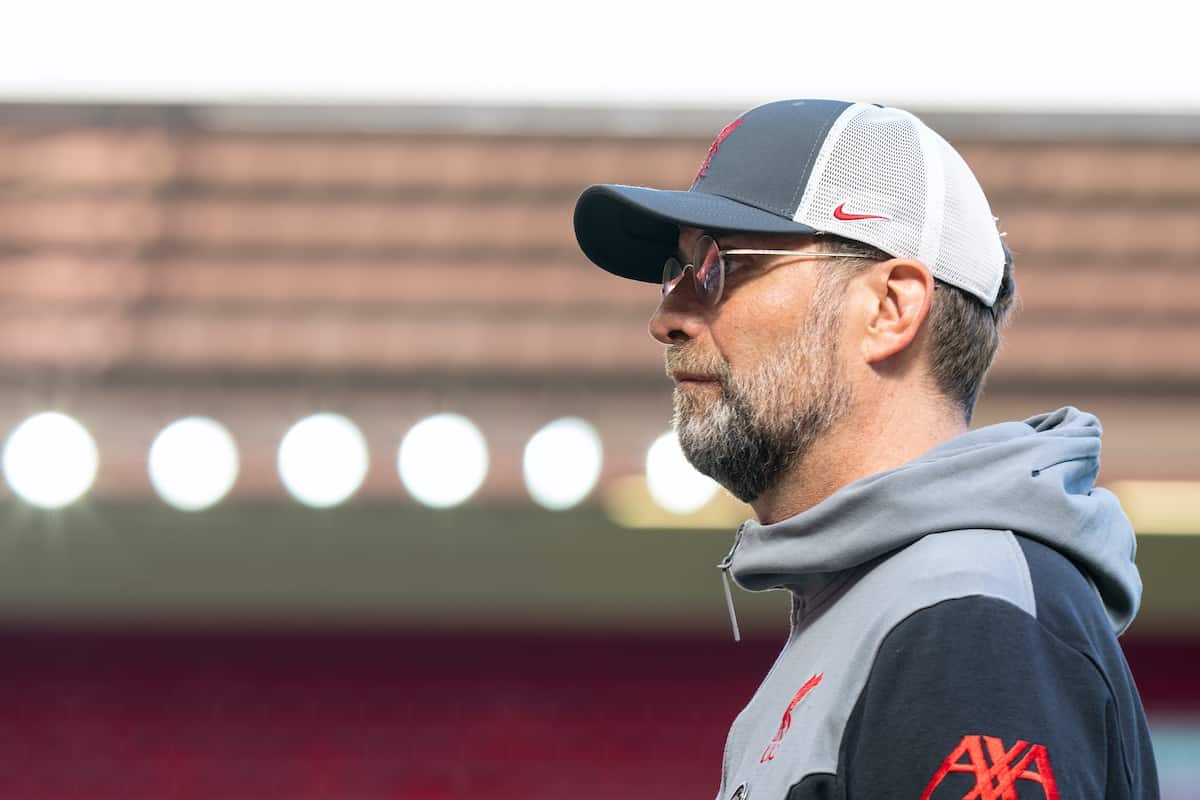 Jurgen Klopp accepts top-four is not a certainty this season and insists the club is prepared for “everything” should Champions League football not return in 2021/22.

The Reds have thrust themselves back into the race for a top-four spot thanks to seven games unbeaten and results elsewhere falling their way.

And three more wins are now needed to guarantee a place at Europe’s top table, starting at West Brom on Sunday before facing off against Burnley and Crystal Palace.

Liverpool players are desperate to get over the line and if they do it will prove a major boost to the club in the aftermath of a pandemic season.

But Klopp has explained that contingencies are in place to prepare for any and all eventualities in the transfer window and beyond should top-four not be secured at season’s end.

“The season always has an impact on the next season, that is clear. If it’s success-wise or if it’s money-wise,” Klopp said.

“We try to be prepared for pretty much everything, from a scouting and coaching point of view. We have always said that.

“To be honest, we always said that, I’m six years in, the first year I don’t think we had a proper chance to qualify for the Champions League and from then on I think we qualified all the time.

“And it was always the main target. That says something, means it’s really important for the club.

“But this season has had so many turns, ups and downs, we shouldn’t be acting like it going to happen.

“It’s important, for the players it’s even much more important from a joy point of view. They want to desperately play Champions League.

“And so we have to use that. We will not stop playing if we don’t qualify and we will not buy eight players if we qualify.

“That’s not the difference, we have to do serious stuff and we will see how that works out. Then we will play the new season.”

The comments fall in line with Klopp’s earlier statement that “big-money” moves won’t be common this summer and that returning players from injury will be “our first transfers.”

Liverpool have been meticulous and diligent in their transfer work and are often prepared to play the long game and the financial hit of a pandemic, and possibly no Champions League football, could see the Reds look toward lower-cost signings rather than transformational ones.